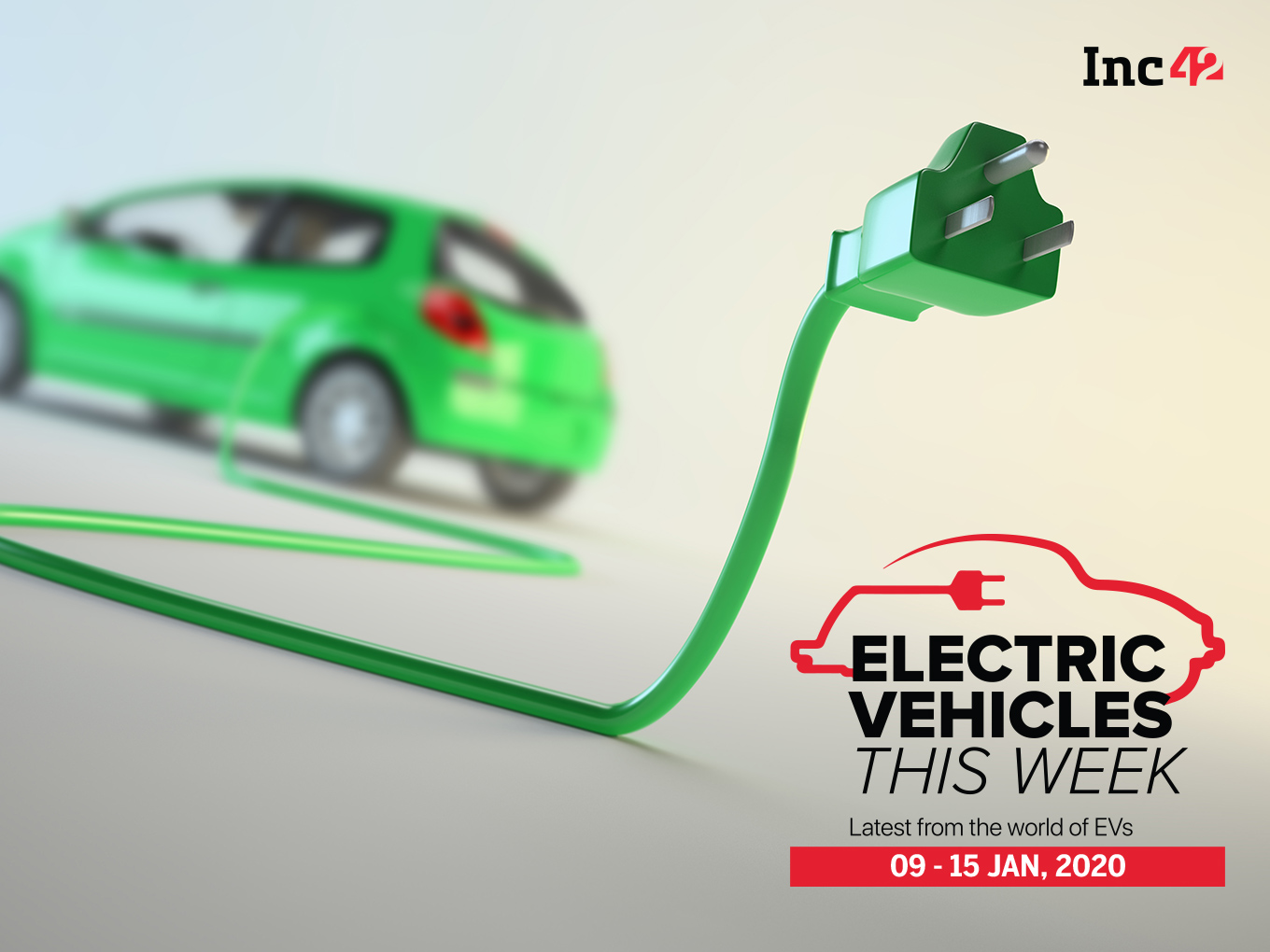 Uber partners with Hyundai to develop a flying taxi

Indian automobile giant Mahindra Electric recently, in a press conference, elaborated on its emobility roadmap for India. For starters, the company will be rolling out the electric version of its KUV sports utility vehicle in the first quarter of the financial year 2020-21. The vehicle will also be displayed at the Auto Expo 2020. Mahindra will also be launching ATOM Electric in the third quarter of FY21 for the shared mobility fleet.

Besides this, the company is also planning to get into localise EV production by using parts manufactured in India. However, battery cells will not be a part of this localisation drive. For this, the company will be expanding its Bengaluru production unit and set up a new research and development (R&D) in the city.

Mahindra and Mahindra also announced that it is looking to electrify radio taxi operator Meru’s fleet to focus on airport transportation.

Chart of the week: Cost Breakup Of E-Buses

German luxury carmaker Mercedes-Benz has announced that it will be launching its new ‘EQC 400’ in India by April 2020. In addition, the company is also planning to set up 4K solar panels to power the EVs. In November 2019, Mercedes-Benz’s CEO and managing director, Martin Schwenk, said that the company will stay away from the Indian emobility market.

The Telangana government has recently announced its partnership with Rajasthan Electronics and Instruments Limited (REIL) to install 138 charging stations across the state to promote EV adoption by 2021. The project is in line with the central government FAME 2 scheme and the state government’s EV policy.

This week, Volvo announced that it will be launching its first EV — XC40 — in India by late 2021 or 2022. The XC40 was officially launched in October 2019. Currently, Volvo only sells the XC40 car with a petrol engine in India. The diesel version was discontinued recently.

Fisker Ocean’s Electric SUV To Be In India By 2023

US-based electric car manufacturer Fisker announced that it will be launching its new Fisker Ocean Electric SUV in India by 2023 or early 2024. The announcement was made at the Consumer Electronics Show 2020 (CES 2020), where the company also showcased the vehicle.

This week, the Gujarat Government announced that it will install electric vehicles (EV) charging stations at multi-level parking lots and public places across the state with the help of Ahmedabad Municipal Corporation (AMC).

The parking lots will reportedly have an average charging capacity of 400 cars and 600 two-wheelers on each floor. Moreover, to further deal with the charging anxiety of EV users, the Gujarat government would also allow users to pre-book the charging slot using a mobile application, which it is working on.

Goa-based EV tourism startup B:Live has expanded its services to Kerala. The company has already launched its operations in Kochi and will be venturing into Kottayam and Kovalam in the next few months. The company plans to deploy over 100 electric bikes in the state.

Bengaluru-based B2B EV fleet provider Lithium Urban has been in partnership with Mahindra Electric for the last five years. Under the partnership, Mahindra provides its EV models to Lithium Urban. In a press conference, the companies announced that they have covered 100 Mn e-Kms together with 1K Mahindra EVs.

Indian two-wheeler manufacturer Bajaj Auto launched the electrified version of its classic scooter Chetak, which was discontinued in 2009. The electric scooter is available in two variants — Urbane and Premium — starting from INR 1 Lakh for urbane variant and INR 1.15 Lakh for a premium version.

Startup Of The Week: Numocity Technologies

Founded in December 2018 by Ravikiran Annaswamy, Siddharth Sreenivasan and Muralidhar Somisetty, Numocity Technologies is a software as a service (SaaS) based tech company that provides digital solutions for electric mobility infrastructure.

“Our goal is to be a world-class player with solutions built for scale and global reach. We have earlier experience building complex systems and confident that our platforms will successfully solve the energy challenges in the EV Ecosystem,” Numocity Technologies’ cofounder, Ravikiran Annaswamy, said.

Volkswagen To Be Largest EV Manufacturer By 2028?

Consulting firm Wood Mackenzie, in its recent report, noted that Volkswagen is poised to be the largest EV manufacturer by the end of this decade. The report also notes that Volkswagen is currently at the tenth position globally, but is expected to produce 22 Mn EVs by 2028.