B:Live will operate out of Kochi, Kottayam and Kovalam

Currently, it ties up with government and premium hotel chains 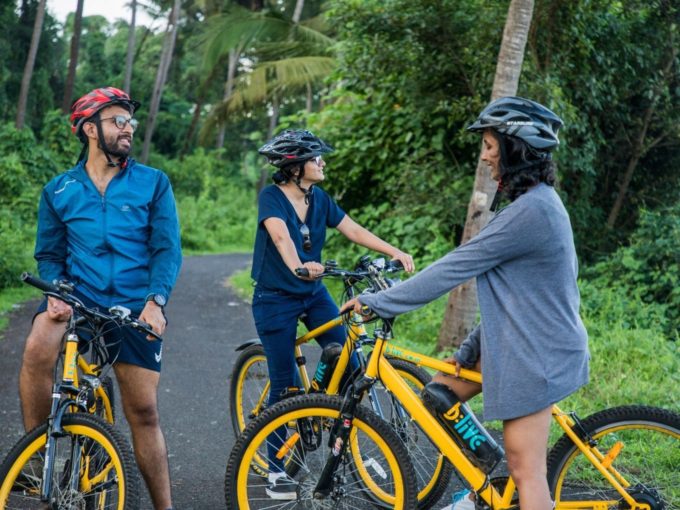 Goa-based electric vehicle (EV) tourism startup B:Live has expanded its services to Kerala, where the company plans to deploy over 100 electric bikes.

B:Live has flagged off the services in Kochi and will eventually start operating in Kottayam and Kovalam in the next few months. The company has also partnered with the government of Kerala for the same.

The company’s cofounders Samarth Kholkar and Sandeep Mukherjee, in a press release, said, “Our tours in Kochi offer a unique and fun way of exploring the city on e-bikes. Each tour is led by a local experienced caption for an intimate experience of the rich & diverse culture of the state zipping through some of the most fascinating and beautiful experiences.”

Founded in 2017 by Samarth Kholkar and Sandeep Mukherjee, B:Live offers immersive tours on its smart e-bikes. For this, the platform works closely with multiple state governments to encourage the early adoption of EVs across all tourist destinations in India.

In addition, B:Live also ties up with premium hospitality chains — Taj, Club Mahindra, Marriott, Hyatt, Hilton, Novotel, Radisson, etc — to give curated tours to their guests. So far, the company operates in multiple cities of five states — Goa, Puducherry, Karnataka, Rajasthan and Gujarat. The company aims to bring an eco-tourism revolution in the country through its curated experiences powered by EVs.

Previously, B:Live’s founders highlighted that the EV tourism startup has completed over 2000 rides, which has prevented close to 2 tonnes of CO2 emissions.

In September 2019, B:Live raised $563.18K (INR 4 Cr) funding from DNA Entertainment Networks, which the latter called a strategic investment. With this funding the planned to expand its presence in the country and strengthen its technology platform.

Now, B:Live has the agenda to launch in 10 new locations in India this year and to 30 locations by 2023 with help from the Ministry of Tourism, state governments and major Hospitality chains, the company’s founders added.

B:Live had also expressed its aim to explore “popular experiential tourism destinations” in South East Asia and claims to have received a good market response.