Secondary transactions are expected to provide exit to early investors

Byju's plans to launch Online Tutoring in next few months

Byju''s has reportedly been valued at $8 Bn with this investment 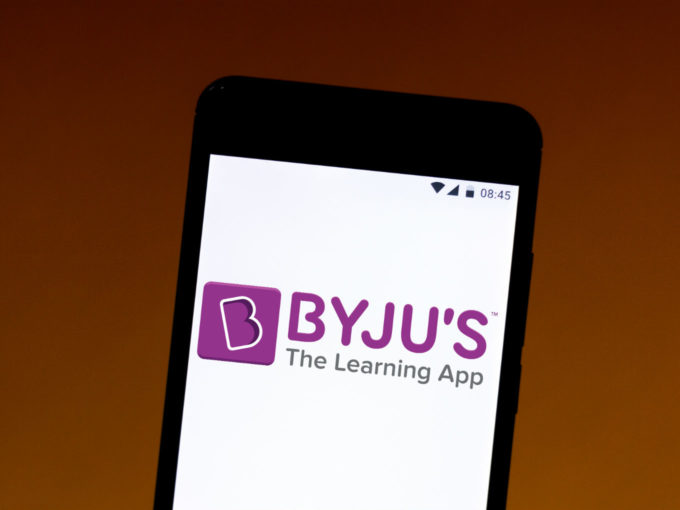 Bengaluru-based edtech company Byju’s, on Thursday (January 9), announced that it has raised funding from New York-based Tiger Global. The company didn’t share the funding amount, but reports have said that Tiger Global has invested $200 Mn in Byju’s.

The report further said that secondary transactions, estimated at $100Mn-$200 Mn, are also expected to provide exit to early investors. The round reportedly valued Byju’s at $8 Bn. The company didn’t specify the same and also didn’t share details of plans to use the funds.

Byju Raveendran, founder and CEO, Byju’s said, “We are happy to partner with a strong investor like Tiger Global Management. They share our sense of purpose and this partnership will advance our long term vision of creating an impact by changing the way students learn. This partnership is both a validation of the impact created by us so far and a vote of confidence for our long term vision.”

Byju’s was last valued at $ 5.7 Bn and has raised over $969.8 Mn funding from investors such as General Atlantic, Tencent, Naspers, Qatar Investment Authority, and Canada’s Pension Plan Investment Board (CPPIB) among others.

In January 2019, Byju’s also forayed into the US with the acquisition of Osmo, a US-based learning platform. Over the last year, the company’s fundraising has focused on international expansion. The expansion to the Middle East, the US, the UK, South Africa, and other African and Commonwealth markets have been on the cards.

Further, Byju’s has also tied up with Disney to launch its edtech services for kids in classes 1st to 3rd. BYJU’S Early Learn app for young children aged between 6 to 8 years old with Disney’s stories and characters from Disney Princess, Frozen, Cars, Toy Story franchises and more. This year, the company is planning to launch Byju’s Online Tutoring, which will further help the company to accelerate its growth and profitability.

In the past 12 months, Byju’s claims to have witnessed tremendous growth with over 42 Mn registered users and 3 Mn paid subscribers from both rural and urban areas in India. It claims that the average number of minutes a student spends on the app has increased from 64 minutes to 71 minutes per day over the last year and the annual renewal rates are as high as 85%.

The company had claimed to have tripled its revenue from INR 520 Cr to INR 1480 Cr in FY 18-19 and turned profitable on a full-year basis. The company also said it is on track to double revenues to INR 3000 Cr in the current financial year.

“Byju’s has emerged as the leader in the Indian education-tech sector. They are pioneering technology shaping the future of learning for millions of school students in India. We are excited to support Byju and the team,” said Scott Shleifer, Partner, Tiger Global.

Byju’s close competitors include Toppr and Unacademy, who are working towards dominating the Indian edtech segment, which is expected to be a $1.96 Bn market by 2021.

DataLabs noted that one of the reasons for edtech startups being unable to go mainstream and attract investments is lack of awareness about the latest education technology in the country. To support the sector, the government is working on national education policy as well.

The draft policy has “proposed the revision and revamping of all aspects of the education structure, its regulation and governance, to create a new system that is aligned with the aspirational goals of 21st-century education, while remaining consistent with India’s traditions and value systems.”