That BYJU’S, a five-year-old startup is in a position to acquire Aakash, a 33-year-old giant among India’s coaching centres is a testament to the online-heavy nature of education today

WhatsApp, on January 16, announced that it has delayed its contentious privacy updates for business chats by three months 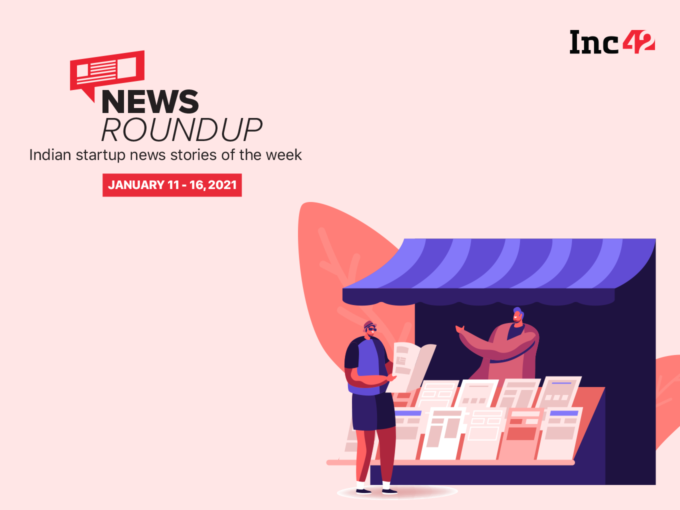 Consolidation of a variety of offerings under a single brand is on the cards this year, as experts have predicted that two of the best performing sectors for the Indian startup ecosystem in 2020 — edtech and fintech — will drive the possibility of India seeing the emergence of ‘super apps’.

As bigger players get bigger through multi-million dollar funding rounds and towering valuations, the smaller ones will eventually realise that they’re fighting a lost battle, and look for an exit. Hence, more mergers and acquisitions are expected to be seen in the edtech and fintech sectors this year. In fact, even in 2020, Bengaluru-headquartered edtech startup Unacademy was one of the winners amid the gloomy pandemic, as it entered the unicorn club and was also the biggest acquirer of the year with six acquisitions. On the other hand, edtech decacorn BYJU’S’ acquisition of online coding startup WhiteHat Jr for $300 Mn was the second-biggest acquisition of 2020, the first being Zomato’s acquisition of UberEats’ India business for $350 Mn.

In just the first month of the new year, BYJU’S has again made the news, as a Bloomberg report quoting sources, has claimed that the five-year-old startup is close to acquiring 33-year-old test prep giant Aakash Educational Services for $1 Bn. Aakash subsequently released a statement that both companies were exploring a partnership in the education space. Moreover, Unacademy is also looking to add 2-3 more companies to its portfolio and further solidify its presence in the test prep market.

Some time back, Santosh N, managing partner D and P Advisory LLP and external advisor, Duff and Phelps, had predicted this phenomenon in a conversation with Inc42. “The aunty who gives tuitions to kids from the neighbourhood could soon be roped in by BYJU’S. Coaching classes could be subsumed under the online learning space. It depends on the bigger players on how they exercise their power on whether an Indian edtech market with just two or three major players would be a good or a bad one,” he had said.

With the Covid-19 vaccination drive only beginning in India on January 16 in a phased manner, experts have predicted that the entire school year, from March-April last year to the same time this year, will largely be completed online.

And while schools in some states have begun opening up for senior classes to help students prepare for their all-important board exams, a full-scale return to normal in schools is nowhere on the cards. Hence, it is expected that educational institutions will partner with edtech platforms to bring about a hybrid model of learning, partly online and partly offline, something that could even outlast the pandemic.

Besides B2B edtech, content-first virtual learning, affordable edtech products, a rise in M&As in the space and more edtech unicorns are some of the trends that experts forecast for edtech in 2021.

The consolidation drive is also expected to get stronger in the fintech space, as big tech companies such as Facebook and its group company WhatsApp, Google and Amazon look to expand their bouquet of financial services beyond UPI-based payments, to offer anything from micro-credit to insurance. For Google and WhatsApp, these plans are already in the works.

However, WhatsApp faced severe backlash from Indian users for the update to its privacy policy, whereby, it said that it would share user data including location, phone number, contacts list and usage pattern, with Facebook and its group companies such as Instagram and Messenger, for conversations between users and businesses. India is WhatsApp’s largest market with over 400 Mn users as per the numbers revealed by the company last year.

Taking notice of the public backlash, WhatsApp, on January 16, announced that it has delayed its privacy updates for business chats by three months. Instead of February 08 2021, WhatsApp will introduce the new policy from May 15, 2021. The company added that no users will have accounts suspended or deleted on February 08.

The expansion of fintech play by the world’s big tech companies in India, the consequent rise of super apps in the space, and the growth of neobanking, among others, will be some of the key trends to watch out for in the fintech space in 2020.

From the funding and acquisitions corner, this week, about $286 Mn was invested across 27 Indian startups and two companies were acquired.