LectureNotes will majorly deploy funds towards building a strong experienced team, developing its B2C platform and expanding to new regions

Edtech startup LectureNotes has raised $2.5 Mn in Pre-Series A funding round from the Canada-based venture capital company Jani Ventures.

The edtech startup will majorly deploy funds towards building a strong experienced team, developing its B2C platform and expanding to new regions. In addition, it will also deploy a portion of funds towards improving and scaling its B2B digital class infrastructure named LectureRooms.

Multilingual transliteration and data-driven student analytics, are two projects under LectureRooms, where the startup will be focussing on. 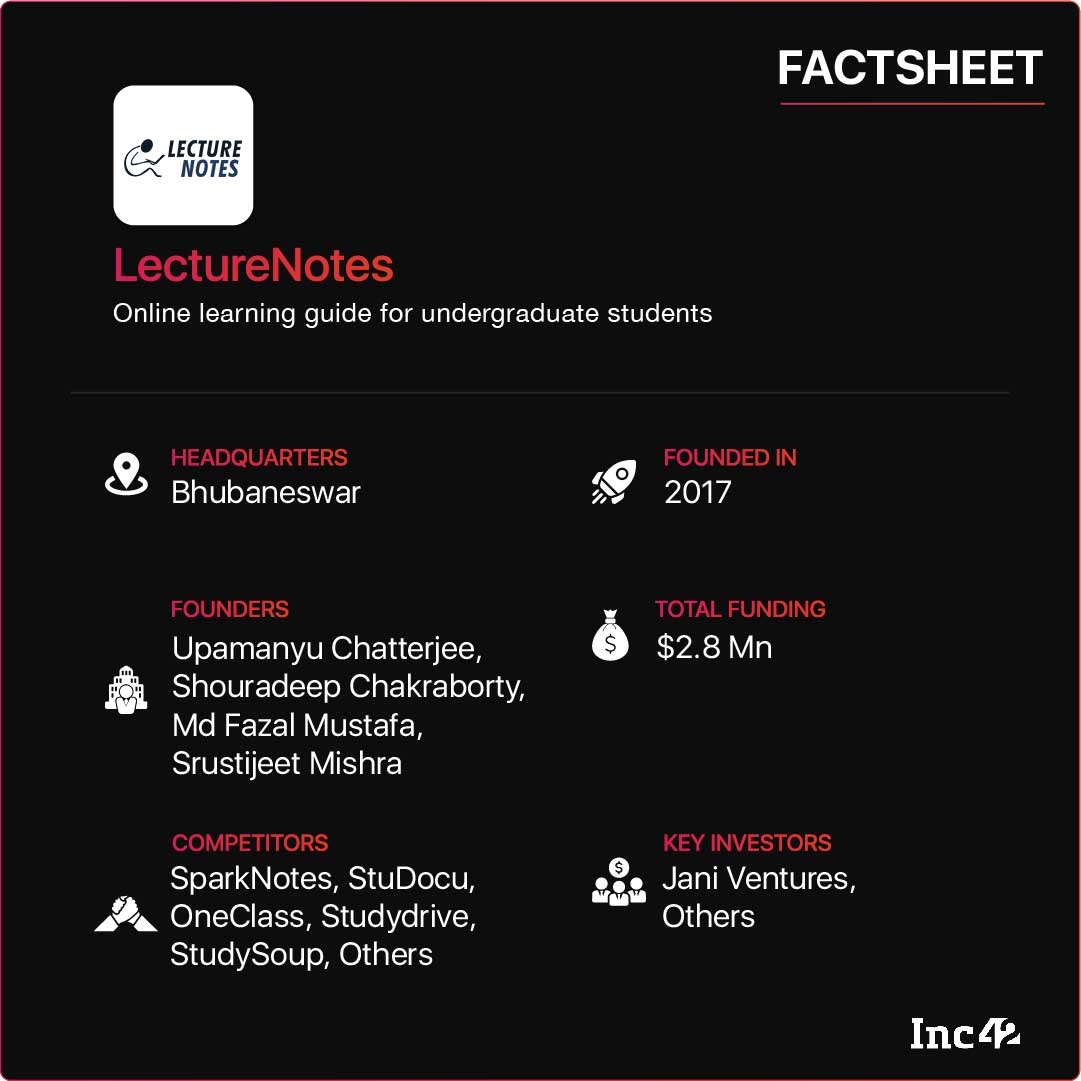 The edtech startup focuses on creating localised learning ecosystems with a community building approach. Its content is personalised and mapped to the user’s university. Further, an AI based recommendation system guides learners, based on their study patterns and preferences. It is presently looking into gamification of exam packages.

The edtech startup claims to have 2 Mn users along with over 3 Mn pages of content. It aims to onboard atleast 50 universities and over 1000 graduate campuses in India. Further, it targets to become a repository of hyperlocal learners in the country by the end of FY22.

In January this year, LectureNotes acquired Kolkata-based CollegeShala for an undisclosed amount in an all-stock deal. As part of the transaction, the three cofounders of CollegeShala shared core responsibilities in the LecturerNotes Group.

The acquisition is part of LectureNotes’ elaborate strategy to create ‘Lecture-verse’ – an edtech umbrella term for a slew of standalone edtech brands that cater to students of all age groups and classes.

The acquisition comes over a year after LectureNotes infused a funding of INR 1.83 Cr into CollegeShala in November 2020.

The Burgeoning Edtech Space In India

In recent times, the Indian edtech space has grown by leaps and bounds owing to the consolidation, bigger funding deals and growing investors’ confidence. According to Inc42 Plus analysis, in 2021, Indian edtech startups have raised close to $4.7 Bn in investments across 165 deals.

Given the uncertainty around schools, colleges and other educational institutions reopening, edtech startups are expected to witness growth in user base and venture capital funding. Interestingly, edtech startups with major valuation swell, such as Great Learning, Epic, EduKart, have been also been acquired by other unicorns.

In February this year, edtech Unicorn LEAD announced an ESOP monetisation scheme worth $3 Mn for its employees following its $100 Mn in Series E funding round from WestBridge Capital and GSV Ventures that helped it enter the unicorn club.

At the conjunction of Web3 and edtech, ex-Twitter chief Manish Maheshwari also launched his edtech venture Metaversity in 2022, at a valuation of $33 Mn in its seed round.