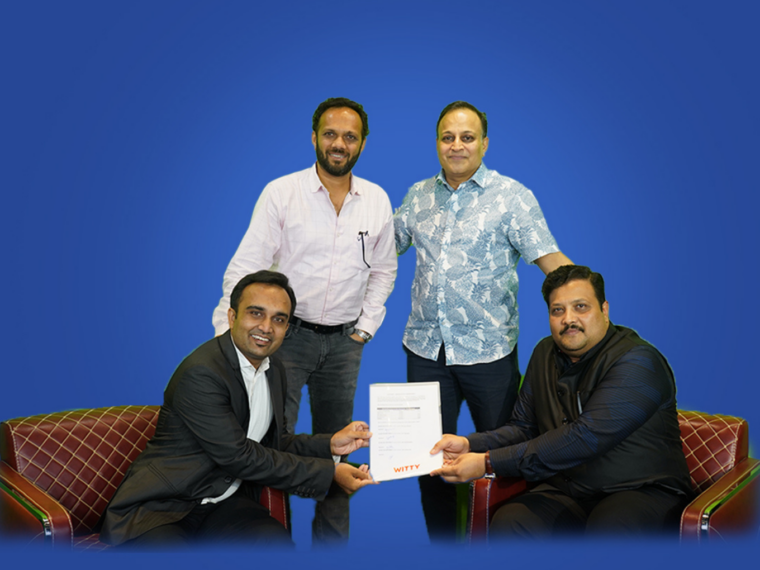 Mumbai-based edtech startup Ednovate has raised an undisclosed amount of investment in a Series A funding round from Dr. Vinay Jain from Witty Group of Institutions.

Other angel investors–Ajay Sarupria and Kaushik Mehta also participated in the round.

The fresh capital will be used to expand business in India and across the globe. It is also looking to have a PAN-India presence in the next three to four years.

The edtech company faces competition from the likes of Unacademy, BYJU’S, upGrad, and iNurture.

The sector has seen several big deals taking place recently. Yesterday, Bengaluru-based edtech startup BYJU’S, which is gearing up for its SPAC listing at a record valuation of $44 Bn, was in discussions with multiple lenders to raise over a $1 Bn for acquisition purposes in a bid to expand its businesses.

It was reportedly in talks with Morgan Stanley, and JP Morgan Chase & Co. to raise money to acquire another edtech company.

A few days ago, Bengaluru-based edtech startup iNurture raised $15 Mn from ADM Capital in a mix of debt and equity. As a part of the deal, iNurture’s existing investor VenturEast exited the company and its shares were held by ADM Capital.

In April this year, edtech platform Veranda Learning signed a definitive agreement to acquire test-preparation institute T.I.M.E. for INR 287 Cr. The acquisition would enable Veranda to expand its footprint across India.

In February 2022, edtech unicorn LEAD announced an ESOP monetisation scheme worth $3 Mn for its employees. Before, it raised $100 Mn in a Series E funding round led by marquee investors such as WestBridge Capital and GSV Ventures.

During the same time frame, Hero Vired, the edtech firm of the Hero Group, announced an ESOP monetisation scheme for its faculty, while vernacular edtech startup Entri.app secured $7 Mn in Series A funding round led by Omidyar Network India, with participation from Boston-based Innospark Ventures and Integrated Capital.