This is the fourth round of funding raised by the company in the last 15 months. Sequoia Capital’s Surge and Times Internet are also the early backers of Classplus

Classplus allows educators to streamline all their communication, launch cohort-based live courses, and manage student communities via the platform 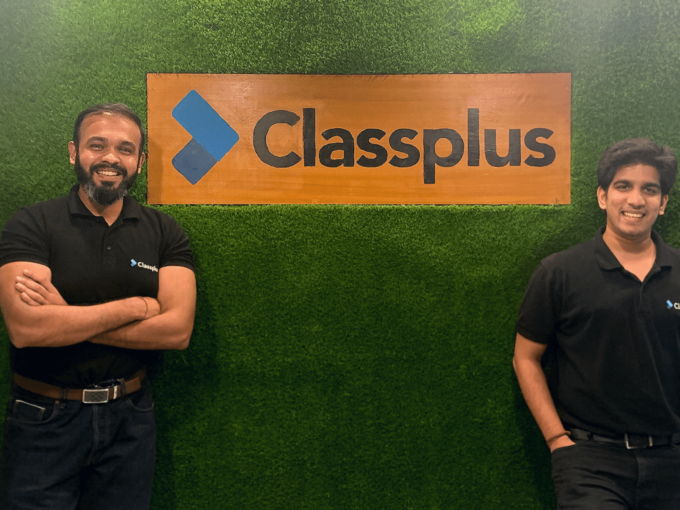 Edtech startup Classplus has raised $65Mn in a Series C round led by Tiger Global. GSV Ventures, the edtech focused fund, along with existing investors Alpha Wave Incubation, Blume Ventures, and RTP Global also participated in the funding round.

This is the fourth round of funding in the last 15 months. The edtech startup counts Sequoia Capital’s Surge and Times Internet as its early backers.

Founded in 2018 by Mukul Rustagi and Bhaswat Agarwal, the startup allows educators to streamline all their communication, launch cohort-based live courses, and manage student communities via the platform. The Shopify-like solution also helps them deliver their live lessons, automate their daily tasks, run student engagement programs along with building and marketing their online courses. All this enables educators to invest more time in creating high-quality content and build an enduring business for themselves.

So far, Classplus claims to have digitised over 1 lakh tutors across 1,500 cities serving 20 Mn students.

“When lockdowns struck India, Classplus emerged as the critical infrastructure software for the $30 Bn offline tutoring industry. With the platform growing nearly 10x in the last 12 months, GSV views it as a “Weapon of Mass Instruction.’’ Cofounders Mukul and Bhaswat are empowering tutors in India to go online, enabling them to build bigger and stronger businesses while also expanding access to localised education,” commented Deborah Quazzo, managing partner, GSV Ventures.

The platform has hosted educators in fields ranging from science to maths to astronomy. The company claims that a typical educator is able to grow its student base from 100 to 1200 students within 8-10 months of using Classplus.

The pandemic played an integral role in this growth. For instance, among the Indian edtech giants, since the lockdown was announced in March last year, BYJU’S added 33 Mn users to cross a user base of 75 Mn and Unacademy’s user base grew to 40 Mn. Other edtech companies witnessed similar growth as the market size increased.

According to Inc42 Plus estimates, India has also witnessed the launch of 5,353 edtech startups to date, but the number is bound to increase rapidly, thanks to investors’ and customers’ rising interest in this space.