Ecommerce May Not Be Part Of India-Russia FTA

Ecommerce May Not Be Part Of India-Russia FTA 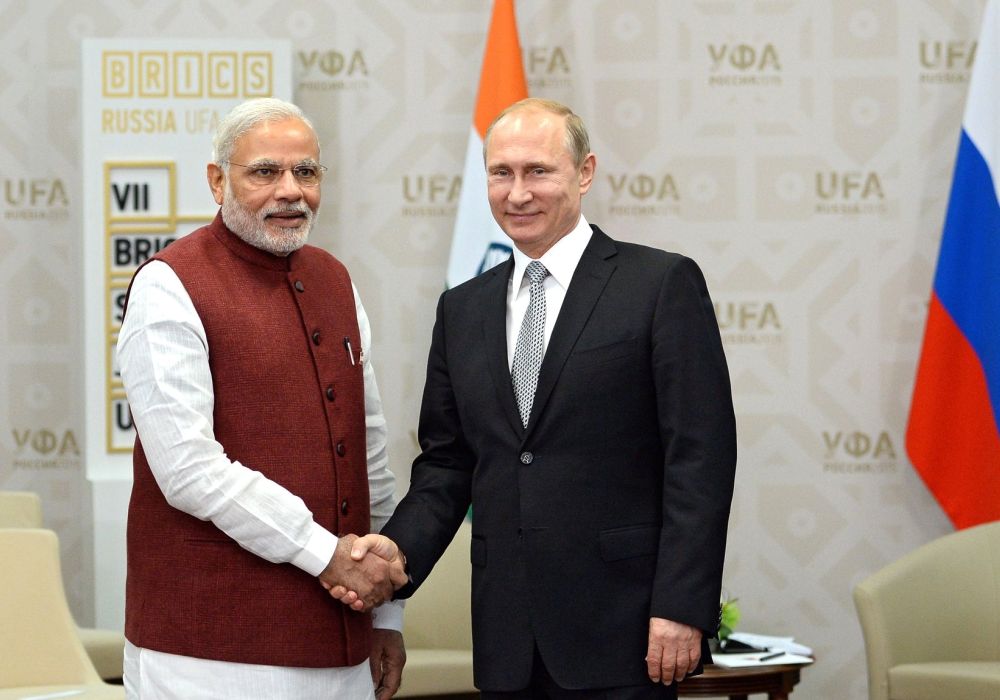 Prime Minister Narendra Modi, during his visit to St. Petersburg on June 1-2, 2017, plans to discuss the Free Trade Agreement, the FTA, with Russian President Vladimir Putin under the Eurasian Economic Union (EAEU). Reportedly, India is not keen on including ecommerce trade as a part of the signed pact.

FTA agreements involve cooperation between at least two countries to reduce trade barriers – import quotas and tariffs – and to increase trade of goods and services with each other.

What Do Both Parties Expect From the FTA?

The FAT with the EAEU – comprising Russia, Belarus, Armenia, Kazakhstan and Kyrgyzstan – is expected to open up a market with a trade potential of  $37 Bn-$62 Bn. “The current trade between India and the five Eurasian countries is $11 Bn. Further, India has a targeted trade of $30 Bn with the five EAEU countries by 2025 and $15 Bn annual investment,” was stated by an official to ET.

According to a LiveMint report, a joint feasibility study (JFS) group has advocated the inclusion of ecommerce as a deliverable, demanding the creation of a Russian legal framework with India on ecommerce. Also, it further pressed upon a discussion of issues such as electronic authentication and digital signatures; private data protection; ecommerce participant protection; cross-border data flows; and use of electronic documents.

The report submitted by the JFS group stated that “Such legal framework would increase trade, streamline business, bring an element of certainty to cross-border commercial activities and allow to reduce delays and costs at the border. It is the driver in the modernisation of administrations.”

The EAEU had earlier signed such a pact with Vietnam with similar guidelines.

Why India Seems Reluctant To Include Ecommerce In The FTA

With rising Internet penetration – to cross 450 Mn by June 2017 as per IAMAI-IMRB report – along with the expected rise in online sales to $48 Bn by 2020 – India is, at present, a burgeoning global ground of opportunities in the digital trade segment.

However, despite proving its potential with unicorn ventures like Flipkart, Snapdeal, public entities like JustDial (the second Indian internet company in India to go public after InfoEdge) and the success of foreign brands like Amazon, and Alibaba-backed Paytm Ecommerce, – there are no defined set of rules and regulations pertaining to ecommerce. Plus, a lack of consensus has been observed on ecommerce-related issues between the domestic departments such as Telecom, Ministry of Electronics and Information technology, finance ministry and more.

Although, India allows 100% Foreign Direct Investment (FDI) in B2B ecommerce activities, but, FDI is not permitted in B2C businesses.

As stated in the LIveMint report, “India insisted that it won’t bind itself with a set of principles that could restrict the sovereign policy space for future regulatory development and agreed to discuss only bilateral cooperation issues and sharing of best practices with the EAEU on ecommerce.”

Also, the Commerce Minister Nirmala Sitharaman has rejected to include market access negotiations on ecommerce at the multilateral level. As stated by her, “I am ready to join the talks, but it is not part of my agenda for the upcoming ministerial. Because every country is having a big churn in ecommerce and technology is fast-moving. A final understanding on the matter is yet to be reached. Therefore, it will not be proper to regulate or define ecommerce at present.”