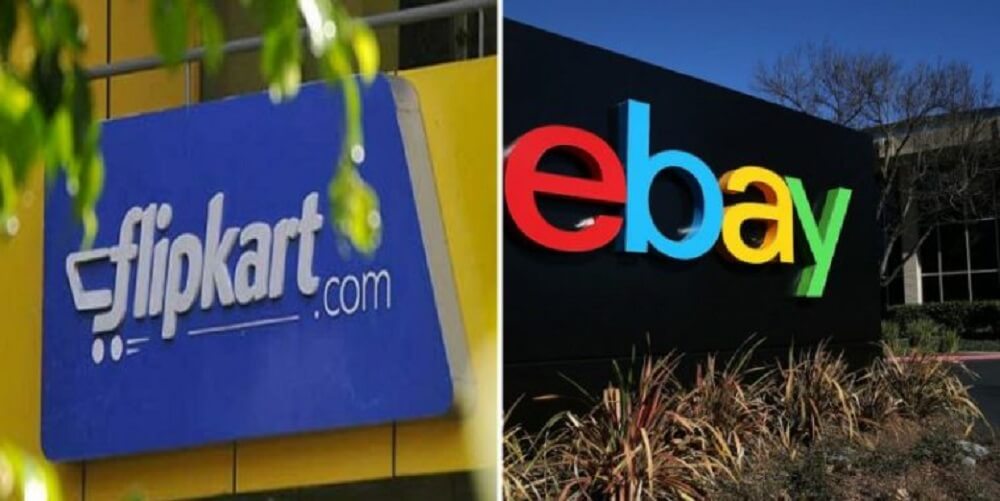 Reports of the acquisition first surfaced in April 2017, when Flipkart raised $1.4 Bn in funding from Tencent, Microsoft, and eBay.The transaction got completed in August this year.

eBay India acquisition was the part of an agreement made in July 2017. The two companies also made the commitment to jointly move forward in order to pursue cross-border trade opportunities to make eBay’s global inventory accessible to more India consumers, while eBay’s millions of active buyers globally will have access to a more unique Indian inventory provided by Flipkart.

Later in August 2017, the company also tied up with eBay to launch a new programme, ‘Flipkart Global.’ The partnership gave Flipkart access to users from about 200 international markets to purchase products on its marketplace.

Some of these markets where the company will foray via Flipkart Global, include the United States, UK, Germany, Canada and Australia. As a part of the launch, the existing 25,000 retail export sellers on eBay India also migrated to Flipkart Global and start listing their products through the platform.

eBay Inc. is also among the early investors in Snapdeal. However, towards the end of 2016, the company started losing financial stability and by April 2017, it was on verge of being consolidated with Flipkart. eBay, thus, sold the majority of its stake in Snapdeal and joined the Flipkart camp as part of the $1.4 Bn investment deal. Later, the deal didn’t happen and meanwhile, Flipkart was also able to secure another $2 Bn from SoftBank.

SoftBank and eBay, both once the major investors in Snapdeal, have now placed their bets on its arch nemesis Flipkart. Although, Snapdeal is trying hard to move up from the ground, with Alibaba added to the race and both Flipkart and Amazon having their war chests full, claiming even the third spot is difficult for Snapdeal in the current scenario. And like they say, “Everybody values the rising sun,” and Flipkart is the rising sun for the Indian ecommerce today.