Festive season sales have created over 1.5 Lakh jobs at these firms 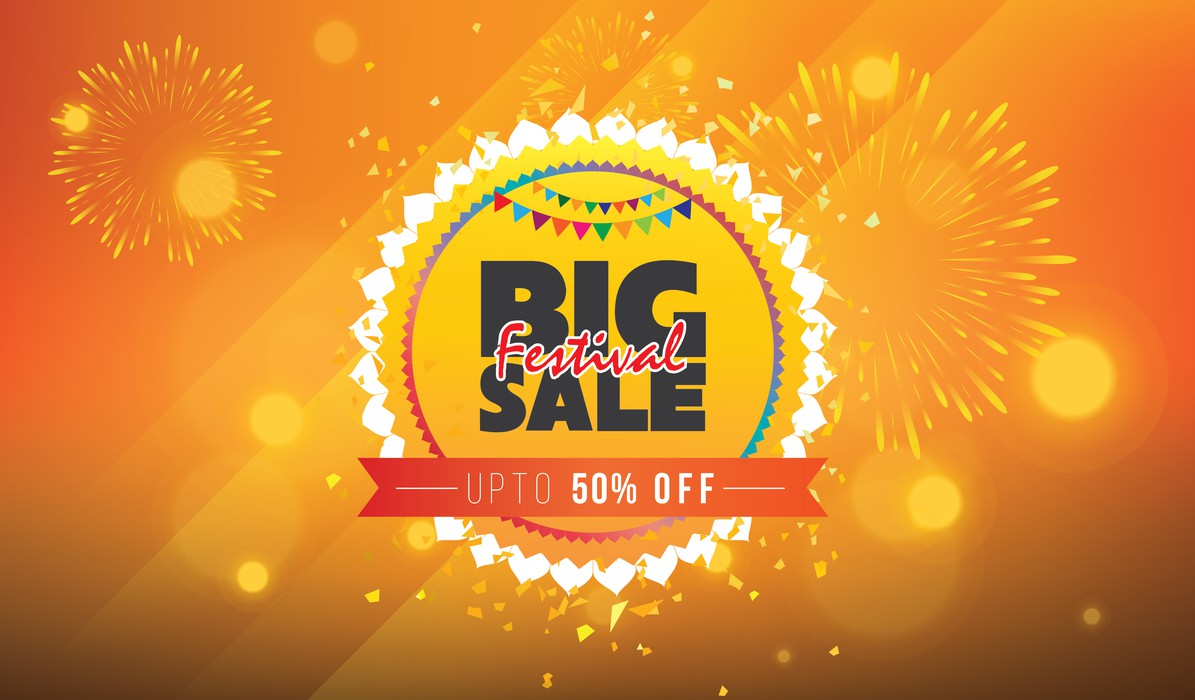 As India gets ready for the much anticipated Diwali shopping, ecommerce companies are also readying up their inventories to make the best of the festive season sales. Both Flipkart and Amazon have announced big budget sales in the upcoming week.

According to a consulting firm RedSeer, the industry GMV for the festive days in 2018 had jumped 77% year-on-year, in comparison to the overall annual growth at around 35%. In other words, festive sales growth was more than double the annual average sales growth for ecommerce sites.

These figures seem to justify the massive investments made by the ecommerce majors in order to prepare for the festive season. Earlier this month, Amazon was reported to have expanded its furniture and furnishing category by adding over 1.6 Lakh products, especially from small and medium businesses and artisan hubs from Rajasthan. Similarly, Flipkart too revamped its furniture offerings with a FurniSure offline experience store.

Further, Amazon had also set up physical kiosks stores in large offices and institutions to act as a pick up spot for delivery. The platform decided to set up these pickup points to meet the large volumes of orders on time.

Alibaba-backed ecommerce player Paytm Mall also has been expanding its catalogue to include over 1 Mn products ranging from toys, collectables, fashion, automobile accessories, gifts, and decor festive items. The retail branch of Paytm was reported to be investing INR 30 Cr to promote the catalogue during the festive season.

According to another research report by Forrester,  ecommerce companies are expected to generate around $4.8 Bn in sales during this year’s festive season. Earlier this month, Flipkart Group’s CEO Kalyan Krishnamurthy also said that the economic slowdown did not have any effect on the ecommerce company’s sales.

On similar lines, Amazon India head Amit Agarwal said that the online retailer has not seen any slowdown in terms of its services. “We will be focussing on long-term goals instead of getting distracted by the short term situation such as the current economic condition of the country,” he added.

The RedSeer report also noted a significant rise in the number of shoppers, which are reported to have jumped five times during the last year’s festive season. Among these, the majority of the shoppers were found to have come from Tier 2 and Tier 3 cities.

“The 2018 festive sales showed that the event is able to deliver significant y-o-y growth across all categories of customers, especially in Bharat. We expect this trend of massive growth to continue in 2019 as well, with e-tailers more ready than ever to cater to a large scale of the sales event,” Anil Kumar, founder and CEO of RedSeer Consulting added.

Ecommerce companies too recognise this trend and have been working on a localisation process by expanding their services to Tier 2 and Tier 3 Cities. While Amazon launched a Hindi interface for its website’s customer services, Flipkart had initiated a ‘The Reach Project’ in February, to bring Tier 2 and Tier 3 cities on its service-delivery map.

The festive season has also spiked the hiring volumes in ecommerce firms. Flipkart reported to have hired 50K people recently and further expects indirect jobs to rise by 30% in the festive season as compared to last year.

Amazon India, on the other hand, claimed to have created more than 90K direct temporary employment opportunities in Mumbai, Delhi, Hyderabad, Chennai, Bangalore, Ahmedabad, Pune and many other cities across the country.