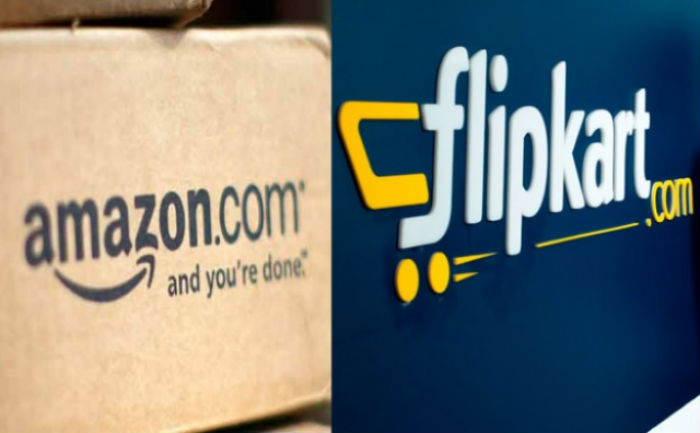 Ecommerce is booming in India, so do the funding of online retailers. On account of rapid expansion of ecommerce in the country, Indian online retail market is estimated to grow over 4-fold to touch $14.5 Bn by 2018. And in a bid to capture the maximum space, online retailers are shelling out lot of money.

In a latest filing with Registrar of Companies (RoC), US-based online retailer, Amazon said that it was raising INR 610 Cr. through a rights issue to its parent. Earlier company had also announced an investment of $2 Bn in India. According to the reports, Amazon India spokeswoman said, “We will invest in technology, creating infrastructure and logistics services, and specifically on the mobile platform to enable our sellers to deliver to customers across the country a wide selection of products very quickly and reliably.”

After raising $700 Mn in fresh funding from existing as well as new investors, the online retailer, Flipkart has now approved plans to raise INR 1,300 Cr. through a rights issue to its Singapore-based parent and borrow up to INR 400 Cr. from Kotak Mahindra Bank.

In the near future, both the ecommerce players i.e. Amazon and Flipkart will invest nearly INR 2,300 Cr. to acquire more customers in the country. However, Amazon India had a net loss of INR 321 Cr. while Flipkart’s losses doubled to INR 400 Cr. in the year ended March.

If we talk about their expansion rates, Amazon launched 24 new stores, increasing its selection to more than 19 Mn products, and expanded its seller base to more than 16,000 vendors within the second year of their operations. While, Flipkart claims to sell 15 Mn products and gets 8 Mn visitors daily.