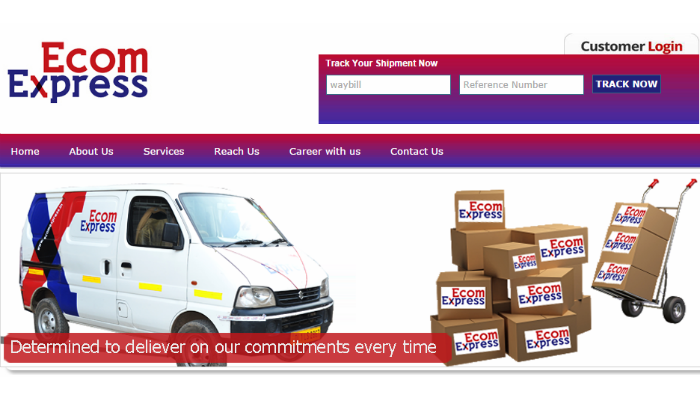 Ecommerce scene in India is hitting high with multiple ecommerce companies raising funds. But, now it’s time for the firms that support ecommerce activities in the country to get in limelight. Logistics being the most important factor for any ecommerce firm to work well appears to be the next focus of attraction for many investors. Just a day after Delhivery announced that it has raised $ 35 Mn in Series C round, the news that another player dealing in this space Ecom Express, founded by ex-Bluedart has raised INR 75.5 Cr in funding, has started sufficing in the media.

According to reports, the year old ecommerce logistics firm, Ecom Express Pvt. Ltd, has raised INR 75.5 Cr. from private equity firm Peepul Capital. After this funding which Ecom Express is expected to get in tranches, Peepul Capital now holds a majority stake in the company.

However, there is no confirmation from any of the two, but as per the documents filed with the registrar of companies by Ecom Express confirms that Peepul Capital invested INR 75.5 Cr. Into it.

The boom in the ecommerce space has led various players to try their hands in the logistics services. Recently DHL, owner of Blue Dart, has announced that it will be investing €100 Mn in over two years in building infrastructure and warehouses, as well as options for delivery and payment, to cater to ecommerce companies. Last year, DTDC Courier and Cargo had also launched a new arm called DotZot to cater ecommerce companies.

Ecom Express was started by TA Krishnan, Ex – SVP (North) & All India Head Ecommerce, for Bluedart along with two of its ex-colleagues Sanjeev Saxena and K Satyanarayan.