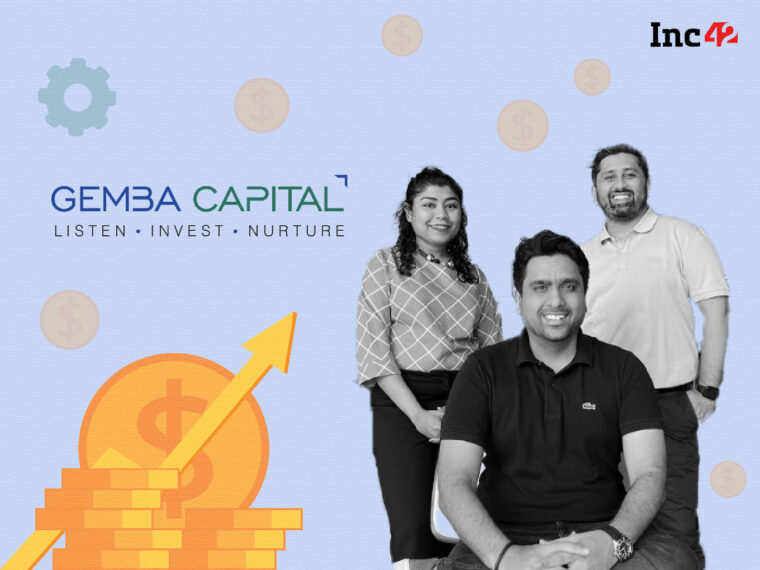 Early-stage venture capital (VC) firm Gemba Capital marked the initial close of its micro VC fund at $10 Mn, but considering the response the fund has received, the Bengaluru-based VC & private equity firm expects it to close at $13 Mn.

Adith Podhar, founding partner of Gemba Capital, said that the venture capital firm has received overwhelming response from LPs for the fund, launched in 2021.

“We want to close all the ongoing discussions and we should get oversubscribed and touch Rs. 100 crores,” Podhar added.

The VC firm intends to utilise half the fund money to invest in seed and pre-seed funding rounds of fintech and SaaS startups. The remaining capital will be earmarked for startups working in Web 3.0, gaming, and deeptech sectors. It also intends to invest in healthcare and the ever-growing B2B ecommerce startups.

Gemba Capital invests $100K-$250K in the startups initially. It has reserved around 35% of the fund for participating in follow-on rounds in winners from its portfolio of companies.

Gemba Capital recently appointed Anupreet Singh as a venture partner. The VC firm was founded by Podhar in 2018. He had previously also worked with Motilal Oswal PE Fund and Cipher-Plexus Capital Advisors.

Earlier this week, Inc42 reported that startup incubator Venture Catalysts is in talks to launch a $100 Mn growth stage fund. Venture Catalysts, which has invested in several early-stage startups, now plans to invest in Series A and Series B funding round of startups.