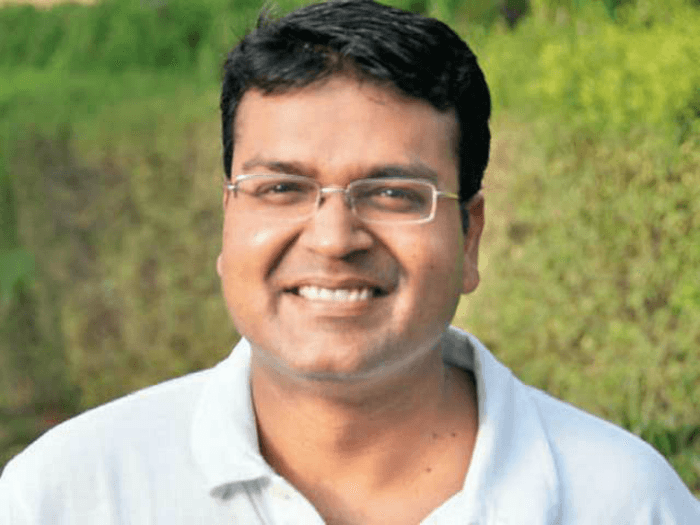 Sandeep had founded Droom in 2014, the startup allows one to buy and sell used and new automobiles. The company had touch sales worth INR 13 Cr. in June, 2015.

Sandeep says, “Droom was created with a single obsession I.e. how to remove everything that serves as an impediment to why a transaction between two unknown parties may not take place.  While this is a broad agenda, we at Droom, are working hard day and night to give buyers a buying experience second to none and sellers simple online tools, low transaction costs, and a scalable platform so that they can embrace a shift towards organized retail for automobiles in India.”

Droom currently has around 1100 sellers and over 6,500 listings and it charges an online fee of about 2% from the customers.

Let’s talk about the market Size

In India, automobile is a $125 Bn annual industry, including $100 Bn in automobile transactions and $25 Bn in automobile services (e.g. insurance, auto inspection). As per Droom’s estimates nearly 50 Mn vehicles are sold in India annual including 30 million used vehicles, making India the 3rd largest automobile industry in the world.

In 2012, India hit the inflection point, wherein the used automobile market became larger than new automobile market. Nearly 25 percent of households in India have two wheelers and only 5 percent have cars – so per capita automobile availability is really low. However, more than 65 percent of cars sold in India have tampered odometers and more than 25 percent have some serious issues such as engine or flood damage etc. These are not known to the buyer and 1 out of every 10 vehicles does not.

“As far as the online industry goes, we believe less than 0.5% of the total automobile industry is online and the experience provided by online classifieds and content rich discovery platforms is sub-standard and now antiquated,” said Sandeep.

Droom as a marketplace, aims to brings trust, provide pricing tools and builds selection so that both buyer and seller can have what they are looking for.  The startup is removing the inefficiencies from the current system and creating a win-win situation for both parties and not just the seller.

“As a vision, we want to aggregate the global automobile industry online at a scale and level of efficiency never been done by anyone or in any part of the globe so far,” he added.

With the freshly infused funds, Droom plans to expand in Southeast Asia (Philippines, Vietnam, Malaysia, Singapore, and Indonesia) by early 2016. It also aims at introducing new categories including 9 in automobile and 4 service categories for automobiles.

Sandeep had spent over seven years working as an internet analyst at companies like Citigroup, Oppenheimer, Collins Stewart and Caris & Co before coming back to India in 2011 to startup.

Prior founding, Droom, Sandeep had also cofounded online marketplace Shopclues, which, now is counted among the top ecommerce marketplaces in India. But, he had to quit Shopclues, the company had raised over $15 Mn in funding under his leadership and recently it closed another $100 Mn.

“I was worried about investors reception given my legal case, but I under-estimated the power of track record,” said sandeep.

It is interesting to note that, Sandeep has managed to get the same investors, who had backed Shopclues.

Siddharth Talwar of LightBox, who was an angel investor in Sandeep’s previous venture, says the fact that we know him from long has major role to play in this investment. The type of person he is gives us a lot of comfort and confidence that we will be able to work together. He adds, “Sandeep is a excellent executor, and is a genius when it comes to product.”