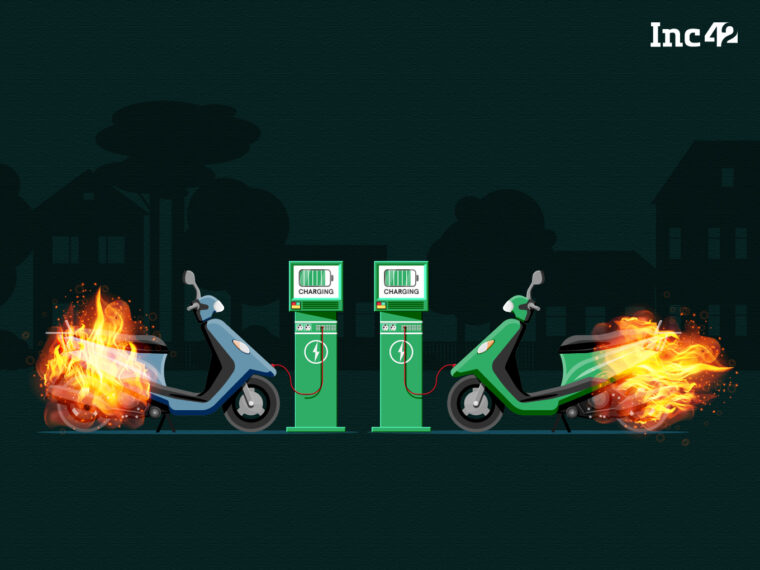 The Defence Research & Development Organisation (DRDO) has reportedly found that the recent escooter fires in the past few months were a result of defects in batteries, including the designs of the battery packs and modules.

The Ministry of Road Transport and Highways had appointed the Centre for Fire, Explosive and Environment Safety (CFEES), which is the fire science and engineering arm of DRDO, to investigate the multiple escooter fire incidents. As per reports, the CFEES submitted its report on the escooter fire incidents to the ministry last week and has suggested introducing stronger regulations for electric vehicle (EV) manufacturers in the country.

“It can be said the incidents were a result of the low quality of battery cells and lack of enough testing of battery packs under various temperatures,” a person aware of the matter told Business Standard.

The person also noted that the defects might be a result of the electric two-wheeler companies intentionally using lower-grade material to cut costs.

Such a finding wouldn’t be too shocking as several industry leaders Inc42 spoke to earlier had told that lithium-ion battery cells are highly sensitive.

Amitabh Saran, founder and CEO of Altigreen Propulsion Lab explained how each cell’s behaviour varies in different temperatures, states of charge and according to different demands. Hence, it is extremely important for the lithium-ion batteries to go through a proper R&D process in the Indian temperature and demand conditions to ensure their safety.

More than 10 escooter fire incidents have been reported in India so far. The names involved in these safety incidents include Ola Electric, Okinawa Autotech, Pure EV, Jitendra EV and Boom Motors.

Following back-to-back escooter fire incidents that also cost people’s lives, these EV manufacturers were asked to recall their vehicles. Over 7,000 escooters have been recalled so far with Boom Motors being the latest to join the club in recalling its ebike Corbett later last month.

However, it remains a concern that these escooters are still available for sale.

Amid the buzz around EV safety incidents growing big in the past few weeks, the road ministry has already asked the EV manufacturers to share detailed information on safety mechanisms and quality standards they have adopted. The ministry has also confirmed receiving the report from DRDO and said the new findings would be shared with EV makers.

Earlier also there were reports that a government panel identified faulty battery cells and modules as the cause of incidents.