Diversity And Inclusion In Analytics: How Startups Are Combating The Sexism Charge

Diversity And Inclusion In Analytics: How Startups Are Combating The Sexism Charge 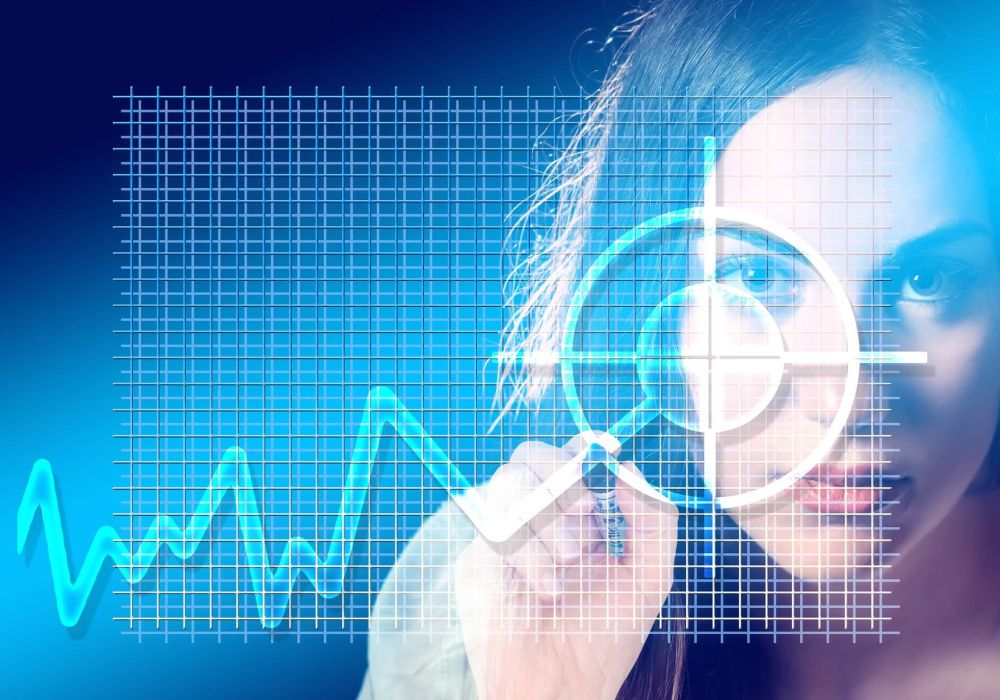 A woman is like a tea bag – you can’t tell how strong she is until you put her in hot water – Eleanor Roosevelt.

Meg Whitman is the CEO of Hewlett-Packard and has a degree in economics and an MBA. Sheryl Sandberg is the COO of Facebook, has a degree in economics and is an MBA from Harvard Business School. Marissa Mayer is the CEO at Yahoo! and has studied at Stanford University. Angela Arhendts, comes from a fashion background having spearheaded couture house Burberry before taking over at Apple.

These are all women. They are all leaders. They are all women leaders in largely male-held, leadership positions, where they get to influence a major global tech company’s strategy and product development. And yet, they hold positions that only have to do with the brand of the company they lead, as well as its overall direction. They are women CEOs, not women CTOs, in short.

Breaking Down The Gender Barrier

Gender is a touchy subject on the best of days – with people falling in the spectrum of supporting women’s empowerment to defending it ardently to being largely indifferent to it and not understanding why it exists.

When it comes to the tech world, analytics especially, it is a more interesting game altogether.

Even free-thinking, open culture companies such as Google, Microsoft, and Facebook have depressing stats as regards female hiring – where only 10% to 20% of the technical positions are held by women. Closer to home, in TCS – which has female hiring over 40% – women employees are either new recruits or at junior levels, while about 11% are in senior management.

This Forbes report shows the disparity of women speakers in technical conferences, with a marginal number attending them in a headlining capacity, less than 25% in 15 annual analytics conferences. And who can forget Gamergate – when a woman Twitter influencer was shamed and bullied at SXSW 2015 (South by Southwest 2015), for being outspoken regarding a certain group of men in a gaming company?

Whether it is simple patronising, corporate culture, a case of there being more male techies than women, diversity has still not found its way into the tech world as much as innovation has.

The Ratio Is Woeful But The Situation Is Not

This research paper from The American Association of University Women (AAUW)  argues that women might actually be disappearing from technical fields: Some key challenges facing women in data science include gender bias, stereotypes, and perception. The AAUW study brought to light how gender biases and stereotypes can have a negative effect on women in the STEM (Science, Technical, Engineering, Mathematics) industry from two angles: the employer, and the woman herself.

So, it is but natural to wonder, how far diversity (or the lack of it) has been addressed by the new darling vertical of the Indian startup ecosystem.

“We try very hard to find coders that are women as they bring diversity to the thought process. But the channels that we look through (Angel.co, hirist etc.) are dominated by men.”

So begins Soham Chokshi, CEO and co-founder of Shipsy – an analytics company out of Gurugram that is dedicated to solving operational and service issues in the supply chain and logistics space. “Our selection process is strictly based on the above metrics but the ratio of women in the shortlist is very less,” he adds.

“While hiring for tech positions, we really try to understand the candidate’s aspirations in terms of creating value and creative thinking, hunger to learn and passion for what he does/has done so far,” says Mukund Mudras, co-founder of Mumbai-based Heckyl Technologies, echoing Soham’s sentiments. Heckyl is a company that does sentiment analysis and company performance scores in order to give 360-degree information to banks and brokerages while giving loans and trading in stocks.

When prompted, he does share that there are no women in the senior leadership position, even though the overall number of women in a 70+ team is more than 20. “Ratio overall is unfortunately not very good and is about 3:1 (men to women) right now. Most of the female members are in the product and development team, though. That team has more women than men,” he admits.

“Women Have An Organised Approach To Problem Solving”

Pooja Ravishankar, Associate Head of Analytics at BigBasket has a different take on the situation.

“Women have an organised approach to problem-solving. Data mining and working out answers to business problems is an iterative, and at times, frustrating exercise. It involves creating hypotheses, pruning to get to the right data, and the running and re-running code or models to get accurate answers. Women are more systematic in organising data and have the ability to use the right data from a huge pile to answer business problems,” she argues.

Her argument is supported by this All Analytics article that states: Data science draws upon applied sciences where women have had great success. Data science is collaborative and communicative — characteristics that have been traditionally associated with women. We’re increasingly seeing more and more women entering and excelling in data science.

Pooja further suggests that women are adept at multitasking and can work on many problems simultaneously, an attribute that is very critical in fast-paced businesses that are constantly evolving and sharpening their business models such as startups, while bringing stability with higher retention teams.

It has been nearly four years since Data Scientist was named “the sexiest job of the 21st century” by The Harvard Business Review. Inclusion is important, in each field and organisation the world over, but when it comes to STEM fields, knowledge matters too. When asked about the kinds of qualifications they are looking for when it comes to hiring data scientists, the founders we spoke to, agreed on a key issue – skill before gender.

When probed further, Soham expands, “The things we look for when hiring for our analytics team are fundamentals of Computer Science, experience with data infrastructure (KAFKA, Spark or any other big data tools) and knowledge on how to scale the product, machine learning algorithms for analytics positions.”

He also adds that Shipsy assesses candidates based on their problem-solving abilities – algorithms that check how to structure approach before writing the code, code hygiene and writing skills. “This is done in the language of the applicant’s preference. We basically figure out if the applicant is asking the right questions or is the thought process very narrow-minded.”

This ties in neatly with Pooja’s earlier observation that women are far more capable of problem-solving and iterations and thus, data sciences as a field, is a lucrative option for female engineers to consider as they graduate from universities.

Traditionally, and across geographies, women have not been considered to be a part of the technical workforce, even in a country like India which produces millions of engineers yearly. Till 2011, the ratio of men and women enrolled at the Graduate Level Engineering (All-India) was 1:0.51. And analytics, as an industry, has only come out of Big Brother KPO’s shadow in recent years.

Diversity and inclusion is just one more area where India, though a global shareholder in the analytics market, needs to understand the impediments stopping it from achieving its true potential.

“From my experience (of working in the US), India is the Next Big Place for startups. While there are areas where we will have to improve, like government and corporate support to pilot and try out the product, we will surely move ahead very soon. We will also have to understand a little more of emerging technologies and platform in comparison to what the West is doing,” Mukund concludes.

Government and corporate support for pilot products is escalating with many states declaring a Startup Policy, as they include analytics and AI as hot sectors that they are keen on developing and supporting as data reigns supreme. But, when it comes to diversity and inclusion, even the established giants such as Microsoft have 29.1% of women in its overall workforce with 16% in the technical section, Twitter has 10% and Google has 17% of females in tech jobs. The leadership figures are 23% in Microsoft, followed by Twitter at 21% and lastly, Google coming in at 17%.

A picture emerges, and it is not pretty. The year is coming to an end, and it has seen more conversation on diversity and the lack of it, across social media, organisations, mainstream media and more. But we hope to see a lot more practical action coming forth from a vertical as progressive as data science that is mining for insights into the future.

To date, lack of financial assistance and unavailability of a female role model in a largely technical leadership position (as opposed to a Marissa Mayer or Sheryl Sandberg) coupled with a self-sacrificing tendency to put their families first has resulted in the majority of Indian women unable to utilise the full potential of their technical degrees and management qualifications. Pooja does add that more mentorship for women, and educational programmes, conferences, campaigns, etc., can also influence women into taking up these male-bound jobs.

But, will the numbers change along with people’s mindsets? Will Indian women be able to think beyond their families? Will they get role models like Jeff Bezos or Mark Zuckerberg to predetermine their journey into the passionate, highly competitive world of deep tech? That is a question that only time will answer.