Discounts Lead The Way For Ecommerce On Social Media: Report

Discounts Lead The Way For Ecommerce On Social Media: Report

According To The VAIZLE Report, In 2017 Most Social Media Posts Were Focused On Discounts And Offer Related Keywords 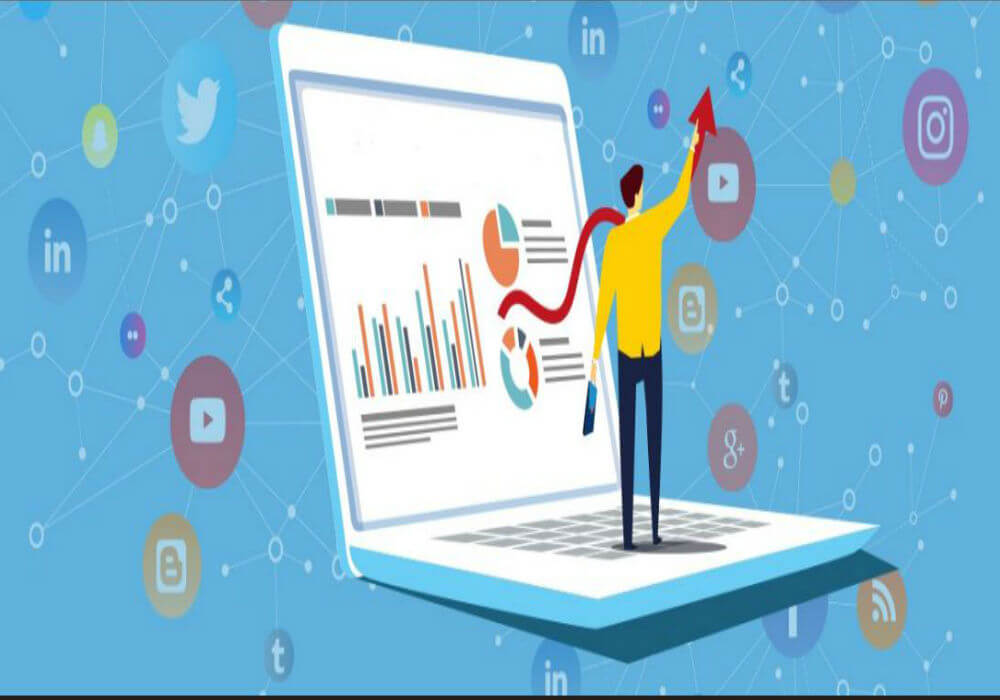 “If discounts are withdrawn, the entire ecommerce business would disappear as people primarily shop online for the discounts on sales.” – TV Mohandas Pai.

The above statement shared by Pai in the wake of Flipkart losing appeal against the Income Tax department against reclassifying discounts as expenditure is completely validated by the findings in the recent “Social Media Report On 100 Startups” by VAIZLE.

According to the report, in Q1 and Q3 2017, most social media posts by ecommerce startups were mostly discount or offer related keywords. Also, 15% of the tweets were related to offers and discounts, most of which came from horizontal and fashion ecommerce startups.

The top three startups with the highest percentage of discount and offer related tweets were Flipkart, FabFurnish, and Zopnow.

The report further provides the benchmarks created across 13 categories, including the most popular sector as well as the startup in each category.

Here is a glimpse of all the startups which took the top spot in each category:

In terms of categories, real estate was the clear winner here. On an average, real estate startups post over 2082 posts in a year. The second spot was taken up by classified startups which includes companies like Cartrade, Quikr, and CarDekho. The startups in this category were seen posting 1510.7 posts per brand. Horizontal ecommerce took the third spot with 1476.1 posts per brand.

**Home furniture category was the worst performing category with only 647.3 posts per brand. 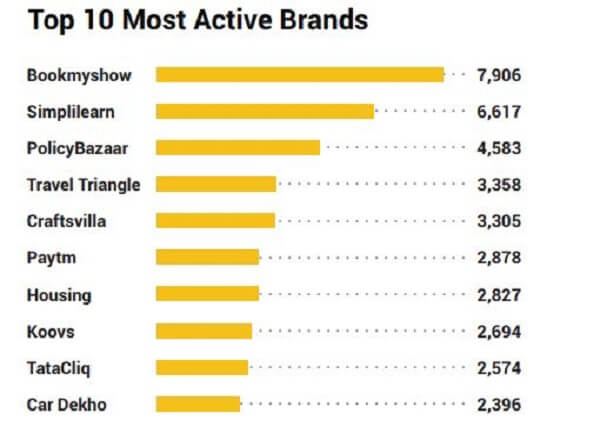 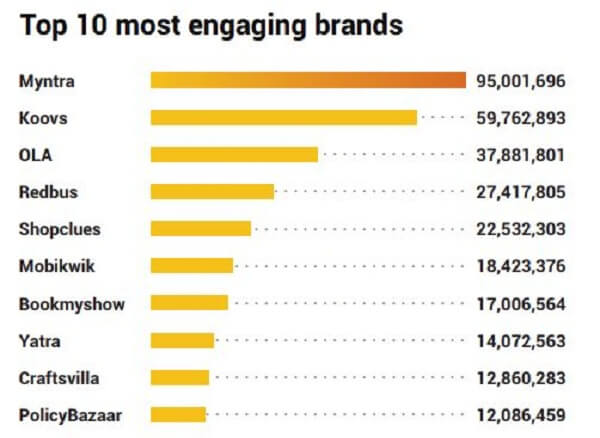 Fashion & lifestyle ecommerce startups created the most engaging video. This category received a whopping 10 million video engagements per brand in 2017. 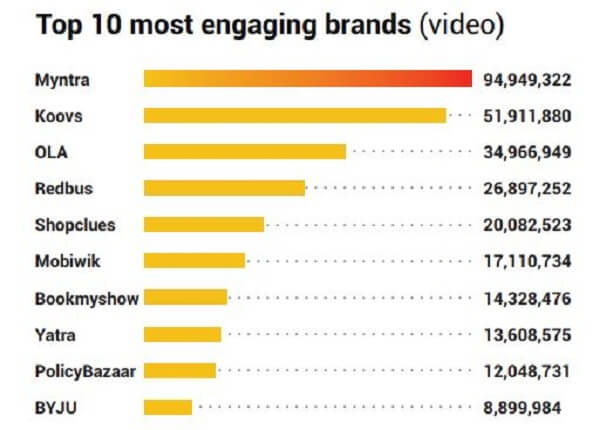 Hyperlocal ecommerce startups were most responsive, followed by travel & marketplace and home furniture startups. On the other side of the spectrum, responses from real estate, edtech, and sexual wellness startups remained low. 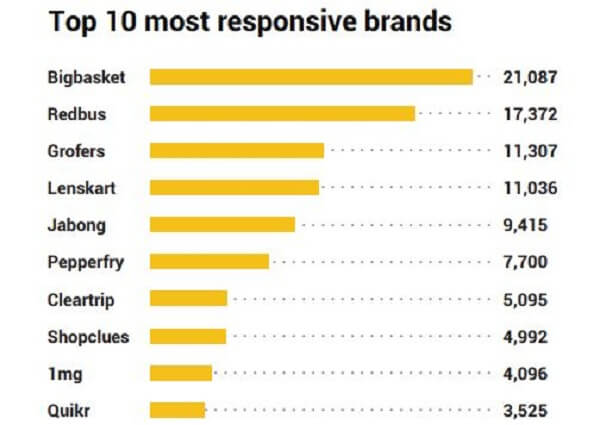 Other Key Findings From The Social Media Report

The social media trends revealed in the VAIZLE report clearly highlight that even if the Indian startups boast of getting traffic on their platforms through organic marketing, the discount is inevitable. Although the rise in the standard of living has pushed the Indian consumers towards better quality adoption, still the primary purchasing behaviour revolves around ‘how great the discount is’ phenomenon only. With the growth of the Indian consumer Internet industry, particularly the ecommerce, will the Indian consumer too evolve to take a step ahead of discounts like his western counterparts in the coming times, will certainly be an interesting development to watch.