In Q1 2020, UPI recorded 3.87 Bn transactions but the volume dropped in March and April

Overall, the volume and value of transactions in Q1 2020 dipped by 10% and 12% respectively 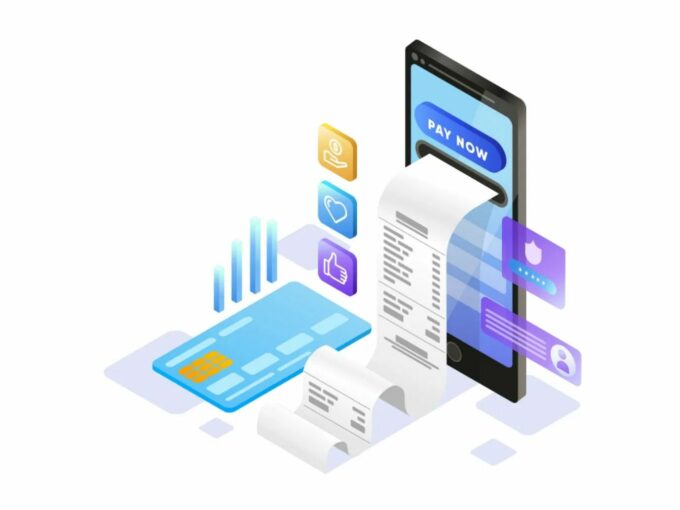 India is rushing towards a digital economy and experts suggest that the Covid-19 pandemic has pushed the momentum further. As social distancing, work from home and online meetings become part of daily routine, it is likely to see an increase among consumers wanting to spend cashless, reveals a report by WorldLine. However, the Covid-19 induced lockdown has interrupted the fintech boom in India.

According to the report titled, ‘India Digital Payments Report Q1’, with over 886 Mn payment cards, 5 Mn point-of-sales (PoS) and digital solutions like unified payments interface (UPI) and FASTags, India has the potential to empower consumers with contactless solutions.

In India, the highest number of transactions in terms of volume and value were recorded in January 2020. But the numbers sharply fell in March due to the ‘Janta Curfew’ which was followed by the nationwide lockdown. 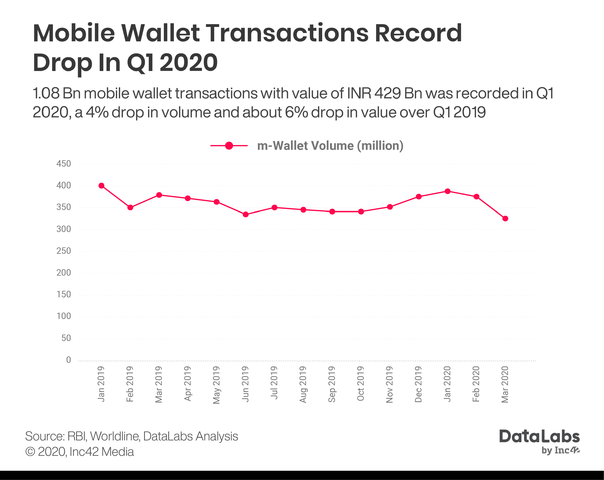 The transactions at retail points also dropped significantly in Q2 as a result of extended lockdown. The month-on-month transactions volume and value dipped by over 60% in April 2020, the report added.

However, in the fourth phase of the lockdown, the government allowed most of the establishment to reopen. With this, Worldline is expecting a rise in digital transactions.

At the same time, the total number of debit cards in the country dipped by 11% to 828.56 Mn in Q1 2020 as compared to Q1 2019. The fall in outstanding debit cards was witnessed a few months ago on account of discontinuation of magnetic stripe cards and the closure of non-active zero balance accounts. However, the number of debit cards issued in India picked up again in 2020 as over 23 Mn debit cards have been added since December 2019. 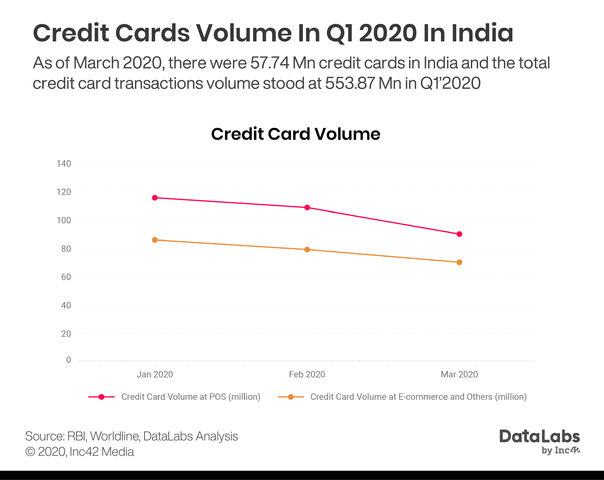 Moreover, credit card transactions, which accounted for 30% of the volume of card payments, stood at 44% of the total value of transactions. This means that consumers are using credit cards for high-value transactions while debit cards are being used for small ticket size purchases.

In Q1 2020, the total number of PoS terminals deployed by merchant acquiring banks crossed the 5 Mn mark. The report said that there were over 5.13 Mn PoS terminals in India as of March 2020. 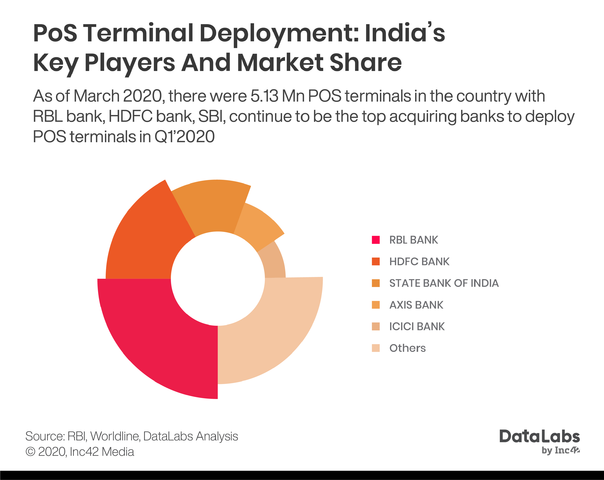 With smartphones and the internet extending its reach, users are now transacting more using digital payment applications such as Paytm, PhonePe, GooglePay, among others. 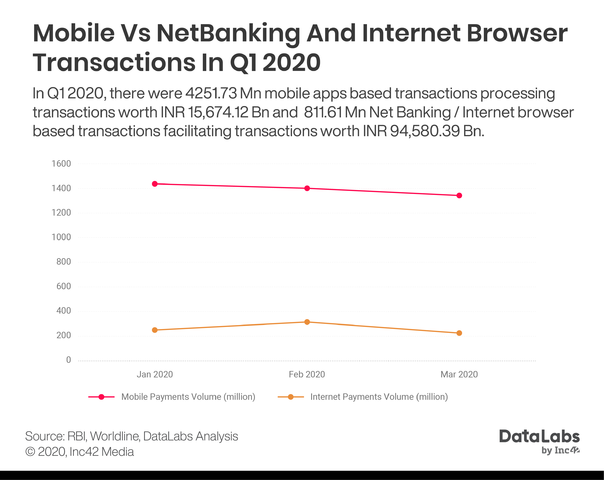 Meanwhile, users carried out 1.08 Bn transactions worth INR 429 Lakh Cr in Q1 2020 through mobile wallets, a 4% drop in volume and 6% drop in the overall value as compared to Q1 2019. The report revealed that an easy to use interface clubbed with attractive offerings helped mobile wallets to gain loyal customers over the years. A major factor behind this growth was the increase in the number of banks joining the UPI wave. In Q1 2020, five banks joined the UPI ecosystem, bringing the total number of banks providing UPI services to 148 as of March 2020.

However, the total number of transactions and the total value of UPI payments witnessed a hit in March. Overall month-on-month transactions dipped by over 6% in March as compared to February due to the lockdown.

As of March 2020, the government has issued 16.82 Mn FASTags since the inception of the NETC programme. However, the numbers dropped by 23% in March as compared to February 2020. 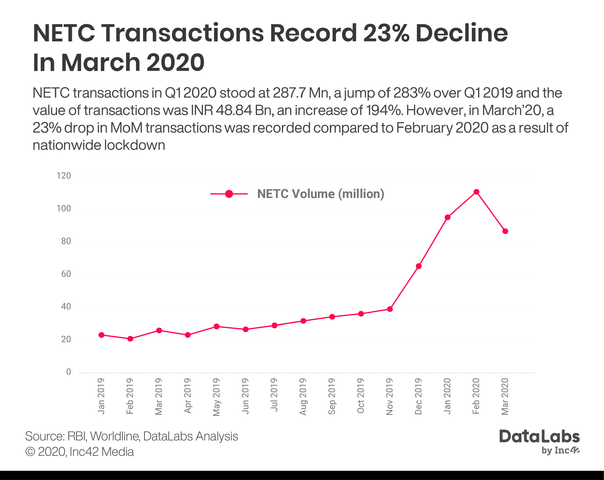 These numbers are further expected to drop in April due to the lockdown while it might pick up a bit in May as the government eases restrictions on movement of vehicles. The report said that NETC can gain significant momentum with the addition of use cases like parking, e-challan and payment for fuel charges, among others.