RBI has extended the March 31, 2021 deadline for implementing additional factor authentication (AFA) for recurring payments by six months to September 31

India’s draft ecommerce policy, which is yet to be finalised, will likely target the indirect ownership structures that Amazon and Flipkart have created with their preferred seller entities 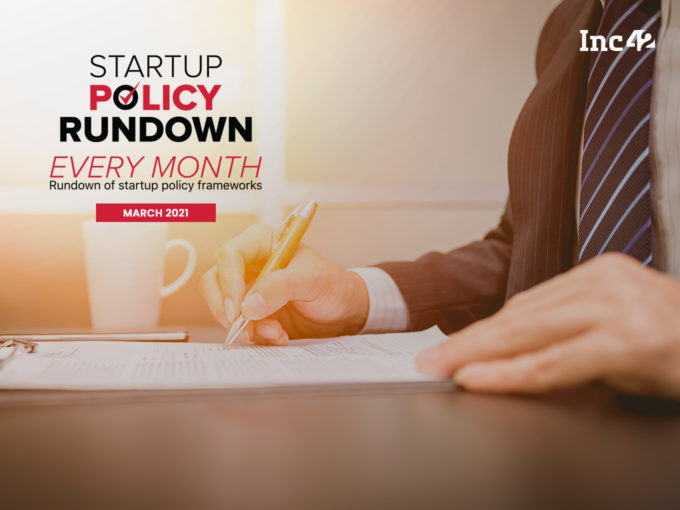 The month gone by saw a lot of intense debates on the centre’s new guidelines for digital media intermediaries, formally called the Information Technology (Guidelines for Intermediaries and Digital Media Ethics Code) Rules, 2021. Ostensibly meant to curb fake news and misinformation, critics felt that the guidelines will only help the government to muzzle dissent, as it requires significant social media intermediaries such as Facebook, YouTube, Twitter and others to identify the first originator of any piece of information that the government feels is ‘fake news’ and jeopardises the sovereignty and integrity of India.

There are also going to be huge compliance costs for social media giants, as well as India’s digital media startups and OTT platforms, who will now have to appoint grievance redressal officers. Specifically for digital news media and OTT platforms, both will have to submit to the authority of a government-appointed inter-departmental committee (IDC) which can take up complaints against content on the internet suo moto, and order directions for blocking certain content.

Besides these new guidelines for digital media intermediaries, there’s also RBI’s decision to extend the deadline to implement additional factor authentication (AFA) for recurring payments or e-mandates by six months, from March 31 to September 31, 2021, among other policy announcements for startups in March. Here’s a recap of the major policy roll-outs and decisions in the month gone by.

India’s new guidelines for digital media intermediaries are wide-ranging and would apply to any Indian website publishing content. The provision that requires significant social media intermediaries (those with over 50 lakh registered users) such as Facebook, WhatsApp, Twitter and Instagram, to identify the first originator of any information, could require messaging platforms such as WhatsApp to break their end-to-end encryption (E2E) for private chats, something which forms the fulcrum of their claims of safeguarding user privacy.

The rules also require significant social media intermediaries to have a physical contact address in India, besides having to appoint three personnel, namely a chief compliance officer, a nodal person of contact for 24×7 coordination with law enforcement agencies, and a resident grievance officer. These requirements for significant social media intermediaries are expected to be difficult to fulfil for platforms such as Signal, which has been developed by an American non-profit organisation called Signal Technology Foundation.

The rules also mandate a three-tier oversight mechanism for news publishers and OTT platforms. All content would have to be carried with a content classification certificate such as U (Universal), sub-classified into U/A 7+, U/A 13+ and U/A 16+, and A (Adult), which is content only to be viewed by those aged 18 and above. This and the appointment of a grievance officer forms the first tier.

The third level will have an inter-departmental committee (IDC) constituted by the I&B Ministry. The committee will be headed by an authorised officer of the ministry, not below the rank of a Joint Secretary and will address complaints referred to it by the self-regulating body or by the ministry. As per the new rules, the IDC head will have the power to issue directions for blocking certain content. The committee will also be able to take certain matters suo moto, without waiting for either of the first two tiers to be exhausted.

The Reserve Bank of India, in its earlier directive, had said that as per the new rules for recurring payments, banks will need to send a notification to the customer, five days before a recurring payment is slated, and allow the debit to go through only after the customer okays the transaction. For auto-debit payments of over INR 5,000, banks will even need to send a one-time password (OTP) to the customer. The rules would have affected standing instructions (SI) registered on credit or debit cards for services such as Netflix, Amazon Prime, Disney+ Hotstar as well as a host of other online services such as billers and insurance providers, among other things.

Banks had already said that they weren’t ready with the backend support needed to enable AFA for recurring payments. So on the day that the deadline lapsed, RBI extended the same by six months to September 31, 2021, to prevent inconvenience for customers.

The National Payments Corporation of India (NPCI), last month, issued the standard operating procedure (SOP) for the implementation of its 30% market share cap on third-party application providers (TPAPs) facilitating UPI transactions. As per the directive issued in November last year, no single TPAP such as Google Pay, PhonePe and Paytm, will be allowed to process more than 30% of the total number of transactions occurring through NPCI’s Unified Payments Interface (UPI) network.

The SOP details how the NPCI will implement this directive. In its SOP, NPCI has stated that the total volume of UPI transactions, of which no more than 30% can be processed by a single app, will be calculated on a rolling three-month basis. Existing TPAPs that exceeded the 30% cap as of December 31, 2020, have been given a period of two years to comply with the new rules in a phased manner.

The SOP states that the design principle to be used to control the volume of UPI transactions through each TPAP is user onboarding onto the UPI app.

So once a TPAP has touched the 30% market share cap, it would have to stop new user on-boarding. In such an event, UPI apps would be required to send prospective new users the following message: “Dear user, as per NPCI rules any UPI app with more than 30% market share cannot onboard new customers until their market share goes down. Currently, the UPI market share is % so unfortunately, you’ll have to wait a while before you can access our UPI services. We apologize for the inconvenience and promise to notify you as soon as NPCI allows us to onboard you again!”

“There will be a provision to exempt the players to some extent when the volume cap is reached so that it does not create sudden disruption in the market. Such exemption may be for a limited time period of up to six months basis the request by TPAP through their PSP Bank upon breach of certain thresholds,” says the SOP document.

More details about the SOP can be found here.

Amazon India, Flipkart and other ecommerce marketplaces or hybrid platforms will soon have to ensure that there is no bias or partiality in their algorithms that favours particular sellers, as per the draft of India’s new ecommerce policy. Besides this, the policy, which is yet to be finalised, will likely also bring in changes affecting the likes of Amazon and Flipkart, who have been facing accusations of circumventing India’s FDI regulations and indulging in anti-competitive behaviour.

The Press Note 2 which notified the FDI rule changes in December 2018 stated that foreign ecommerce players are barred from selling products from sellers in which the companies have an equity stake. Ecommerce companies have managed to circumvent these changes by restructuring their holdings in these sellers through other subsidiaries, thereby only indirectly owning a stake.

The new rules, which are likely to be notified soon, will look to target these structures. It would not allow an ecommerce firm to even hold an indirect stake in a seller through its parent entity. The changes are likely to hurt Amazon the most as the company holds indirect equity stakes in two of its biggest online sellers in India — Cloudtail and Appario Retail.

Two years in waiting and The Unmanned Aircraft System Rules, 2021 have disappointed the likes of Zomato, Swiggy, Dunzo and many other startups that have been waiting for approval to make deliveries through unmanned drones.

The new rules, drafted after wide consultation with the industry and experts, just provide structure to the already existing use-cases of unmanned drones, leaving the plans of taking to a high-tech delivery mechanism by tech companies in limbo.

Experts told Inc42 that while the government doesn’t inherently have an objection with tech startups taking to drones for making deliveries, it has chosen to tread cautiously, given the absence of a robust infrastructure that is neither fully ready nor been adequately tested to ensure against possible mishaps.

On February 27th, RBI had extended its earlier February 26 deadline for receiving proposals for setting up a New Umbrella Entity (NUE) to March 31, 2021. With the deadline having lapsed, some of the major NUE proposals received by RBI include those by consortiums led by Tata Group, Paytm & Ola, Amazon, and Reliance and Infibeam Avenues backed So Hum Bharat respectively.

You can find the full list of applicants here.