Digital Lenders Get Aggressive As Loan Recovery Stalls In Pandemic 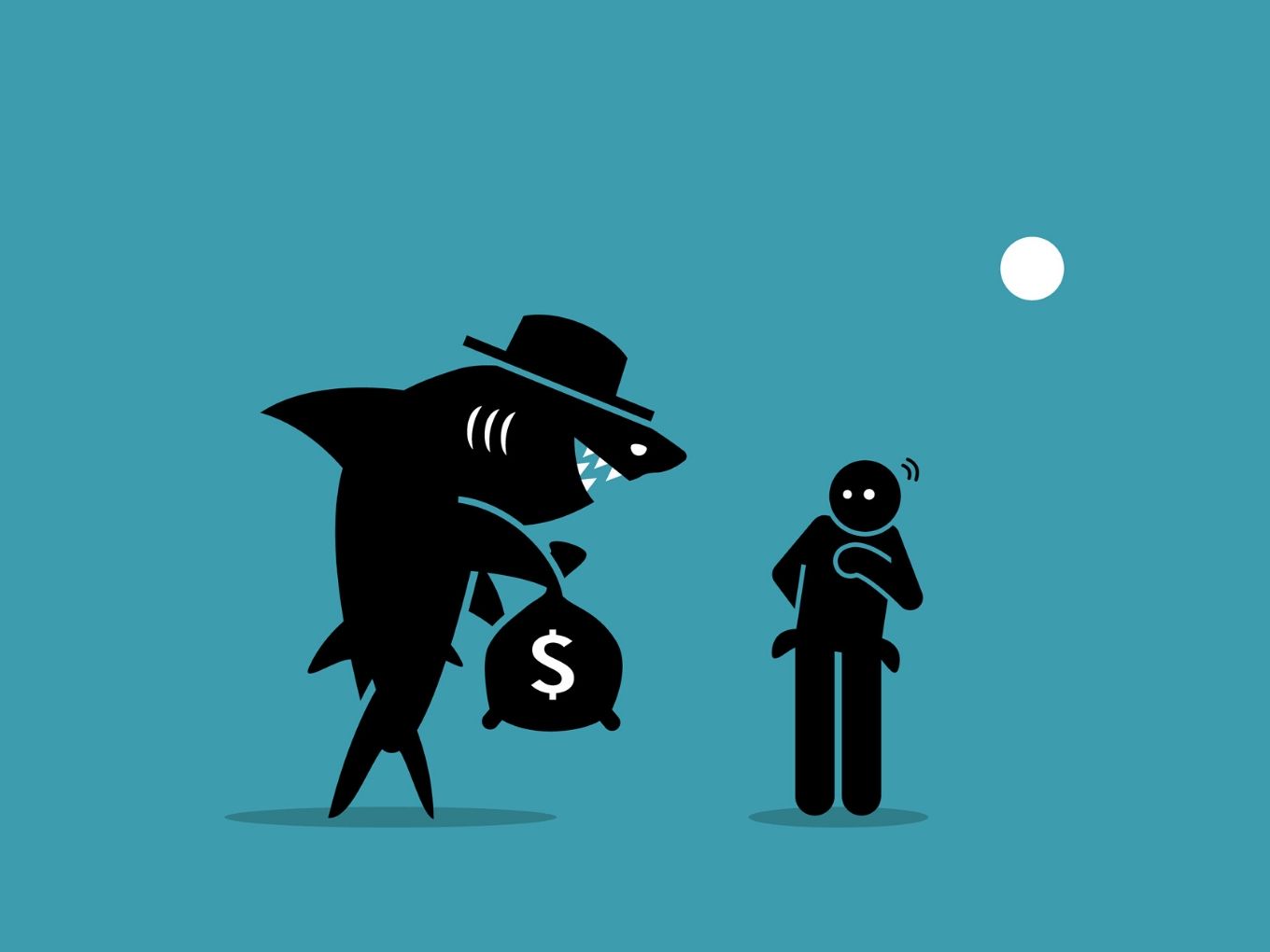 Kissht, CashBeam are among lenders charging fees for extensions in due dates

The lending market faces a bleak future and digital lending startups are preparing for a major overhaul in their credit models and risk analysis. This is primarily because recoveries have become harder due to the extensive layoffs, job furloughs, pay cuts and loss of employment for gig workers and small businesses, who are the primary target audience for most digital lending companies in India. Many of these customers, which made lending such an attractive fintech sub-sector, are not able to repay their loans due to the Covid-19 led economic slowdown.

With collections slowing down even among non-banking financial companies (NBFC), the flow of credit from institutional players, larger NBFCs and banks are expected to take a major hit. Even as some tech-enabled lending startups claim to have collection ratios that can be said to be fairly good, in many cases, borrowers are using the temporary relief provided by the Reserve Bank’s moratorium on term loan repayments.

But not all kinds of loans are eligible for the moratorium and this has led to major confusion in the market. Some smaller lending startups have been accused of harassing customers unable to repay their EMIs for unsecured loans which are not covered by the moratorium.

From being harangued on phone calls to being threatened publicly with messages sent to their contact list, digital lending customers have alleged that such bullying is rampant as companies look to get their dues. Meanwhile, some people have also committed suicide due to the pressure of not being able to repay loans.

The crux of the issue is the moratorium on term loan repayments. According to the circular, banks and NBFCs can defer the loan instalments of their borrowers that are due for payment between March 1, 2020, and May 31, 2020. However, only long term loans such as home loans, personal loans, car loans, working capital loans and agriculture loans and credit card dues are eligible for the moratorium. The moratorium is reported to be extended soon for a further three months.

Multiple customers have alleged that Moneed Group-owned lending platforms Moneed and Momo Lending have sent text messages to the contact list of defaulting borrowers. A text message allegedly sent by Moneed reads, “We are finding a very big loan fraud. Police are finding Ramesh Singh (name changed). He has taken a loan and gave your number as a guarantor.”

#OperationHaftaVasooli
The online app finance is misusing my phone contact and Id proofs,due to covid 19 they are sending messages to all my contact and they are harassing me to much.they don't understanding our situation???. pic.twitter.com/38qaRHgnAO

Speaking to Inc42, a Kerala-based Moneed customer said that he took a short-term loan of INR 8000 in March for 21 days. However, he was not able to repay it on time due to which the company has allegedly sent such messages to many in his phone’s contact list.

Similarly, other applications are also sending messages to the contacts in the phone book while others are threatening heavy interest rates and late fees. Among the lending platforms named by customers in recent complaints on social media are the likes of Z2P, CreditRupee, GetRupee, and HiCash.

Meanwhile, KreditBee’s founder and CEO Madhusudan E said that the startup is following the guidelines of RBI for the moratorium. As of now, KreditBee has offered a moratorium to around 500K borrowers. “KreditBee doesn’t take numbers from the phonebook of the borrowers but requests users to give two contacts by themselves. The startup only reaches out to the contacts if the borrower is not reachable,” Madhusudan added.

Moreover, KreditBee is said to be providing multiple options to users who don’t want to opt for a moratorium while offering discounts on EMI interest.

Though these ways might seem illegal, founder of big data analytics company Spocto, Sumeet Srivastava told Inc42 that most customers don’t read the terms and conditions properly and accept it without understanding the flaws. “Many of these applications have hidden T&Cs which gives them consent to contact people in the phone books of the borrowers.”

Z2P’s founder Rajat Yadav also confirmed that the consent for all actions is taken from the users at multiple stages. He said that the consent from users is taken through in-app pop-up notification, loan agreement, terms and conditions, and lastly by email communications.

However, Prasanth Sugathan, legal director at Software Freedom Law Centre, believes that it isn’t completely legal. He calls it a breach of privacy laws as these companies never contacted people whose numbers were in the phonebook of the defaulters.

Sugathan also pointed out that due to lack of a data protection law, these companies can access the phonebook of borrowers. “These NBFCs don’t need access to my contacts for their services,” he added.

Meanwhile, some of the lending platforms are also threatening their defaulters over phone calls to repay loans, including threats to send messages to people in their contact list.

A Bengaluru-based borrower told Inc42 that he was a regular small-loans customer for CashBeam and had repaid in the past on time as well. The individual, who works as a freelancer, said that this time he was unable to pay the loan on time due to the impact of the pandemic on the revenue. “A person on behalf of CashBeam called me many times asking to repay the loan otherwise the company will tell everyone in the contact list that I am defaulter. He also verbally abused me,” the individual alleged. Inc42 tried to contact CashBeam but got no response from the company.

Besides sending text messages to contacts, lending startups are also hoping that customers would agree to extend their due date for the repayment of loans by paying a small premium.

For example, Kissht is asking borrowers to pay 20% of the loan amount as a fee for an extension of up to 21 days. It’s charging customers INR 2K on an INR 10K loan to extend the last date for repayment. Non-repayment of any dues directly impacts the CIBIL score and any drop in the CIBIL score discourages lending institutions to lend money to an individual. This is the reason why many users might be paying additional fees just to extend the last date of repayment for a few days.

A Kissht spokesperson told Inc42 that the startup had launched the date extension programme ‘Snooze’ as per the request of customers using FastCash line of credit in January 2020, much before the RBI moratorium announcement. “Apart from the 21 days extension, it offers 100% past dues waiver and 0 interest rate with 0 penalty charges,” the spokesperson added.

Kissht’s spokesperson also claimed that the company has offered a free extension to some borrowers who are not able to pay the Snooze fee. “Over the last two weeks, we have provided an extension to over 8000 customers via requests received on Twitter/ FB/ Instagram channel in response to our campaign.”

Kissht’s customer support team told us that Kissht is charging extension fees to users who had availed a FastCash loan, a short-term unsecured loan product.

Z2P and Kissht are helping borrowers, who are eligible for a moratorium, understand the terms of repayment under the facility. However, Kissht is charging INR 299 from users to defer their EMIs, a helpline executive told Inc42.

Meanwhile, other lending platforms have threatened users about legal consequences for non-repayment. For instance, Monewow is sending such messages on WhatsApp, according to some users.

Again, it must be noted that most of these borrowers are those who have taken short-term unsecured loans which don’t qualify for the three-month moratorium announced by the RBI.

Nevertheless, lending startups do have to figure out how to avoid such a situation in the future, when incomes of individuals and revenues of businesses could be impacted by non-business factors. Digital lenders are being forced to reevaluate models, revisit customer profiles to change their approach. Online lending platforms have had to default to giving loans to only those with good credit history, something they have actively tried to move away from for so long.

These factors will play a crucial role in who gets a loan in the future. The goal will be to preempt NPAs and irregularities in repayments to provide loans to customer profiles that will suit the evolving digital credit models. And this might even change some of the more brusque recovery strategies employed by digital lenders.