Though demonetisation and GST have been the buzzwords of 2017, however, a recent survey revealed that the two have affected startups adversely.

Social media platform LocalCircles recently conducted a survey amongst 33K startups and entrepreneurs on from different parts of India to find out how the Startup India Mission was going for them and the different roadblocks they were facing in making their company successful. 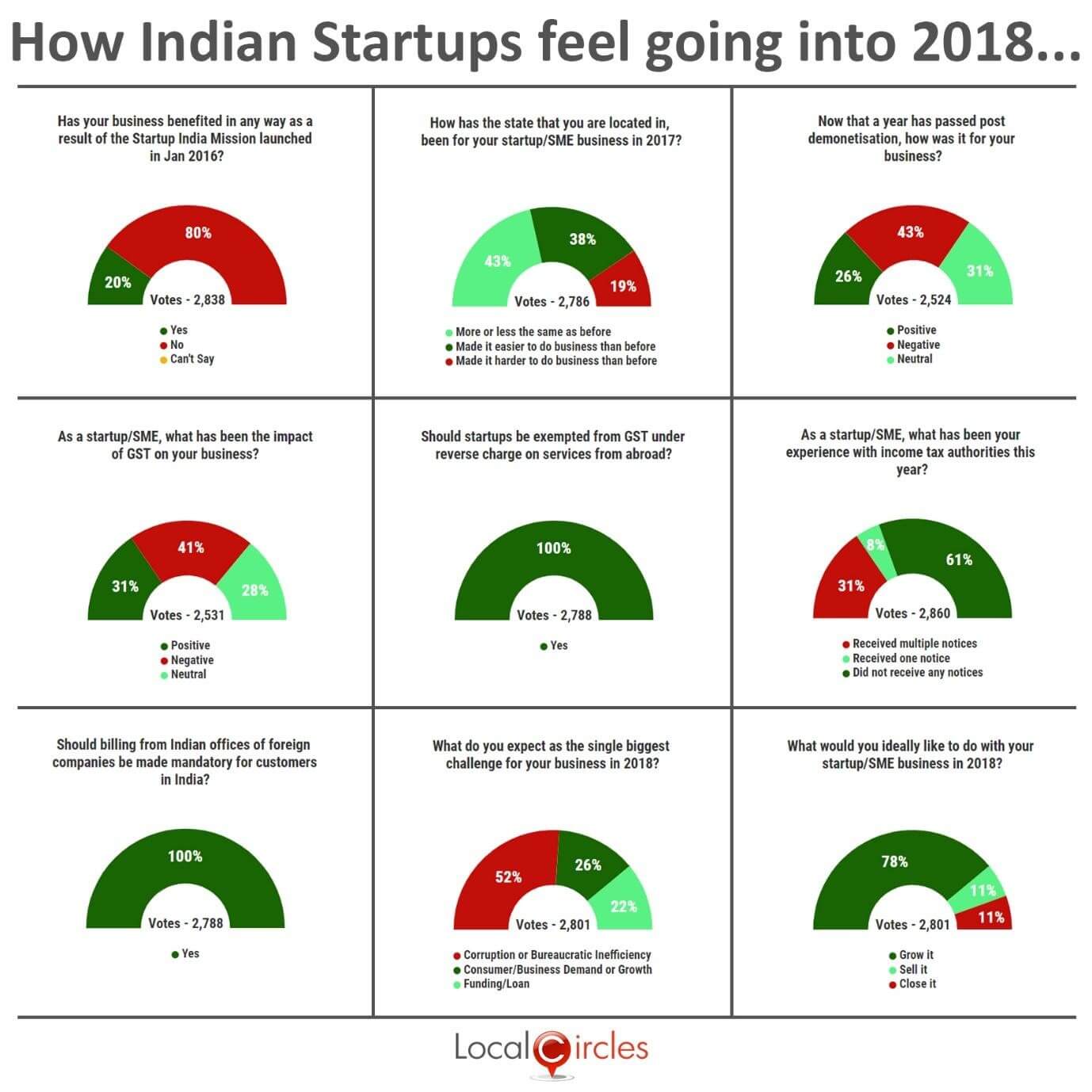 While just 26% and 31% of the respondents stated that demonetisation and GST had a positive impact on their companies respectively.

After the highs of 2015, the mushrooming ‘rate’ of startups have come to a halt for the last one and half years. Under the Startup India Mission, the Indian government has taken a host of initiatives such as fund of funds, Atal incubation centres, IP funding and more.

As Indian companies are going global, and in many cases even local companies use digital advertising services from global companies like Google, Facebook, Twitter, the startups have to pay 6% equalisation levy on top of the invoice value as their billing entity is not registered in India.

The startups trading abroad have to pay 18% GST under reverse charge. In the LocalCircles’ survey, startups clearly had mixed responses over the Startup India and states’ startup policies.

One of the major issues that the companies have voiced quite openly is that most of these policies, states’ in particular, are not transparent. For instance, Karnataka’s Elevate 100 incubation programme where 112 startups were selected instead of the announced target of 100 startups was hugely criticised. As voiced in the startup India survey regarding GST, demonetisation and double taxes, the Govt. of India has already indicated that it might exempt startup taxes in the upcoming general budget.