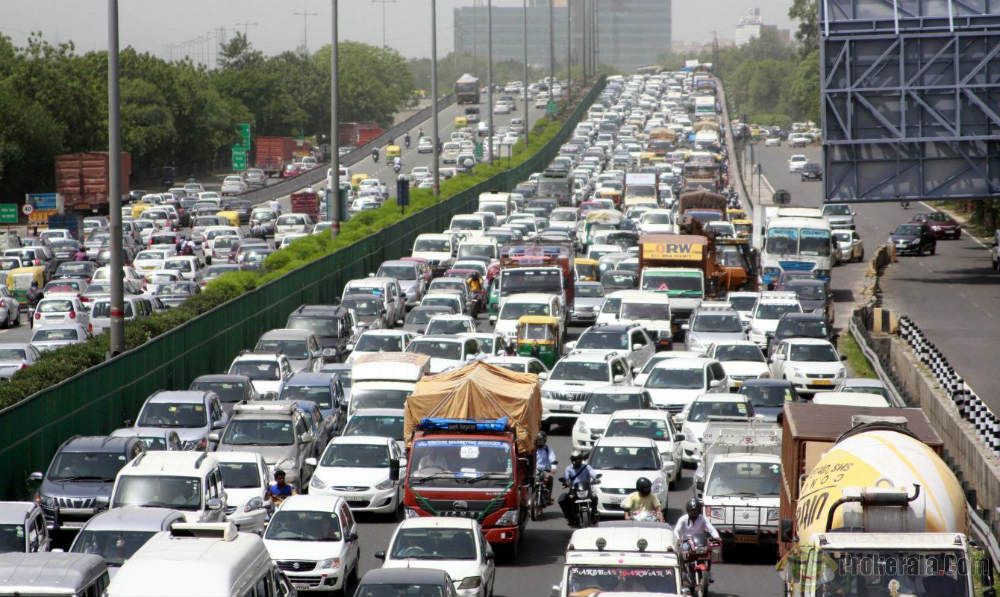 Come January and the Delhi government’s odd-even license plate road rationing experiment will be enforced for 15 days in the capital. With buses and metros already running at 80-90% capacity utilisation and plans of capacity addition only materialising by March, there is a dire need for alternative means of transport for daily commuters. Though the move has been criticised as a knee jerk reaction, yet startups in transportation are gearing up to make the most of it. In order to leverage this opportunity and promote better utilisation of vacant seats, startups like Uber, Ola and others are promoting the ride sharing concept on their platforms.

Ridesharing or carpooling is a mechanism for people to be able to travel by better using existing assets, i.e. empty seats in existing private cars. It is quite common in private cars in the US market for cab hailing companies. However, the trend is yet to pick up in India.

Here’s a quick look at how startups like Uber, Ola, BlaBlaCar, Zoomcar, and Shuttl among others will help Delhiites beat both traffic and congestion woes and ensure a comfortable ride in the following days.

Cab hailing app Uber has launched its private car pooling service in Delhi, which will allow private car owners to offer rides to passengers in need. Uber will start with carpooling from December 16 (today) to fight congestion and pollution, in line with Delhi Govt’s bold steps to curb pollution in the city. 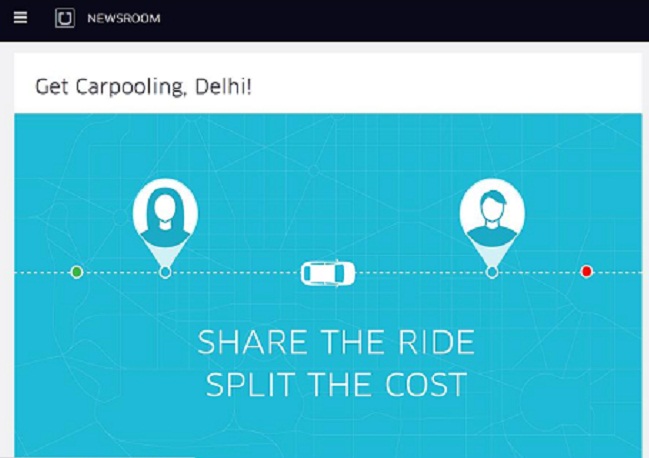 Currently, Uber has over 2.5 lakh registered driver partners on its platform in India, and is present in 22 cities, which is acclaimed to be the highest in any country outside the US. The company claims that it will keep intact the security of the passenger with its product safety features such as viewing driver’s details, GPS tracking, share my journey, the HELP button in case of any emergency and two-way feedback, before, during and after the ride. Uber is confident that the new feature will be able to tap over 27 lakh private cars in the city, and make travel cheaper to 10-30 per cent for passengers opting for shared rides. Presently, Uber offers its ride sharing facility in Bangalore apart from international markets. Uber plans to finally include the service on its platform after the state government’s odd-even formula is passed, and it gets a positive review from the government.

Its rival Ola meanwhile has launched Ola Share, a social ride-sharing offering in Delhi-NCR. The service was first launched in Bangalore in October. The service started in Delhi on December 15th (yesterday). Only CNG vehicles will be utilised for Ola Share bookings within Delhi.

Through Ola Share, customers can travel with members of social groups they are part of, without having to share their ride with strangers. Users can join multiple groups or simply choose to share a ride with anyone. Users can also request creation of groups with due email verification. As soon as a user requests a share ride on the Ola app, they will be paired with other users from their groups along their way.

Ola Share will appear on the Ola app as a separate category, allowing a maximum of three people to share the cab. On sharing the drop location, the Ola app uses advanced algorithms to match users from common social groups, looking for a cab on the same route, in real-time.

France based ride sharing platform BlaBlaCar which launched in India this January, will also leverage this opportunity to push ride-sharing among Delhiites. Over the last one year, Indians have already taken to ridesharing in a sizeable manner, with about 1 Mn seats offered on BlaBlaCar in the first six months in India for 55 million kms travelled across 700+ cities in India. The Delhi Government can enable the success of odd-even license plate experiment by encouraging ridesharing.

BlaBlaCar will help connect users with car owners who have cars with odd or even number plates respectively so that they can travel every day without any worries. 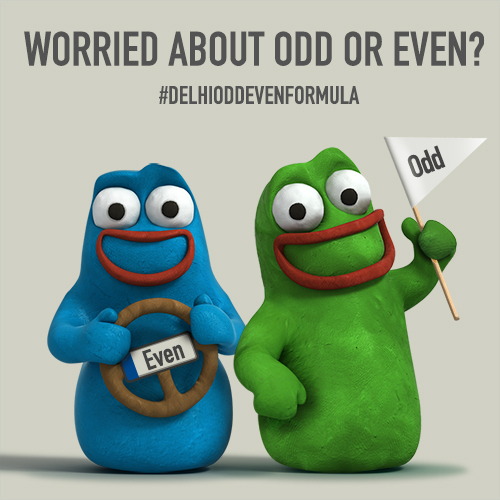 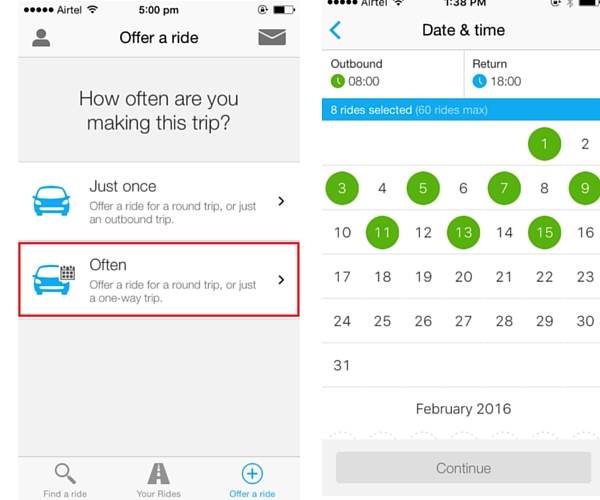 Similarly, in light of the new odd – even rule introduced by the State government, self-drive car rental company Zoomcar has also introduced a series of alternate options to make commuting smooth and easy. Zoomcar has designed special packages such as Zoom Commute to encourage corporates and office goers who are looking for an economic weekday commute option. In an effort to make self-drive more accessible and convenient during a time of heightened traffic woes in the city, Zoomcar is all set to expand its doorstep services in Delhi and encourage the idea of renting cars for their daily commute.

Speaking on this, Greg Moran, CEO and co-founder, Zoomcar said, “We encourage our customers to use self-drive as an affordable alternative to owning cars which includes maintenance costs and depreciation among others. The world over self-drive is today seen as a green alternative to owning cars as it increases the functionality of cars, which end up being used only when it is absolutely necessary, thereby bringing down the overall number of cars on the road. Our professional teams also ensure that the maintenance of the vehicles are up to date and thereby alleviating the problems of vehicle management and pollution from the customer’s mind. We see this as a suitable option to check Delhi’s growing traffic concerns. ”

Zoom Commute allows the customer to rent a vehicle for Monday to Friday for affordable rates starting at INR 3,000 for a Figo for a week (including fuel).  The special package is customised for those who are driving limited kms per day (~30 kms) and is targeted at commuters to use as a substitute for a personal vehicle.

Meanwhile, in an effort to help the government initiate this rule seamlessly, bus aggregation platform Shuttl has launched a website oddevenbyshuttl.com to provide a consolidated information on the odd even proposal. The website presents all available data, news and opinion on the odd-even proposal and also allows users to join the discussion through social media. It’s a one-stop destination for all queries related to the implementation of the new scheme. Additionally, Shuttl buses, which currently run on 60+ routes in Delhi NCR, aim to overhaul daily urban commute to make it smart and reliable. 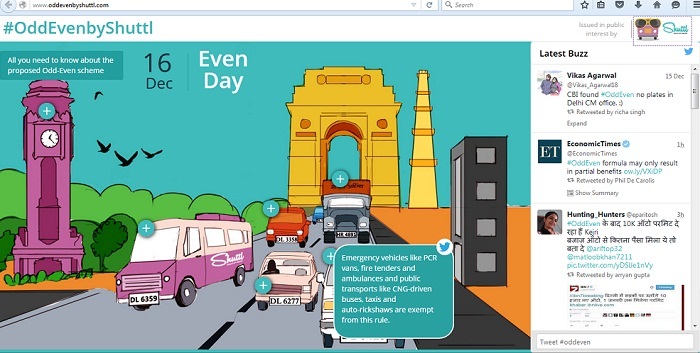 Despite the endless debates on the proposal, there still doesn’t exist a single source of organised data to address every citizen’s query. Shuttl has, therefore, taken this step to provide all necessary information on one portal for the people of Delhi/NCR and make their lives easier during the pilot run of the project. Shuttl is also welcoming other transport-related startups and organisations to be part of this initiative and provide information on how they are doing their bit to clean Delhi’s air and help commuters.

A similar website, www.odd-even.com, has been developed by 13 year old Akshat Mittal to help commuters pre-empt and plan their journey when the rule is applied. The website will help commuters identify and discover partners with whom they can share rides to/from workplace. As per the teenager, who is also a part of the TiE Delhi-NCR Young Entrepreneur program (TYE), his solution is different from other carpooling apps /sites on account of its algorithm that does the short listing of matches based on preferences and odd/even number cars for commuters.

Besides these startups, there are others as well who stand to benefit from the even-odd car system. ZipGo is another bus aggregator which has also entered the Delhi market, announcing the launch of women only buses. Similarly, Mumbai-based rBus is also  evaluating a Delhi launch, even though the odd-even rule will be an experiment only for the first two weeks of January. Ola Bus services could also see a surge in adoption during the two weeks. On the same lines, radio taxi provider Meru cabs, which allows carpooling for private vehicles through its app, will also launch ride sharing for its cab services next month. It is needless to say, that the initiative will much boost demand for cabs and shuttles during the said weeks.  A similar uptick could also be witnessed by other transport aggregators such as Jugnoo which aggregates autorickshaws.

These startups have rolled out ambitious plans to make the most of the opportunity provided by the Delhi Govt’s odd even policy. However, how effective they prove to be and how much does ridesharing find acceptance by Delhiites, will be revealed in the first 15 days of January. Will Delhi be able to see more days of fresh air on an average as a result of this pilot? Will there be significant policy changes post this experiment? Will it have an impact on the way people commute on a daily basis? Will it herald more acceptance for ridesharing in India? These are questions on everyone’s minds right now; the answers I guess will be clearer after 16 January.