The government has introduced ‘scrapping incentive’ under the electric vehicle policy, which it claims to be first-of-its-kind in the country 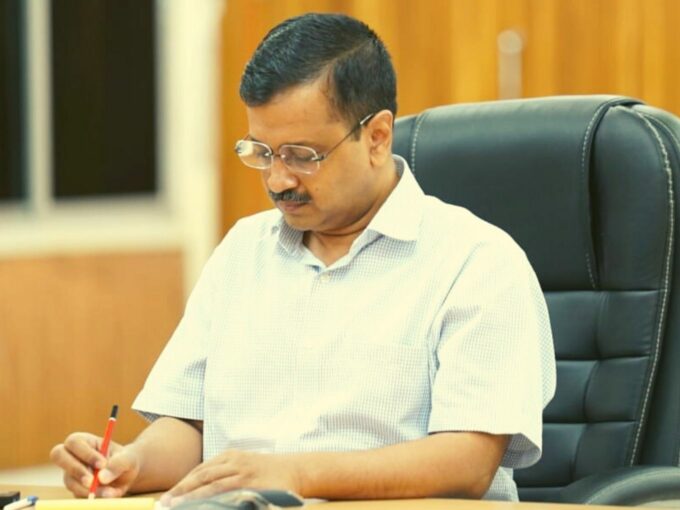 In a bid to generate employment and curb the air pollution menace in the national capital, Delhi chief minister Arvind Kejriwal, on August 7, announced the launch of ‘progressive’ electric vehicle policy. With this, the AAP government looks to have 25% electric vehicles on road by 2024. Kejriwal said that this will be an add on to Centre’s FAME-II scheme, where people can avail benefits under both these plans.

In addition to this, Kejriwal said that the government will also be giving low-interest loans on electric commercial vehicles. This move by the government to provide financial support is expected to fast track the electric vehicle adoption in the national capital and boost EV sales in the coming months, given the discretionary spending among the consumers caused due to pandemic.

Many industry experts and startups also agreed that the national capital’s new electric vehicle policy is a positive step towards EV adoption. The Government of India’s energy service company EESL, in its Twitter post, recently said that this new policy would provide a boost to #eMobility in Delhi.

The new #EV policy for Delhi heralds the transition to electric mobility in the state. The incentives for EV buyers & sellers, along with EVCI subsidies announced in the policy will provide a boost to #eMobility in Delhi. @MinOfPower @RajKSinghIndia

Furthermore, in an attempt to eliminate the range-anxiety among the consumers, the Delhi chief minister also said that it will be setting up 200 charging stations in the next one years, ensuring charging stations within the radius of 3 Km.

Last year, the AAP government had also initiated the process of procuring 1,300 electric buses, which is one of the largest such commitment made by any government, shared DDC Delhi’s Shah.

What It Means For EV Startups?

Commenting on the new electric policy, Tarun Mehta, cofounder at Ather Energy, a premium electric two-wheeler manufacturer, told Inc42 that policy addresses the issues of accessibility for the end consumer. The additional subsidy makes EVs more affordable across the board and offering it to higher performance vehicles, will ensure that end consumers will actually purchase and use these vehicles, he added.

Further, Mehta said that Ather will begin deliveries of Ather 450X in the coming weeks in Delhi. The state’s policy has effectively reduced the on-road cost of its scooters by nearly 15K. “We look forward to being in the country’s capital very soon,” added Mehta, enthusiastically.

Jeetender Sharma, founder and MD at Okinawa, an affordable electric two-wheeler manufacturer, said with the incentives of up to INR 30K on two-wheelers, we expect to see an easy and faster adoption on the same among buyers now. “What is more important is to push people towards considering EVs over ICE. Once people become familiar and comfortable travelling on EVs, we can expect an overall mindset shift and a widespread benefit,” he added.

EV battery manufacturer Log 9 Materials founder Akshay Singhal told Inc42 that fiscal incentives for the purchase of EVs is welcome, however, it is not a long term solution. Further, he said that incentives for localisation of vehicle and component manufacturing is a must. Probably, preferential incentives for indigenous vehicles depending on the level indigenisation would lead to long term benefits.

EV charging manufacturer, Megenta Power managing director Maxson Lewis also said that the Delhi EV policy is one of the most comprehensive EV policies across India, as on date and has managed to cover most if not all components of the EV ecosystem. Further, explaining, he said, the policy has taken a practical approach to implementing rather than sticking with the ‘this is how it is defined’ approach. Few examples are the practical modes of making EV charging deploy-able within the ambit of the AC001 standard, he added.

“We at Megenta are proud to be part of the team which gave inputs to the draft policy on EV charging infrastructure over the last one year or so. Also, glad to see many of those suggestions being incorporated in the Delhi EV policy,” concluded Lewis.