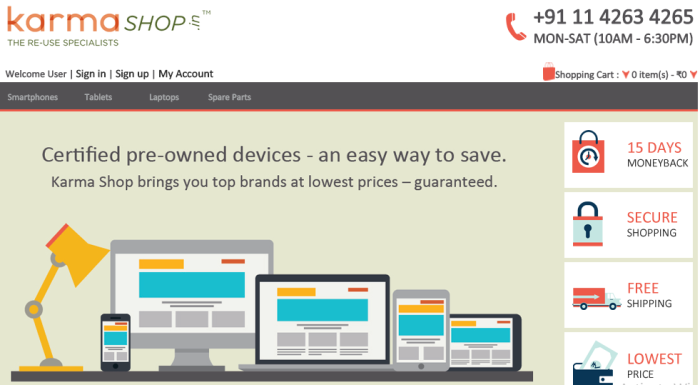 Karma procures old smartphones, tablets, and laptops from various retailers including Future Group, refurbishes them, and sells them on its online portal KarmaShop.

“There are a lot of local players in this business; it’s a really fragmented market with a lot of potential,” said David Sher, Investment Director at Low Carbon enterprise Fund.

According to reports, India has 5% return rate and around $12-$15 Bn of products get returned every year. Thus market size is huge with very few organized players in this segment. GreenDust is yet another startup which deals in this space whose clientele include Samsung, LG, Panasonic, Haier, Electrolux, Black & Decker, Videocon, and even online retailers including HomeShop18, Amazon among others.

This would be fourth investment for Low carbon Enterprise Fund in India; it is also an investor E-hands Energy India.