Bounce, Yulu and Vogo have recovered 25-30% from pre-pandemic levels 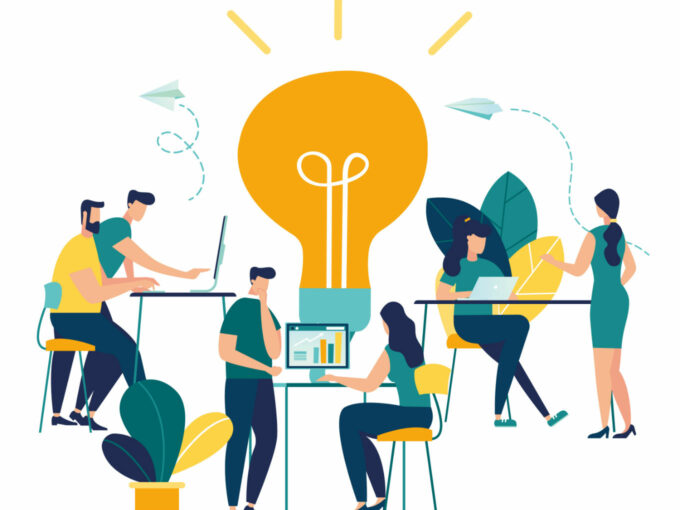 With the mobility industry taking a slow path to recovery, ride-hailing and ride-sharing startups have had to look at revenue boost from every possible angle. Despite the lockdown being effectively cleared from many parts of the country, drivers and industry analysts believe that Ola and Uber have recovered only about 20% of their ride volume levels seen before the pandemic.

For the full-year, the volume estimate is at best 50% of the levels seen last year. Chennai, Hyderabad, Delhi, and Mumbai have been slowest to recover, which is not suprising given the increasing number of cases in these cities. At the same time, Uber said the recovery varies across city and product lines, with some cities doing better than others and its low-cost products, especially Auto and Moto, recovering faster than other categories. Ola has claimed to have witnessed a positive growth over the past weeks, both nationally and globally, as cities open up and economic activity is restored.

In the two-wheeler industry, Bounce, Yulu and Vogo have recovered 25%-30% from pre-pandemic levels. At the same time, bike taxi Rapido has seen about 25% recovery in its core offering, while reutilising its assets for B2B deliveries.

While ecommerce industry is about to take another major hit, owing to India-China border differences. It is now mandatory for all sellers registered on the Government-e-Marketplace (GeM) to display the country of origin of each product, said the ministry of commerce and industry. The sellers would also have to update the origin of the product for already listed goods and the products will be delisted in case sellers fail to do so. The government is looking to promote ‘Make In India’ and ‘Atmanirbhar Bharat’ in the backdrop of anti-China sentiments.

According to the cybersecurity firm, plans are afoot to steal sensitive data like trade secrets, launch denial of service attacks and deface websites or launch malicious phishing campaigns targeting Indian government websites and companies in the telecommunications, pharma, smartphone and construction industries.

Companies including Reliance Jio Infocomm, Bharti Airtel, L&T, Apollo Tyres, Micromax, Sun Pharma and Cipla could be targeted, along with defence, external affairs and information and broadcasting ministries. Some media houses such as Times of India and Hindustan Times were also named as targets.

Coworking space provider 91springboard announced that it has raised INR 45 Cr from its existing investors without specifying the name of the investors. Notably, the company has previously raised investments from Singapore-based FreakOut Holdings, Anthill, 33 Investments, NITI Aayog, Sandway Investment Ltd, Pearl Brook Holdings, AMA Holdings, Silo Holdings and Al Nour, among others. 91springboard plans to use this funding to offer new-age and customised solutions to its existing costumes.

Further, according to the ministry of corporate affairs filings accessed by Inc42, beverages company Paper Boat in a meeting on June 22 has floated an offer to allot series C3 preference shares on a preferential basis to existing investors— Sofina, A91 Partners, Sequoia, and  Catamaran.

Edtech platform Vedantu announced its investment in Instasolv, a doubt-solving app for students from Class 6 to 12 for science, mathematics, IITJEE, and NEET. Vedantu has invested $2 Mn as part of a pre-series A funding in Instasolv, with full rights to acquisition. The company wants to focus on doubt-solving space. The Instasolv team that also runs askIITianshas in-depth expertise in education and doubt solving.

Amazon is launching a $2 Bn venture capital fund that will back companies building “sustainable and decarbonizing technologies”. The Climate Pledge Fund will invest in companies across a number of industries, including transportation and logistics, energy generation, manufacturing and food and agriculture, among others, Amazon said. The company added that the $2 Bn is an “initial” commitment, signalling that the fund could grow over time.

In February, Amazon CEO Jeff Bezos has launched a ‘Bezos Earth Fund’ and committed $10 Bn to tackle climate change. However, the company’s employees did not seem to be completely convinced with Bezos’ pitch considering Amazon’s role in worsening the climate crisis and mocked the fund through open letters and on Twitter.

The endowment fund aims to help IIM-A make a larger impact in the field of education, entrepreneurial leadership, management practice, and public policy. IIM-A expects to grow the corpus to INR 1,000 Cr in the next five years.

After 91 days of lockdown in India, video streaming app Netflix is finally allowed to return to HD streaming on mobile after COAI asked it to reduce the amount of data per stream by 25% during the lockdown. On Netflix, 1080p video without HDR, which was mostly capped at around 4Mbps, is now streaming at the same bitrate as it does in the US. YouTube, for its part, remains locked to 480p on mobile devices, even on WiFi connections. It is unclear if Amazon Prime Video has restored its streaming to HD too.

Microsoft has introduced a new version of its work collaboration app Teams, which is focussed on consumers. This new version can be used to chat, make video calls, share lists, documents, calendars and location as well. The company claimed that the preview version is already being rolled out and will be available to all users in coming weeks. The app is being built to become a messaging hub for all kinds of communication. The company stated, “Teams will become the messaging hub for all your personal chats and video and voice calls, with fun features like sharing GIFs, photos, videos, documents, and even location already integrated”.

OTT platform Disney+ Hotstar started streaming “Yoga with Modi”, a series of high quality animated instructional yoga videos featuring the 3D avatar of Indian Prime Minister Narendra Modi. The series, which was conceived and created by BlueKraft Digital Foundation in 2018, has been added to Disney+ Hotstar’s recently launched a health and fitness library.

This will club this series with all the relevant health-related shows on the platform. The ‘Yoga with Modi’ series demonstrates methods and yogic positions that can create a positive impact on muscular, skeletal, nervous, digestive and the respiratory system of the human body.