In the fourth quarter of 2020, ecommerce startups raised funding worth $313 Mn, which was 9% of the total funding amount for Indian startups at $3.5 Bn that quarter

But in the current quarter, the funding amount for ecommerce startups has grown to $520 Mn, which is 18.9% of the total startup funding amount of $2.7 Bn Shopping on the Internet. A young woman with a smartphone shopping in the online store. Vector illustration in the style of paper cutting. Pink background

Can D2C or direct-to-customer be the harbinger of growth for India’s burgeoning ecommerce sector, where funding had been largely going to B2B platforms till late 2020? That certainly seems true for the Indian startup ecosystem, where funding deals for startups with native D2C platforms picked up pace sharply in the first quarter of 2021. 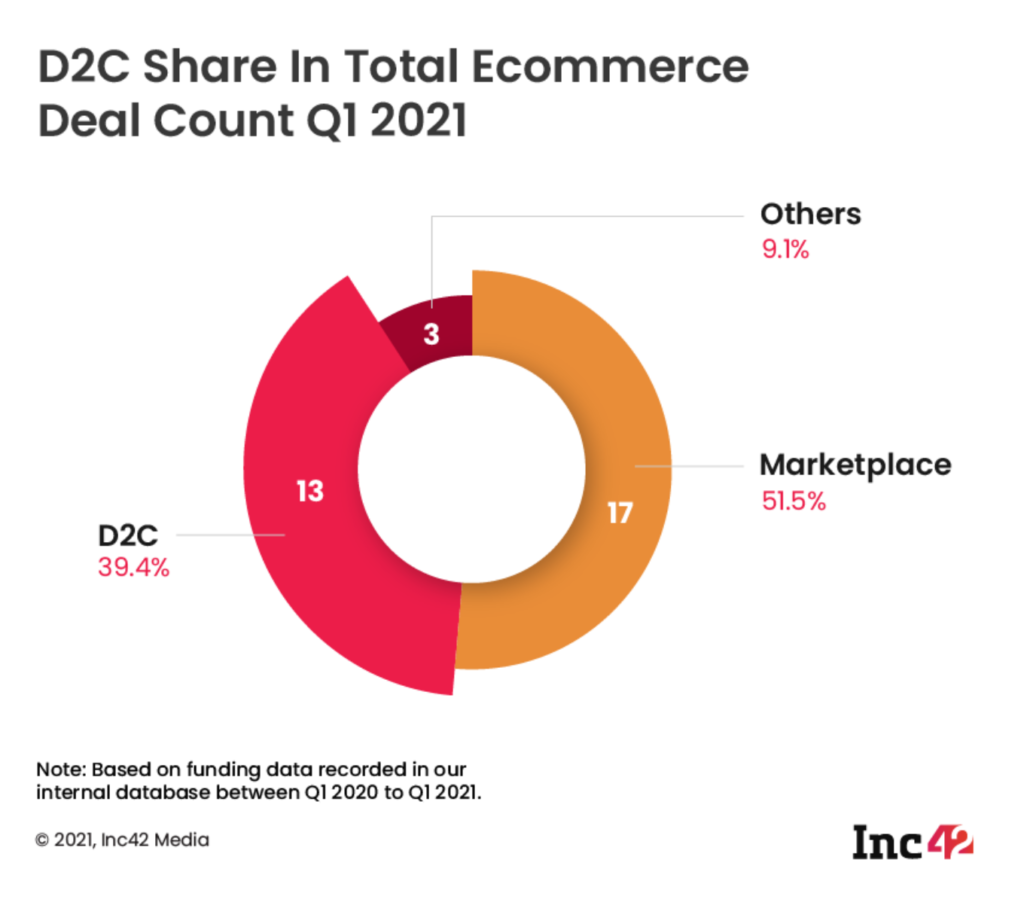 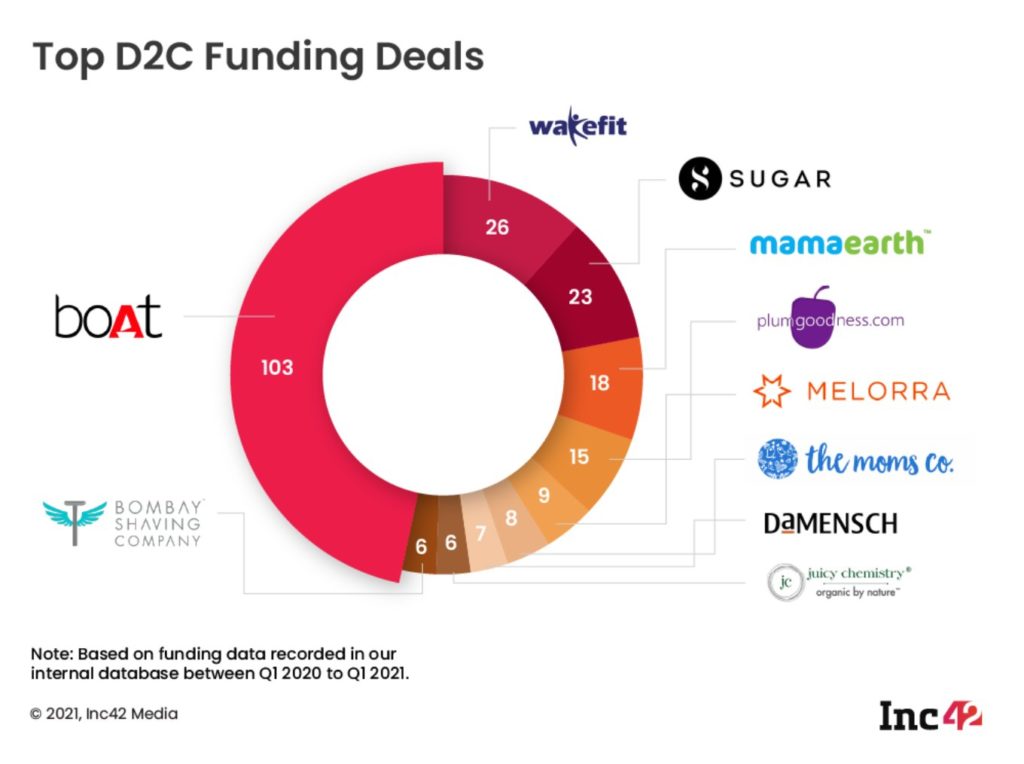 It is worth mentioning that none of the startups mentioned above espouse a pure-play D2C approach. Instead, the intense competition in niche segments such as men’s grooming, personal care and hygiene products and nutrition brands has meant that most of these companies have come to rely on an omnichannel approach for selling their products. Take the example of men’s personal grooming brand Bombay Shaving Company. The company raised $6.1 Mn in January this year, when one of the founders, Shantanu Deshpande told Inc42 that while 25% of the company’s revenue is through retail sales, the rest is split equally between its native site and third-party ecommerce platforms at around 35% each.

Deshpande explained the philosophy behind the omnichannel D2C strategy, which is at the core of most new-age brands in India.

“The D2C website is where you’ll find most of our branding material. It is the one-stop-shop for our most loyal customers. Selling on Amazon and Flipkart is key because we are a young brand, so we have to put ourselves out there and acquire new users. That becomes a challenge for us in 2 Mn retail stores where customers would naturally prefer more established brands placed prominently on the shelf,” he said, adding that the company’s revenue has grown 3x when compared to the pre-Covid sales.

Similarly, in previous conversations with Inc42, boAt cofounder Aman Gupta detailed the tactic behind first building the brand on marketplaces and then opening up a D2C sales channel through a native website.

“If we had paid to get hits on our own website initially, we would have lost out on money and sales to target those customers. Hence, we took an early decision to build the brand in the marketplace. Now that the brand has been built, we can go offline, or (sell on) our own website; it does not matter,” he had said.

When boAt was selling solely on ecommerce platforms, it was losing out on valuable customer data, and also failed to retarget customers. But of late, the brand is getting a lot of hits on its website, and the data from these visits will be utilised for marketing and sales success.