Curbs In The Times Of Covid: ‘Highly Forwarded’ Messages Plummets On WhatsApp

Curbs In The Times Of Covid: ‘Highly Forwarded’ Messages Plummets On WhatsApp 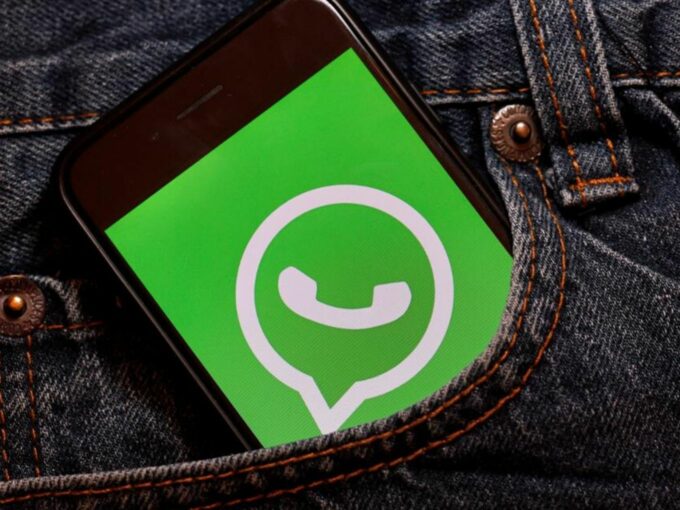 Facebook-owned messaging platform, WhatsApp has reportedly witnessed a 70 percent plunge in forwarded messages after it recently imposed new restrictions. WhatsApp told the IT Ministry that it had witnessed the dip after introducing a limit to only one chat for forwarding messages. Previously, WhatsApp allowed a user to forward a message to five chats at a time, both individual and group chats included.

However, as a part of its measures to stop the spread of misinformation related to coronavirus, the company now allows users to share forwarded messages to only one user at a time.

According to a report in Hindustan Times, the ministry sends a routine query to all social media platforms to highlight steps taken by them to curb the spread of misinformation.

India with over 400 Mn users is the biggest market for the messaging platform, which has over 2 Bn users across the world, said the new policy would allow WhatsApp to be a place for personal and private conversations. “WhatsApp is committed to doing our part to tackle viral messages,” a WhatsApp spokesperson said.

The Previous Attempt Which Fell Flat

Last year, WhatsApp had blocked multiple forwards to stop the spread of fake news. Though WhatsApp claimed that the move lead to a 25% drop in such forwards, a Reuters report revealed that it took just a $14 WhatsApp clone and a software tool to help digital marketers and political activists flout guidelines.

The report, which was released before the 2019 Parliamentary polls, highlighted Repswal’s service used by a couple of political parties.

Clone apps like “GBWhatsApp” and “JTWhatsApp” were used to bypass WhatsApp’s restrictions on forwarding messages. The apps closely resembled WhatsApp in terms of UI, but all the blocked features were enabled on it. These apps were not available on Google Play Store but worked on any generic Android device.

“We have been stepping up our ability to identify and ban accounts engaged in abuse, including bulk or automated messages. We ban approximately two million accounts for such abuse and have sent cease and desist letters to companies claiming to offer such services,” the company spokesperson told Inc42.

Why Curbing Fake News On WhatsApp Is Crucial?

The social media platforms have been under the scanner for various reasons ranging from the spread of misinformation, trolling and fake news in the last four years. A report by Network18  has revealed that of the 31 cases of mob lynching reported since September 2017, several were caused by rumours spread through WhatsApp and Facebook.Besides this, the end-to-end encryption of WhatsApp has also allowed a shield against tracing of messages.

While the government has been pushing for WhatsApp traceability, citing security features. WhatsApp has been defending its stance citing privacy of users. There doesn’t seem to be any right or wrong here, as the Indian government has also been accused of unlawfully surveilling Indian citizen.

In December 2019, Internet Freedom Foundation (IFF) sent a legal notice to the secretary, Ministry of Home Affairs and the commissioner of Delhi Police highlighting the illegality of their mass surveillance action.