Important Happenings From The World Of Cryptocurrency, Bitcoins, ICOs And More [ 12 - 18 November] 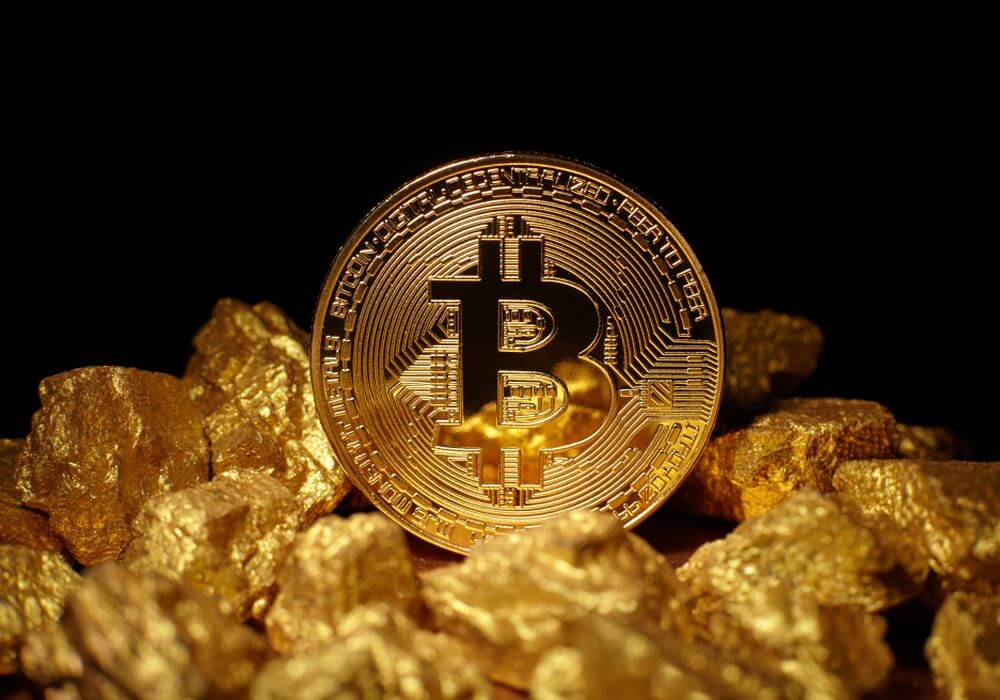 Swinging up and down, and up again. Bitcoin, currently trading at $8K, has recovered bullishly from a scheduled hard-fork melodrama that did not happen. However, if you are looking for a melodrama, Bitcoin will never disappoint. After SegWit2x hard-fork was suspended, a silent hard-fork occurred at the Bitcoin Cash blockchain by ‘Bitcoin Core’ enthusiasts. The cryptocurrency has been dubbed as Bitcoin Clashic. In other news, the Supreme Court of India (SC) has issued a notice to the Indian government and the RBI seeking a cryptocurrency regulatory framework. 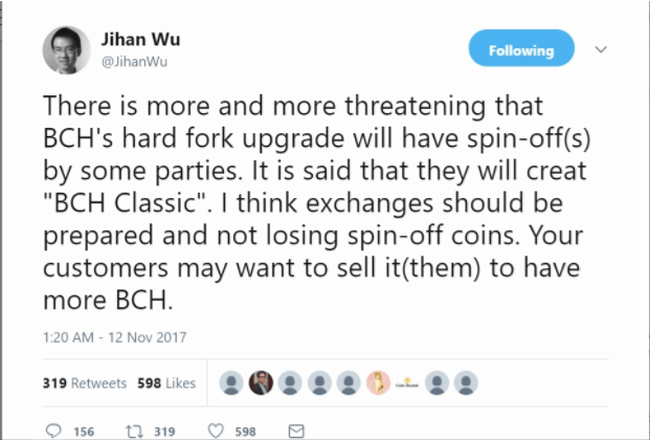 Meanwhile, a cryptocurrency startup has come up with prepaid Visa cards that will allow people to transact Bitcoins-to-Sterling in the UK.

Supreme Court of India has issued notice to the Ministries of Finance, Law and Justice, IT, SEBI and the RBI while hearing a plea filed by petitioner Dwaipayan Bhowmick seeking a Bitcoin regulatory frame. In its 43-page petition, Bhowmick has sought explanations regarding the delay over regulatory frameworks. The petition says, “Lack of any concrete mechanism pending the regulatory framework in said regard has left a lot of vacuum and which has resulted in total unaccountability and unregulated Bitcoin (cryptocurrency) trading and transactions. For the delay in such a situation has the seed that can cause grave financial implication on the economy of the country. It is pertinent to mention herein that emerging trend of crypto money if unchecked and unregulated is a threat to exchequers money and financial sovereignty of the country.”

However, this is not the first time that a petition has been filed in the Supreme Court seeking a regulatory framework. In July 2017, a similar Public Interest Litigation had been filed (Writ Petition (Civil) no. 406 of 2017) under Article 32 of the constitution against Union of India, Ministry of Finance and the Reserve Bank of India over the use and business of illegal cryptocurrencies such as Bitcoins, Litecoins, Ethereum, and dogecoins. Hearing the plea on July 14, 2017, the Supreme Court had then directed the RBI and the concerned ministries to clarify their stance and enact a bill on the same before disposing of the PIL.

With extended support from China, as the Zimbabwean army commander Constantino Chiwenga takes over control of the country, putting President Robert Mugabe under house arrest, Bitcoin price in Zimbabwe has skyrocketed.

Amid the coup, Bitcoin trades at $13.5K in Zimbabwe. However, according to a follow-up report by Quartz, the local bidders are bidding Bitcoin prices at $7K too, which is in line with the international price.

Hyperinflation has hit Zimbabwe hard enough to devalue Zimbabwean dollar next to zero. Currently, $1 in Zimbabwe costs 35 quadrillion Zimbabwean dollars. Thus, Zimbabwe has no official currency anymore; and, the people have now started to save in Bitcoins and other cryptocurrencies instead of conventional currencies. Since the country has only one Bitcoin exchange Golix, every demand surge is causing Bitcoin prices to soar.

Central Bank Of Iran To Review Its Cryptocurrency Policy

“Central Bank of Iran will study all the aspects of Bitcoins, and this will be followed up by a complete review of the bank’s policies in this area,” said Naser Hakimi, Deputy Director, New Technologies at Central Bank Of Iran while speaking to the press on November 15, 2017.

Naser, however, issued a similar warning as was issued by the RBI. He further added, “Given that Bitcoin and other cryptocurrencies have not been introduced by the central bank as the official currency, we want investors and people to caution about the risk of buying Bitcoins.”

In the Middle East, while Dubai and Lebanese governments have announced plans to launch their own official cryptocurrencies No green signal has been given to existing cryptocurrencies such as Bitcoins and Ethereum citing money laundering and terrorist funding.

A newly launched London-based cryptocurrency startup London Block Exchange has announced the launch of a prepaid Visa debit card, called ‘Dragoncard’. The card will let people convert Bitcoin, Ethereum, Ripple, Litecoin and Monero to Sterling and spend it across the UK.

Speaking of the plans, CEO and founder Benjamin Divas informed that the Visa card will be issued by Gibraltar-based prepaid card provider Wavecrest. “Despite being the financial capital of the world, London is a difficult place for investors to enter and trade in the cryptocurrency market. We’ll bring it into the mainstream by removing the barriers to access, and by helping people understand and have confidence in what we believe is the future of money.”

With Ex-Credit Suisse trader and UBS banker Adam Bryant as the Executive Chairman London Block Exchange, the startup has already raised $2.6 Mn from a consortium of private investors. Customers will be charged a 0.5% fee for buying and selling cryptocurrencies on its platform and the Dragoncard has an up-front fee of $26. LBX says card provider Wavecrest will also charge a small fee for ATM withdrawals, reports BI.

LBX Chairman Bryant stated, “Cryptocurrency has come of age with LBX. We’re offering a grown up and robust experience for those who wish to safely and easily understand and invest in digital currencies. We’re confident we’ll transform this market in the UK and will become the leading cryptocurrency and blockchain consultancy for institutional investors and consumers alike.” 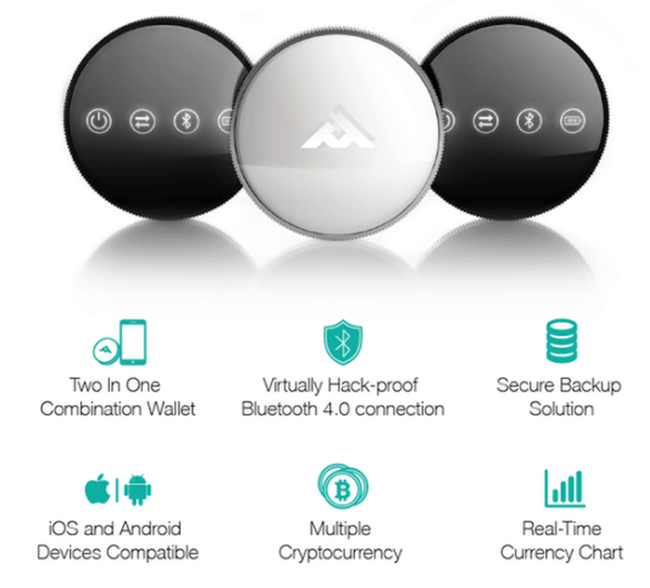 According to the company statement, the hardware device has several security features that would make it nearly impossible for hackers to access the wallet. Besides being USB free, HooFoo relies on the Bluetooth connection. The device is enabled with fingerprint authentication and protects the user’s Bitcoin private key, completely removing the signing step from the Bitcoin network, keeping the private key within the hardware wallet itself, and never exposing it to danger.

Recently, Korean Internet and Security Agency has observed a 370% increase in malware attacks in 2017 as compared from the figures in 2016.

After CME announced to launch Bitcoin Futures, Thomas Peterffy, the Chairman of Interactive Brokers, the largest electronic brokerage firm in the US has published a full-page ad in the WSJ, warning CME about the dangers of Bitcoin futures. “This letter is to request [the CFTC] require any clearing organisation that wishes to clear any cryptocurrency or derivative do so in a separate clearing system isolated from other products,” wrote Thomas.

However, the big question still remains. Is Bitcoin really a bubble? The WSJ has recently reported the bubble story in great detail by looking back in hindsight. According to the report, flower industry, real estate and Internet are some of the sectors that have gone through the bubble phase. Internet after the bubble burst in the early 2000s caused a loss of $1 Tn. In his letter, Thomas Peterffy also highlighted the lack of right measuring scales while valuing Bitcoin Futures. Back to the ‘New India’. When the risk is too high, when the profit margin is too high, when there are sophisticated cybercrimes such as Ransomware and Crytoshuffler involved, people are expecting the RBI and the Indian government to lead from the front instead of waiting to follow other countries’ policies on cryptocurrency.