Important Happenings From The World Of Cryptocurrency, Bitcoin, ICOs And More [ 24 - 31 March] 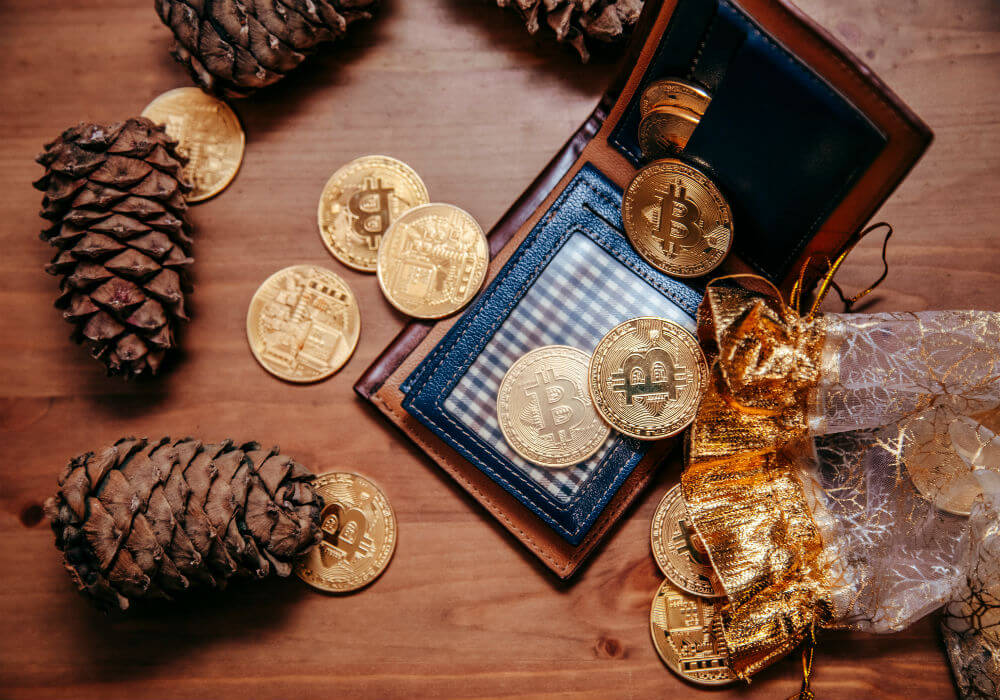 Besides Bitcoin, ‘ban’ is another word getting equally popular in crytpo community. After Facebook and Google, leading microblogging platform, Twitter, is now considering to ban Bitcoin and cryptocurrency-related ads.

Many leading banks including the Citibank, JP Morgan Chase, Lloyds bank, Bank of America and the HDFC bank have already barred their cards for purchasing Bitcoin or other cryptocurrencies.

The news of Bitcoin banning has become common to the extent that it does not apparently affect the pricing anymore but positive news do. Bitcoin, which entered the week at $8.2K, is currently trading at $8.9K.

While, according to a personal finance comparison portal, around 7.95% of US citizens now own cryptocurrencies, crypto investor and trader Sylvain Ribes, in his Medium blog, has claimed that more than $3 Bn of all crypto-assets’ volume might be fabricated. He also went to show how OKex, #1 exchange rated by volume, is the main offender with up to 93% of its volume being nonexistent.

Twitter’s new advertising policy will be implemented in two weeks. The policy will prohibit advertisements of initial coin offerings (ICOs), token sales and cryptocurrency-related ads on the microblogging platform globally.

The move is in line with what other social media platforms Google and Facebook have announced recently. However, it is also to be noted that Twitter co-founder Jack Dorsey, who took over the reins after Dick Costolo in 2015 amid allegations over Costolo failing to stop the hate and fake tweets, is also the CEO of Square, a cash payment app which has recently added Bitcoin trading to its platform.

Jack had then tweeted, “Instant buying (and selling, if you don’t want to hold) of Bitcoin is now available to most Cash App customers. We support Bitcoin because we see it as a long-term path towards greater financial access for all. This is a small step.”

Commenting on the partnership, Archit Gupta, CEO and Founder of ClearTax said, “With our expert-assisted plans, created in partnership with ZebPay, we aim to clear the air around digital currencies and become top advisory in all matters crypto.”

It is worth noting that last year, the Central Board of Direct Taxes (CBDT) had sent notices to over 100K cryptocurrency traders for not filing tax over their Bitcoin gains. According to a CBDT official, the CBDT has now asked them to file 30.9% tax on the profits. The IT board expects a return of $4.6 Mn (INR 30 Cr) from these investors.

In association with Zebpay, ClearTax has now launched a cryptocurrency advisory plan that aims to help investors and traders of bitcoin understand tax laws and reporting regarding taxation on trading and sale of cryptocurrency.

In addition to the advisory plan, ClearTax has also launched CA-assisted tax filing services for those investors who have earned capital gains from the sale of bitcoins or other cryptocurrencies. The plan offers assistance at each step of the tax ladder, along with expert advisory for tax planning.

Former CIA official Edward Snowden has now released NSA interim report dated in March 2013, a classified document which states how NSA had managed to find ways to ‘track down senders and receivers’ of Bitcoins.

As per Intercept, the data source appears to have leveraged the NSA’s ability to harvest and analyse raw, global Internet traffic while also exploiting an unnamed software programme that purportedly offered anonymity to users, according to other documents.

The NSA even managed to collect Bitcoin users’ password information, internet activity and MAC address,  which is a type of unique device identification number.

While the covert operation aimed to track down terrorist activities, the memo suggests NSA kept tracking some Bitcoin users too who were nowhere associated with terrorism.

Amid apprehensions that Financial Stability Board (FSB) of G20 will be cracking down on cryptocurrencies, the FSB in prima facie has rejected calls from several countries who demanded the regulation of cryptocurrency among G20 countries.

In a statement released last Sunday, it stated, “The FSB’s initial assessment is that crypto-assets do not pose risks to global financial stability at this time. The market continues to evolve rapidly, however, and this initial assessment could change if crypto-assets were to become significantly more widely used or interconnected with the core of the regulated financial system.”

However, “The FSB will identify metrics for enhanced monitoring of the financial stability risks posed by crypto-assets and update the G20 as appropriate. Crypto-assets raise a host of issues around consumer and investor protection, as well as their use to shield illicit activity and for money laundering and terrorist financing. At the same time, the technologies underlying them have the potential to improve the efficiency and inclusiveness of both the financial system and the economy. Relevant national authorities have begun to address these issues,” it added.

After analysing over 1,600 files and accessing cryptocurrency files, German researchers have found some illicit pornography and other outlawed content reported ABC.

Approaching towards 200 GB now, the Bitcoin blockchain is a public ledger of all the Bitcoin transactions which also enables users to leave non-financial data. While analysing these data, the researchers found links and attachments that contain content to be considered objectionable in many jurisdictions.

Once a block in the blockchain gets validation, like the records of transactions these non-financial data too, can’t be changed.

The question that many have raised now is that since child pornography is completely illegal in India, the US, the UK, Germany and many other countries, will the governments ban Bitcoin to stop this circulation?

Coinfloor, a London-based group of cryptocurrency exchanges for institutional and sophisticated investors and traders, has announced plans to launch a futures exchange for digital assets that will include the first physically delivered bitcoin futures contracts, reports CCN.

As per the report, the new exchange CoinfloorEX will allow miners, hedge funds, traders and sophisticated investors to unlock the financial potential of bitcoin at scale, through specifically designed cryptocurrency contracts and operational controls, supported by institutional grade risk management and governance.

As per the company statement, the physically delivered cryptocurrency futures contract CoinfloorEx has been designed to protect investors and traders against price slippage on positions at the time of settlement, as well as concerns of market manipulation. It claimed, since the settlement will be based on physical delivery rather than an index price from across other exchanges, it will provide greater pricing transparency.

A Delhi woman recently filed a complaint pertaining to her Bitcoin wallet-hack to the cyber crime branch of Delhi Police. As per the complaint, someone hacked her Bitcoin wallet and stole Bitcoin worth of $10K (INR 6.5 lakh) from the wallet. Later, she ended up losing a total of $63K (INR 41 lakh) to the cheats who assured to help her retrieve her wallet.

Over the last couple of weeks Bitcoin has maintained low but a constant price range of $8K-$10K, does that mean the necessary correction has been made now? While leading cryptocurrency exchanges in India have expanded their offerings to Ripple, Litecoin, Ethereum and Bitcoin cash too, some have even started utilising their expertise to develop other blockchain-based solutions. However, the new committee headed by Subhash Chandra, Secretary, DEA is yet to meet exchanges before submitting their report pertaining to Cryptocurrency Regulation In India next month.