Cryptocurrency This Week: Is India Heading Towards A Complete Crypto Ban?

Cryptocurrency This Week: Is India Heading Towards A Complete Crypto Ban? 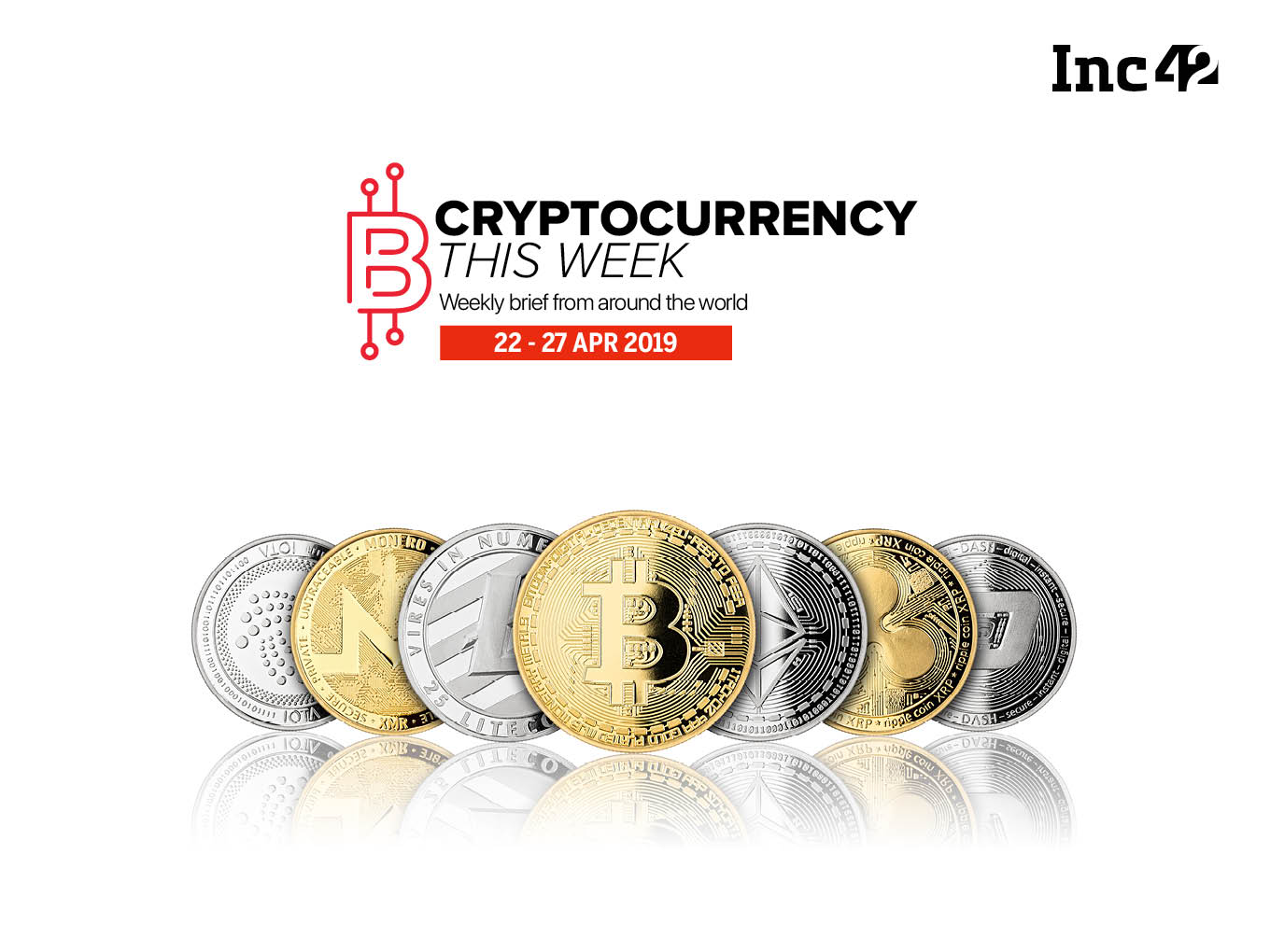 Working on Ethereum-based frameworks, Samsung may launch its own cryptocurrency

Cryptocurrency is like Ponzi schemes, should be banned, says Indian govt official

Many experts have written off the last 16-month downturn as the end of the road for cryptocurrencies. However, the cryptocurrency journey, which started with Bitcoin in 2009, is hardly even a decade old and hence volatility, acceptability and applicability are still under normalisation. With Bitcoin surging past 5K again, slowdown and profitability are relative and defined with a shifting frame of reference. For instance, if you look at the cryptocurrency from mid-December, 2017, Bitcoin is almost 4X down. However, if you shift the frame of reference to July 2017, the Bitcoin price has doubled since.

Despite Bitcoin struggling at $5.2K, according to reports, the cryptocurrency has given higher returns on investments compared to oil and gold in the last two years.

The non-correlated, asymmetric nature of Bitcoin makes it imperative that every portfolio include some exposure to the digital currency. #GetOffZero

However, this relativity did not stop Masayoshi Son losing $130 Mn on Bitcoin. SoftBank founder and chief, known for his business acumen and investments, had made some huge personal bet on Bitcoin, towards the end of 2017, on the advice of Peter Briger, the co-chairman of asset manager Fortress Investment Group.

However, according to WSJ, Son who is also a lead investor in Indian companies — Ola, OYO, Paytm, Grofers and Inmobi — lost $130 Mn when he sold out the assets in 2018.

Let’s take a look at the other crypto news, this week.

RBI Looking Into The Technology Side Of The Sandbox

Acknowledging the recent innovations by fintech startups, the Reserve Bank of India (RBI) recently released a draft ‘Enabling Framework for Regulatory Sandbox’ that will allow fintech startups to test within a regulatory sandbox (RS).

While the sandbox is open for blockchain startups, it is strictly prohibited for crypto startups. However, since many of the blockchain startups have been utilising crypto tokens in certain areas too, how RBI will segregate the two? And, is it even meaningful to restrict them, right at the application stage.

“RBI’s Hyderabad team is currently working on the frameworks’ technology and they are looking into these aspects.”

Kumar who also attended a couple of Interdisciplinary committee’s meetings in the past said he is not aware of the final draft report.

Cryptocurrencies Are Like Ponzi Schemes, Should Be Banned: IPEF

The Investor Education and Protection Fund (IEPF) Authority, which comes under the Ministry of Corporate Affairs and looks at protecting the interest of investors has now openly favoured a crypto ban in the country, reported Moneycontrol.

“Cryptocurrencies are like Ponzi schemes and must be banned. When it comes to investor protection, the IEPFA has to take a stand against certain things. Against Ponzi schemes, we are taking a stand,” said IEPF CEO Anurag Agarwal.

In December, The Finance Ministry too had released a similar statement which read, “The price of Bitcoin and other cryptocurrencies (virtual currencies) is entirely a matter of mere speculation resulting in spurt and volatility in their prices. There is a real and heightened risk of investment bubble of the type seen in Ponzi schemes which can result in sudden and prolonged crash exposing investors, especially retail consumers losing their hard-earned money.”

Samsung May Issue Its Own Cryptocurrency

Working on an Ethereum-based blockchain, Samsung is now planning to issue its own crypto token/currency, reported Coindesk.

According to the report, the development of the network is still in its initial phase and the network is expected to be hybrid (public as well as permissioned blockchain).

It is worth noting that Samsung has already launched crypto wallets with its new Galaxy S10 smartphones. The wallets are compatible with Ethereum-based ERC20 tokens but not Bitcoin.

After the US National Intelligence Council’s report on how Russia meddled with US presidential elections in 2016 and used Bitcoin for the proxy payments, more details have emerged about the use of cryptocurrency. The report led to the arrest of a dozen Russians across the US, and US special prosecutor Robert Mueller recently published a report delving deep into the Bitcoin involvement.

To finance these operations, Russian intelligence services allegedly mined Bitcoins, which they used to buy the equipment necessary for hacking, and also sponsored other alleged U.S. election-interference operations.

Meanwhile, the 59th US presidential election hopeful Andrew Yang has promised that if gets elected as President, he would fix the many ‘confusing’ cryptocurrency regulations. Yang said that he would promote cryptocurrency and bring in crypto-friendly regulations to support innovation if voted to power.