Bitwise files for new Bitcoin ETF with US SEC 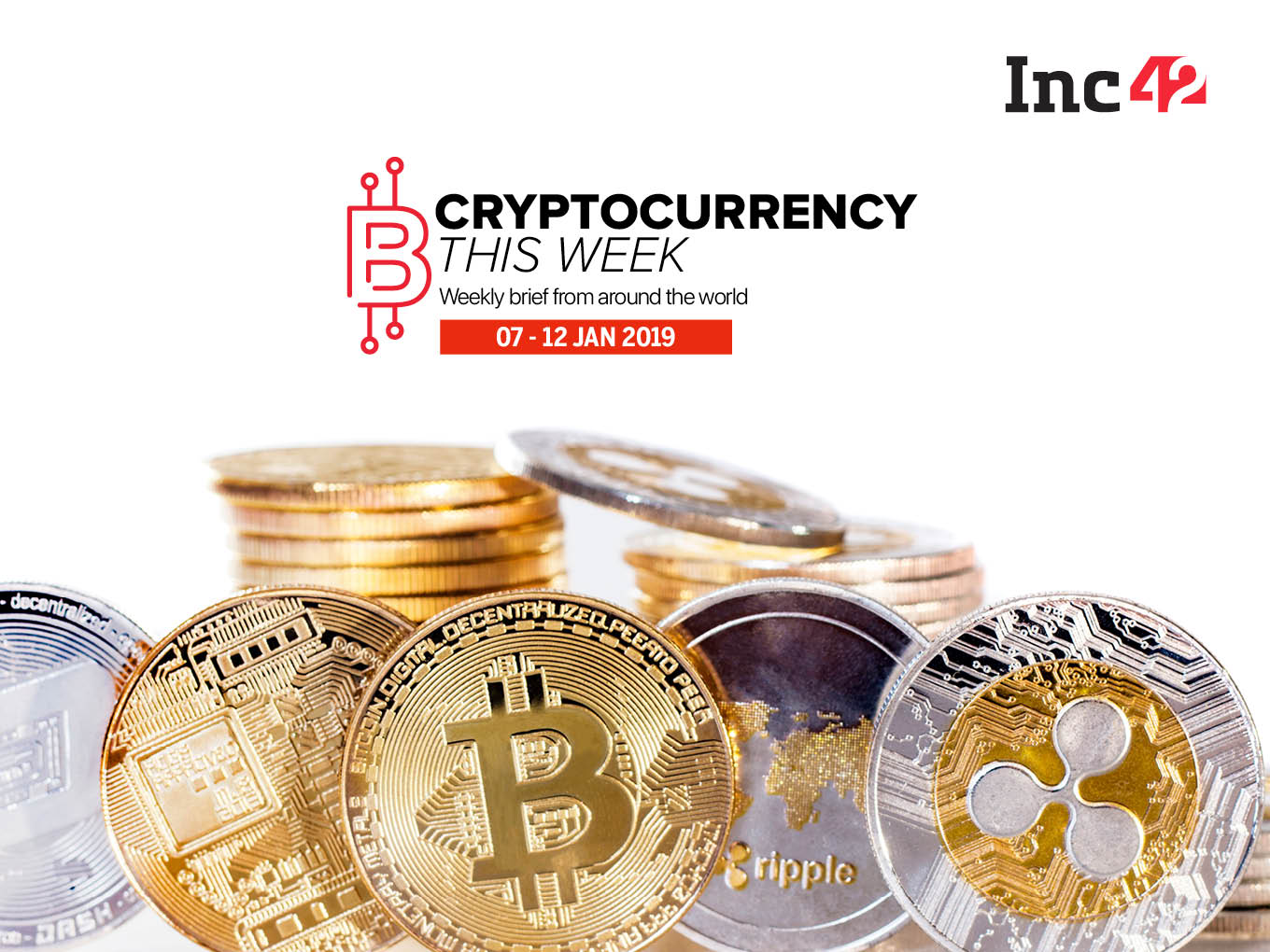 For the crypto community, 2019 has been no different from 2018. While Bitcoin after celebrating a three-day honeymoon period at $4K is back to $3.6K now, Ethereum Classic, the original Ether has gone through 51% attack.

In 2016, when the decentralised autonomous organisation was managing Ethereum, it was attacked which led to the loss of $50 Mn i.e. over one-third of its funds. As a result, the Ethereum community decided to go for a hard-fork. The new hard-forked cryptocurrency became Ethereum (ETH) with the theft reversed, and the original continued as Ethereum Classic.

Amid all this, the crypto developments continue to happen for good. As Overstock became the first US company to pay taxes in Bitcoin, the reports have emerged that Russia may put $10 Bn into Bitcoin in the current quarter.

Let’s take a look at this week’s crypto and ICO-related developments!

Overstock Becomes The First US Company To Pay Taxes In Bitcoin

After Ohio launched OhioCrypto.com, enabling people to pay their taxes in Bitcoin, US-based ecommerce and blockchain company Overstock announced that it will pay a portion of its Ohio state business taxes in Bitcoin.

Overstock will be the first US company that will pay its taxes in Bitcoin. In a press statement, Overstock CEO and founder Patrick M. Byrne said, “We have long thought that thoughtful governmental adoption of emerging technologies such as cryptocurrencies (when accompanied by non-restrictive legislation over these technologies) is the best way to ensure the US does not lose our place at the forefront of the ever-advancing global economy.”

Russia May Invest $10 Bn In Bitcoin

Commenting on a tweet, a Russian economist at Moscow’s Russian Presidential Academy of National Economy and Public Administration Vladislav Ginko said that he expects that Russia would invest at least $10 Bn in the first quarter of this year into Bitcoin.

He said, “Chris, I believe sitting here in Moscow, Russia, that the real factor of Bitcoin apotion will be when Russian government I’m working for will start investing almost $470 Bn reserves into Bitcoins. I expect that it’ll be at least $10 Bn in the first quarter of this year.”

After the launch of Bitcoin futures by exchanges like Chicago-based CME (Chicago Mercantile Exchange) and Cboe, and with Nasdaq planning to launch soon, another US-based company Bitwise Asset Management has announced that it has filed an initial registration statement on Form S-1 with the U.S. Securities and Exchange Commission (SEC) relating to a new proposed physically held bitcoin exchange-traded fund (ETF).

The proposed Bitwise Bitcoin ETF would track the Bitwise Bitcoin Total Return Index and will capture the full value of an investment in bitcoin, inclusive of meaningful hard forks. The index is produced by Bitwise Index Services.

The proposed ETF differs from the previously filed proposed Bitcoin ETFs. In the case of Bitwise, it will rely on regulated third-party custodians to hold its physical Bitcoin, and in the index will draw prices from a large number of cryptocurrency exchanges, representing the majority of currently verifiable bitcoin trading.

French group Keplerk-backed tobacco retail stores in and around Paris are now selling Bitcoin and other cryptocurrencies.

According to Reuters, Adil Zakhar, one of Keplerk’s co-founders hopes to enrol up to 6,500 Tabacs by February, 2019.

“Some people find it complicated to get bitcoins online. They trust their local tobacco shop owner more than they would trust some remote anonymous website,” said Zakhar.

Leading US-based crypto exchange Coinbase, on 1/5/2019, announced that it has immediately paused all the Ethereum Classic interactions suspecting a double spend attack on its blockchain. Till January 7, 10.27 PM, the company had identified a total of 15 re-organisations, 12 of which contained double spends, totalling 219,500 ETC (~$1.1 Mn). However, it clarified no Coinbase accounts were impacted by the attack.

The company in its announcement said, “Due to unstable network conditions on the Ethereum Classic network, we have temporarily disabled all sends and receives for ETC. Buy and sell is not impacted. All other systems are operating normally.”

While it has fuelled the discussions regarding the vulnerability of Proof-of-Work-based (PoW) cryptocurrencies which include Bitcoin and Ethereum, it’s highly unlikely that the scenario could be repeated with the Ethereum or Bitcoin.

It is worth noting that the hash rate of Ethereum Classic stands at 9TH/s, while the hash rates of Ethereum and Bitcoin is 167 TH/s and 42,787 PH/s respectively, making it practically implausible to affect these networks.

However, the attack has barely affected Ethereum Classic whose price has fallen from $5 to $4.56 this week.

Meanwhile, the US SEC has published its Examination priorities for 2019 and cryptocurrencies are one of the top priorities. The Office of Compliance Inspections and Examinations (OCIE) in its paper stated that investment adviser examinations identified emerging risks for advisers selling or recommending digital assets, such as concerns related to custody and safekeeping of investor assets, valuation, omitted or misleading disclosures regarding the complexities of the products and technology, and the risks of dramatic price volatility.

The OCIE also said that through high-level inquiries, it will take steps to identify market participants offering, selling, trading, and managing these products or considering or actively seeking to offer these products and then assess the extent of their activities.

For firms actively engaged in the digital asset market, OCIE will conduct examinations focused on, among other things, portfolio management of digital assets, trading, the safety of client funds and assets, pricing of client portfolios, compliance, and internal controls.

In other news, Thailand has approved four more cryptocurrency exchanges. In a press statement, The Thailand SEC announced that the Ministry of Finance, under the recommendation of the SEC Board, has granted digital asset business licences to four applicants and rejected two applications. Meanwhile, another application is still under consideration.