Cryptocurrency This Week: Law Commission Of India Favours Gambling In Bitcoin And More

Cryptocurrency This Week: Law Commission Of India Favours Gambling In Bitcoin And More

Important Events In The World Of Cryptocurrency, Bitcoin, ICOs And More [23-28 July 2018] 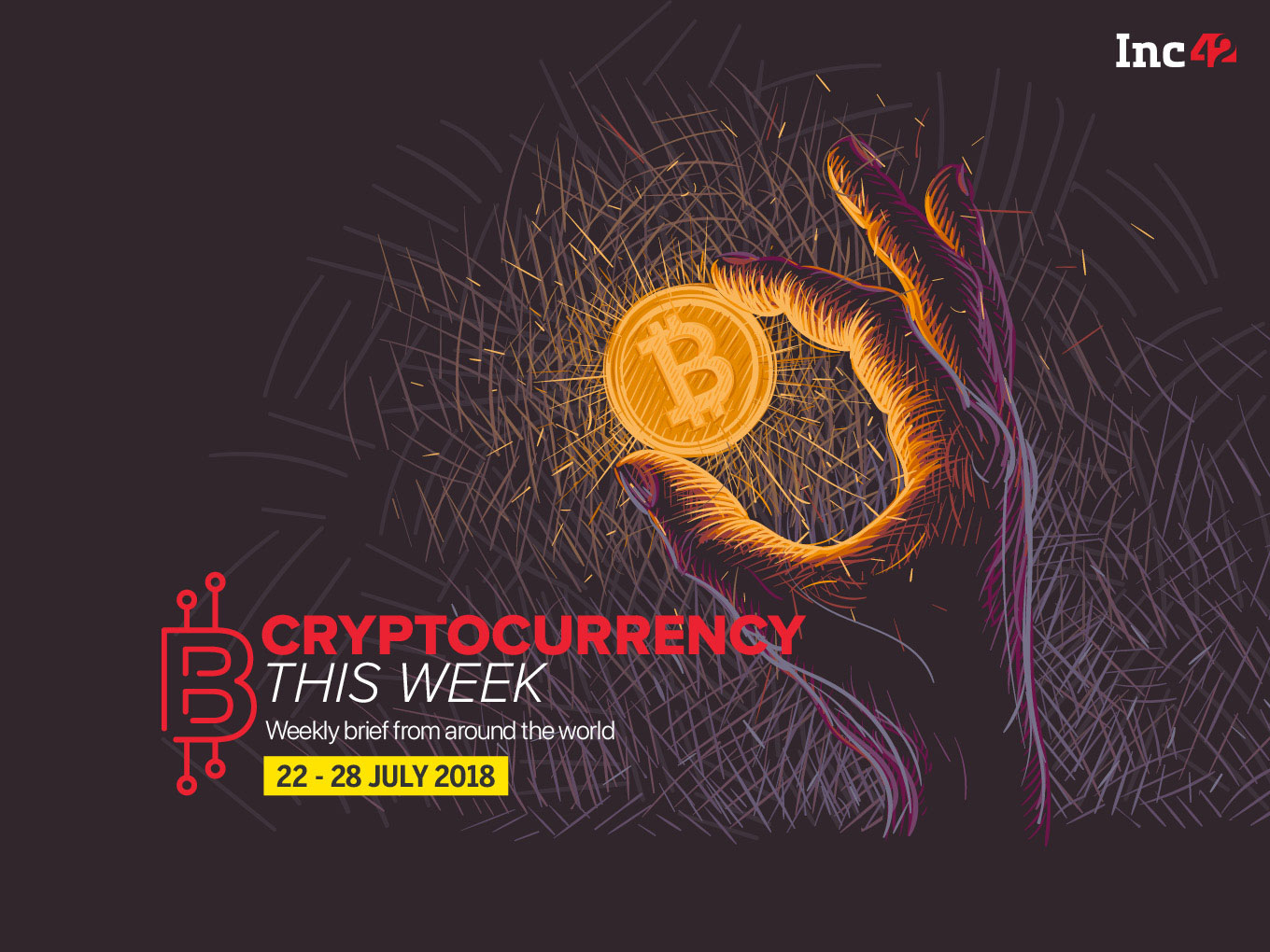 Once fallen to below $5K, slowly and steadily, Bitcoin is getting its charm back. Riding high on Bitcoin which is currently trading at $8.2K, the cryptocurrency market cap too, is ready to hit $300 Bn.

Meanwhile, in India, amid RBI crypto circular which has banned Indian banks from dealing with cryptocurrency entities, the Law Commission of India in its report submitted to the Minister of Law and Justice Ravi Shankar Prasad has recommended cryptocurrency as one of the cashless means for gambling transactions.

Let’s take a look at this week’s development in cryptocurrency!

The Law Commission of India which recently submitted its 276th report to the Union Minister of Law and Justice, Ravi Shankar Prasad has favoured the use of Bitcoin and other cryptocurrencies for gambling transactions.

In its report, the Commission stated, “Gambling transactions should be made cashless, making use of electronic means of payment such as credit cards, debit cards, net-banking, Virtual Currencies (VC – also known as Cryptocurrency), etc. Stringent law(s) should be put in place to control Foreign Direct Investment and at the same time, to prevent money laundering, while also implementing necessary tax reforms.”

The proposal has been made based on the fact that the straight-jacket prohibition on gambling has resulted in a rampant increase in illegal gambling, resulting in a boom in black-money generation and circulation. Regulated gambling could ensure the detection of fraud and money laundering and would create transparency. “Betting and gambling transactions should be linked with operator’s as well as player’s/participant’s Aadhaar card/PAN card, so as to ensure transparency and State supervision. The cap on the maximum amount that can be staked in a wager should be fixed by law and be strictly implemented,” observed the Commission.

After the G20 watchdog the Financial Stability Board (FSB) recently submitted its report to the G20 Finance Ministers and Central Bank Governors on the work of the FSB and standard-setting bodies on crypto-assets, the G20 nations now plan to bring in the cryptocurrency market under the purview of international AML standards, said an official statement released during a meeting in Buenos Aires recently.

The G20 forum, in which India is a prominent member, plans to apply the anti-money laundering (AML) regulatory standards for the cryptocurrency sector by October this year.

For its part, the FSB has already developed a framework in collaboration with the Committee on Payments and Market Infrastructures (CPMI), to monitor the financial stability implications of developments in crypto-asset markets. The report published recently sets out the metrics that the FSB will use to monitor crypto-asset markets as part of its ongoing assessment of vulnerabilities in the financial system.

As per the statement, members agreed to the implementation of the FATF standards and have asked the Financial Action Task Force (FATF) – an international body of 37 nations – to clarify in October 2019 how its standards apply to crypto-assets.

Ina major reshuffle in terms of organisational structure, the Financial Services Commission of South Korea has planned to create a number of new sector-specific bureaus to efficiently manage the policy initiatives and administrative issues.

The Commission in its press note stated that a Financial Innovation Bureau will be created that will be tasked with policy initiatives for financial innovation – e.g. innovative financial services using fintech or big data and responses to new developments and challenges such as cryptocurrencies.

As the US President Donald Trump recently took a U-turn from the multi-nation Iran-US-EU nuclear deal and announced fresh Iran-related sanctions which might curb Iran’s oil business, Iran is reportedly working on its cryptocurrency to bypass the new economic sanctions posed by the US.

“We are trying to prepare the grounds to use a domestic digital currency in the country,” stated Daliri.

While multiple chargesheets have been filed in the Amit Bhardwaj’s MLM scheme case, now two more Chandigarh policemen  — Sub-inspector (SI) Naveen Kumar, the investigating officer of multicrore Bitcoin MLM scam, along with Head Constable Ramesh Kumar and Constable Sandeep — has been sent to police lines, Sector 26, on administrative grounds. The Bitcoin MLM scam is being probed by the Cyber Crime Cell.

An Ex-Programmer Once Mined 500K Bitcoins Using His Company Equipment

The CEO of Russian payment services provider Qiwi Sergey Solonin has claimed that an ex-employee of the company used its payment terminals to mine bitcoins in 2011, reported CoinTelegraph.

Sergey in his lecture at the Moscow Advanced Communications School (MACS), Sergey Solonin revealed that one of Qiwi’s programmers had used its payment terminals for cryptocurrency mining, managing to mine 500,000 bitcoins in 2011, worth about $5 Mn that year and $4 Bn today.

“Most of all, I was amazed by the amount: in three months he has managed to mine 500 thousand coins, which then cost $5 Mn. And now it’s billions of dollars.”

In another Bitcoin crime news, founder and operator of the platform BitFunder, Jon E. Montroll B has pleaded guilty to charges of obstruction of justice and securities fraud on July 23.

Meanwhile, the US-based cryptocurrency exchange Coinbase has struck a new partnership to enable customers in Europe and Australia spend their cryptocurrency at major retailers and services including Nike and Uber.

As per reports, the exchange is partnering with WeGift, a London-based fintech startup for the new service which allows its users to fundamentally withdraw their cryptocurrency into gift cards that can be used at over 120 retailers including Uber, Amazon and Tesco, among others.

Stay tuned to Inc42 for more latest news on cryptocurrencies and ICO!