QuadrigaCX does not have the money, it claims, says a report After having made the headlines because of the Distributed Denial of Service (DDoS) attack last year, the Bitcoin Lightning Network is back in the news, but for good reasons.

Touted to resolve the scalability issue of Bitcoin, the layer-2 technology Lightning Network is now garnering attention due to its ‘Lightning Torch’ campaign on Twitter. The Lightning Torch, started by an anonymous Twitter handle Hodlonaut on January 19, 2019, is a “torch payment” that is passed on from one person to another adding 10,000 satoshis at every stop.

Twitter cofounder and CEO Jack Dorsey has already successfully passed Bitcoin’s Lightning Torch. So far, over 150 people have passed the Lightning Torch. The campaign has been drawing attention despite of Bitcoin having its longest winter ever. 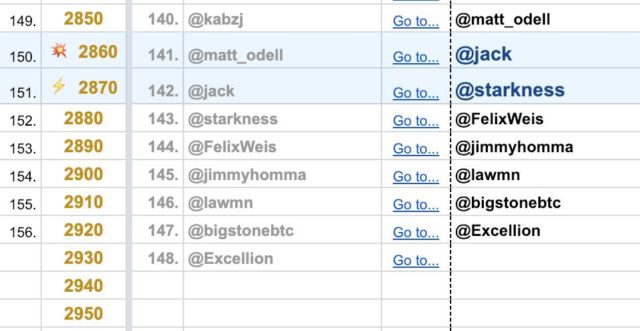 And guess what, Elon Musk’s name has already popped up on the list of Torch recipients’ names. Will he pass the Torch? The campaign is on.

While blockchain, Bitcoin’s underlying technology, has been increasingly embraced by the white world, Bitcoin’s popularity has always been tilted towards the dark web, sanctioned countries’ markets, and terrorists as well.

In one of the previous weekly episodes, we had brought you first-hand account information on how the cryptocurrency was used as a tool of communication as well. A dark web user had then said: “In 2012, there were some messages in the Bitcoin blockchain which indicated that the US agencies were quite active (as individuals, buyers, sellers).”

Back in early 2013, the National Security Agency (NSA) of the US Department of Homeland Security had tracked down a number of Bitcoin users across the world.

Last week, the al-Qassam Brigades — the military wing of US-designated terrorist group Hamas — announced plans to crowdfund through Bitcoin. It has been now reported that the terrorist group has been receiving Bitcoin from Binance as well as Coinbase users.

Let’s take a look at the other developments from the crypto world.

QuadrigaCX Does Not Have Money, It Claims: Report

Gerald Cotten, the founder and CEO of leading Canadian cryptocurrency exchange QuadrigaCX, who died of cardiac arrest in Rajasthan, India, in December, last year, has left a huge puzzle to solve — his crypto wallet, protected by a password, which has reportedly $145 Mn worth of cryptocurrencies. The exchange needs the money to return it to investors.

According to an affidavit filed by Cotten’s widow Jennifer Robertson, the funds were stored in cold storage wallets which are not connected to the internet but can be opened through private keys only.

However, Zerononcense, a research portal has now published a report claiming that there are no identifiable cold wallet reserves for QuadrigaCX. The exchange was, in fact, using deposits from its customers to pay other customers once they requested their withdrawal.

It also went on to say that QuadrigaCX didn’t have the money contrary to Ms Robertson’s claim in her affidavit.

Bitcoin Busted? Venezuela Does Not Think So

It has been 14 months now since Bitcoin’s price started seeing a downslide. While Hodlgang, led by none other than former fortress hedge fund manager Michael Novogratz, still believes in hodling the Bitcoin, there have been no signs of Bitcoin’s price recovery yet.

Novogratz, who has predicted Bitcoin to hit $20K this year, had also predicted the cryptocurrency would cross $40K by 2018-end.

Meanwhile in Venezuela, Bitcoin fever is always high. Even amid the economic crisis in the country, the demand for Bitcoin has risen. According to CoinDance statistics, in the previous week, Venezuelans exchanged nearly 17.1 Bn Bolivars for Bitcoins. This amounts roughly to 1,927 Bitcoins.

Ripple owners can now use it as a means of payment at more than 4,500 shops online, announced Lithuania-based cryptocurrency exchange CoinGate.

“Whether one wants to purchase a VPN, video game or anything else, we are happy to cater to the huge XRP community and vastly expand the use cases of this digital asset. By being one of the first payment gateways that process XRP natively, we hope to significantly boost its utility. For our merchants, it is also quite a huge deal as currently, XRP falls into a category of the largest cryptocurrency markets according to capitalization. Hence, it makes us confident that this integration will definitely bring more customers to our merchants rather soon,” said the company.

In other news, in Japan, the world’s leading cryptocurrency market, people mostly use cryptocurrency payments for ecommerce while in Australia, they do so for real estate.

According to various reports, Australian homeowners seek Bitcoin property deals despite most cryptocurrencies dropping sharply in value over the past 12 months.