Initially, scheduled on September 11, Supreme Court of India to hear the RBI-crypto case next week

Like internet, cryptocurrency regulation requires a 'do no harm' approach, said US Regulator CFTC chairman 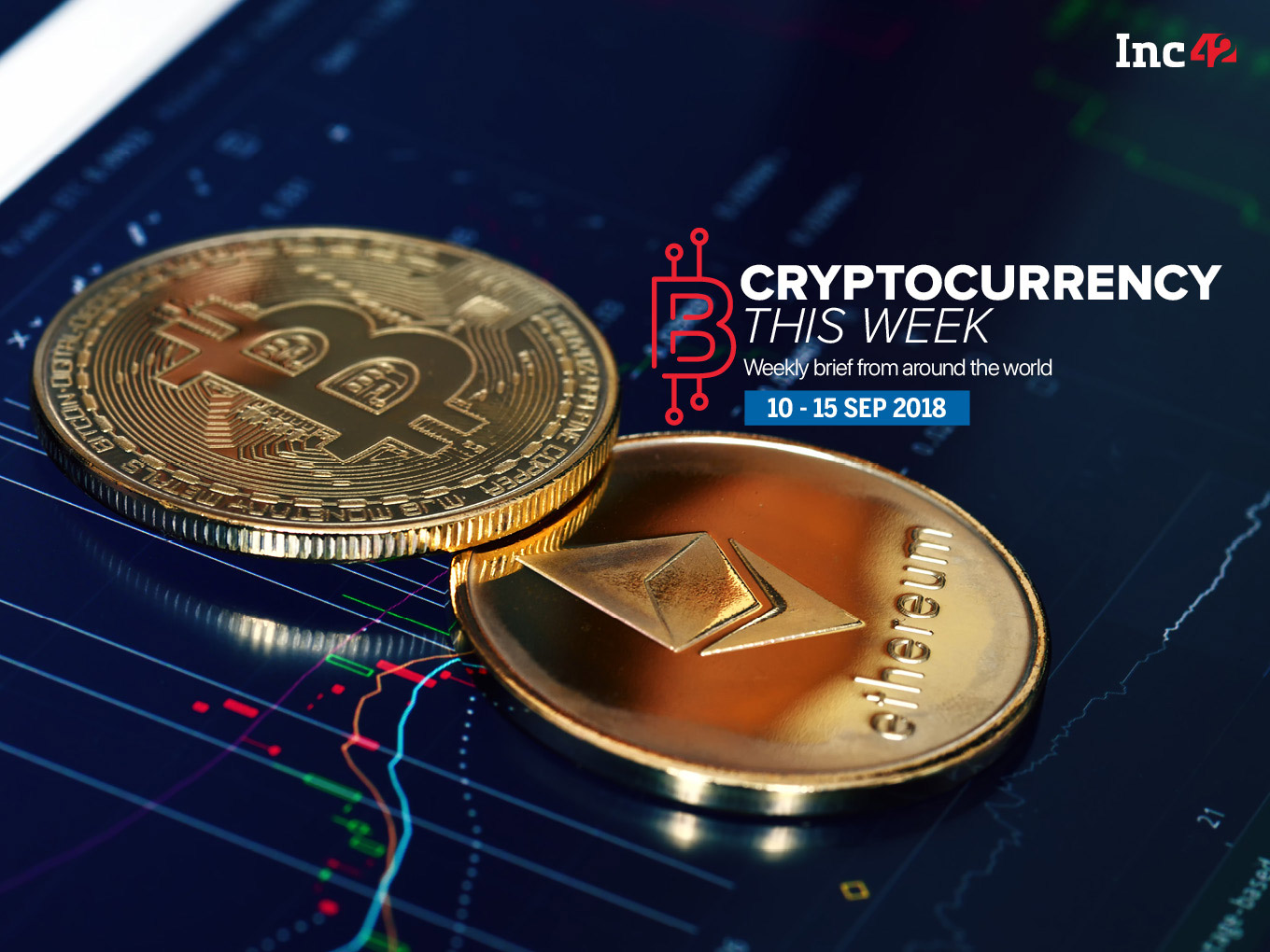 Initially scheduled for September 11, the Supreme Court of India has now postponed the cryptocurrency case hearing to next week. Besides the three-judge bench to look into the details of the merits of whether the RBI could take such extreme measure (RBI’s April 6 circular had earlier banned banks from extending their services to cryptocurrency entities) without having a proper consultation, the clubbed cases also seek Indian government’s clarification regarding Bitcoin-regulation in the country.

Meanwhile, the market cap of Bitcoin and other cryptocurrencies has plunged down by 80% since December, last year. Once valued at $950 Bn, the market cap is currently  $200 Bn, down by $750 Bn.

Let’s take a look at this week’s major developments

On July 20, a three-judge bench of the Supreme Court had ordered that all the cryptocurrency-related cases be clubbed and had finalised the next hearing for September 11. Adjourned, the case will now be heard next week.

Rashmi Deshpande, Advocate, Khaitan and Co, who is representing petitioner Kali Digital, told Inc42, “The date will come out in the next week’s cause list.” The case is now likely to be listed for September 18.

Except for the RBI, which has already submitted its response in the court, many of the other respondents are yet to file their submission. Speaking to Inc42, petitioner No. 2, advocate Vijay Pal Dalmia, said that besides the RBI, the ministry of finance and the ministry of home affairs have also been made respondents in the case. However, the latter two have not filed their submissions yet.

Cryptocurrency Regulation Requires A ‘Do No Harm’ Approach: US Regulator

Likening the government’s approach towards the internet, — a right way to approach crypto as well, U.S. Commodity Futures Trading Commission Chairman J. Christopher Giancarlo averred that when it comes to the oversight of cryptocurrencies, regulators need to avoid inhibiting innovation, yet be vigilant against manipulation.

Speaking to CNBC, Giancarlo said, “Like the government earlier adopted a ‘do no harm’ approach towards internet which helped it explode what it today, I’m advocating the same approach to cryptocurrencies and all things having to do with this new digital revolution of markets, and of currencies, and of asset classes,”.

However,  some caution is required because some kind of fraud and manipulation often seen in foreign exchange and precious metals are now taking place in cryptocurrency markets, he said.

The idea is to encourage fresh capital in Bitcoin and institutional demand may do it. BitGo CEO Mike Belshe stated, “What Bitcoin needs is fresh capital coming in, so we haven’t seen a lot of new buyers coming in. So to the extent that Wall Street represents that, yes, Bitcoin needs that, and I can tell you anecdotally that the institutional herd is starting to move their feet a little bit, but they have been taking much longer than I expected… This [custody product] is making me much more optimistic, and this could be the solution that institutional investors have been waiting for.”

As per Belshe, the market has not seen many new buyers emerging in the past eight months. But, with the introduction of several crypto custody solutions offered by BitGo, Coinbase, and potentially regulated financial institutions like Goldman Sachs, Citigroup, and Morgan Stanley, billions of dollars in new capital will hit the Bitcoin market.

Is It UnHODLing Rumours Or US Dollar — Hitting Bitcoin Hard?

Amid rumours that the Bitcoin HODL gangs are not interested in hodling anymore, Bitcoin plunged down by 15% within two days this week. Earlier, on Reddit’s Bitcoin forum, a user had said that a Silk Road-related wallet which owns 111,114.62 Bitcoin (in different sub-wallets now) is now actively moving its funds in the last three days and it might intend to offload its Bitcoin soon.

However, this may not be the only reason for the cryptocurrency fall at large. According to some analysts, cryptocurrency is getting crushed under the weight of a strong US dollar.

Stay tuned to Inc42 for more latest news on Bitcoin, cryptocurrency and ICOs!