Important Happenings From The World Of Cryptocurrency, Bitcoin, ICOs And More [ 14 - 21 April ] 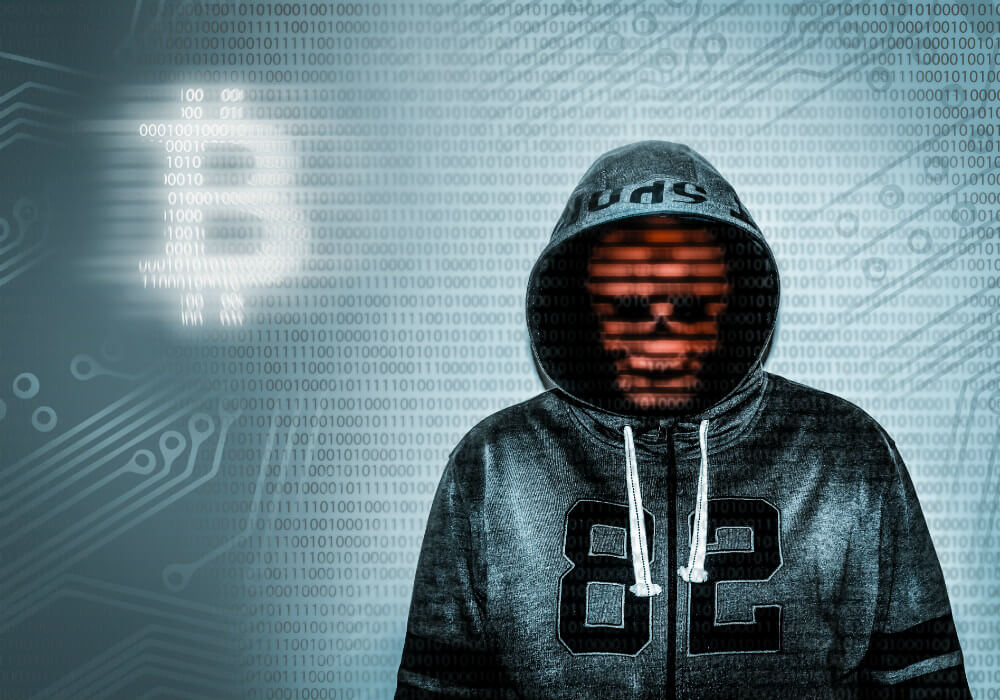 Analysts at the Bank of America believe Bitcoin is the greatest bubble in the history of popping.

In the world of cryptocurrencies, it is always about whether your cup is half-full or half-empty or as author Alphonse Karr calls, “We can complain because rose bushes have thorns, or rejoice because thorns have roses.” 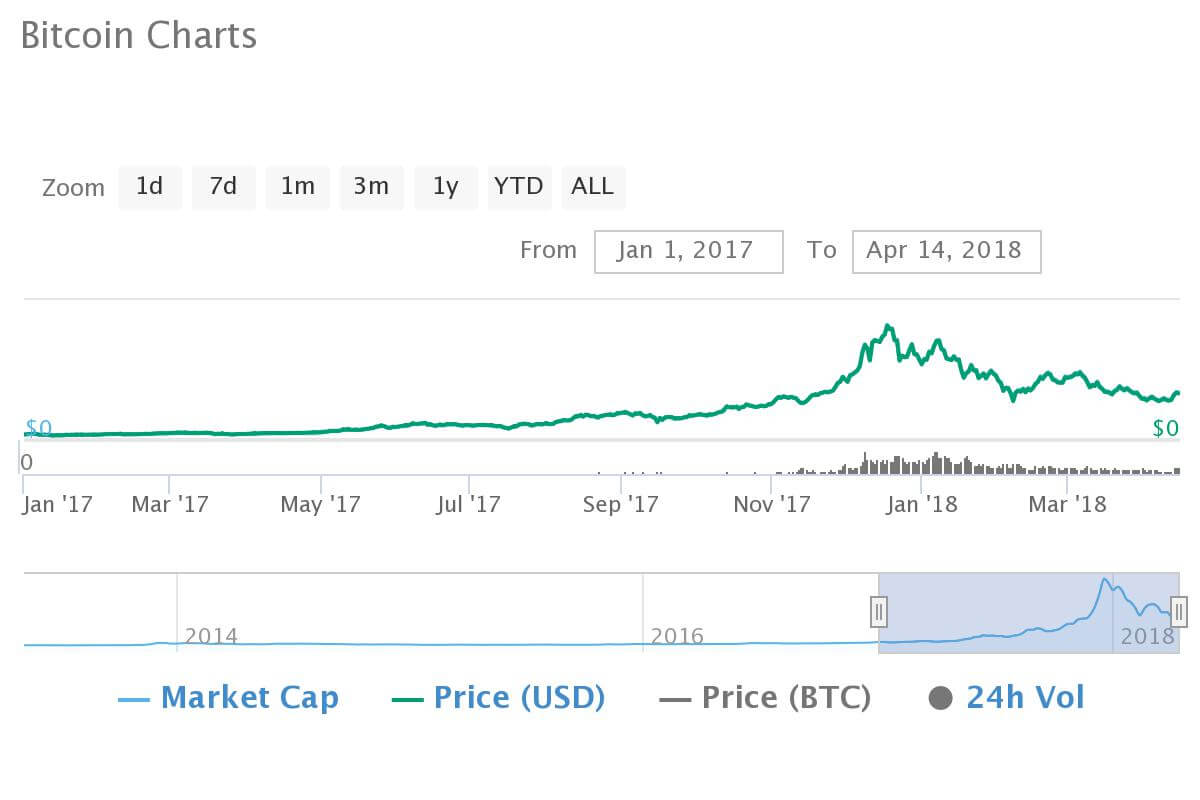 That’s the story of thorns and roses. Bitcoin has both. While blockchain is being perceived as the ‘roses’ by all, the cryptocurrency and ICOs are the new ‘thorns’ for many.

Indian cryptocurrency exchange Coinsecure has reported that 438.318 Bitcoin, worth $3.5 Mn has been stolen from its platform.

The company has also announced a bounty of 10% of the stolen Bitcoin, whoever helps recover the same.

The Delhi-based cryptocurrency exchange has already filed an FIR with the Delhi police cyber crime branch. The company has halted the exchange operations, as the police seized the company’s servers.

Speaking to Inc42, Coinsecure CTO Benson Samuel said, “Now, that the FIR has been filed, we can’t proceed the case at our end and are waiting to have further updates from the police on the matter.”

In a notice issued to its users, Coinsecure team stated, “Our Bitcoin funds have been exposed and seem to have been siphoned out to an address that is outside our control. Our system itself has never been compromised or hacked, and the current issue points towards losses caused by an exercise to extract (Bitcoin Gold) BTG to distribute to our customers.”

As the private keys were leaked online with no data logs left behind, the company suspected it to be an insider’s job. In its statement and the FIR, the company has stated that the explanation of the event by its CSO Dr. Amitabh Saxena was unsatisfactory and he should not be allowed to fly abroad until the matter gets resolved.

The FIR says, “As the private keys are kept with CSO Amitabh Saxena, we feel that he is making a false story to divert our attention and he might have a role to play in this entire incident.”

In another Bitcoin crime, in Gujarat, the Criminal Investigation Department (CID) unit has arrested two policemen for forcing a Surat businessman to transfer 200 Bitcoin worth $1.5 Mn (INR 12 Cr), while also demanding a ransom of $4.92 Mn (INR 32 Cr) to free him.

According to HT, the CID has booked eight policemen and a lawyer in the case. The booked policemen in the case are part of Amreli district’s local crime branch unit.

Director general of police, CID (crime), Ashish Bhatia told the media, “Two policemen — constables Babu Der and Vijay Vadher — were arrested today. All other accused have gone underground. Efforts are on to nab them.”

The complaint was registered by businessman Shailesh Bhatt on February 23, this year.

Australia has introduced a new law for digital currency exchange (DCE) providers operating in Australia. The new AML/CTF laws cover for the first time regulation of service providers of cryptocurrencies, including Bitcoin. Implementing the same, the authorised agency, Australia’s financial intelligence agency and anti-money laundering and counter-terrorism financing (AML/CTF) regulator (AUSTRAC) has asked all the local cryptocurrency exchanges to register themselves latest by May 14, 2018.

Commenting on the development, AUSTRAC CEO Nicole Rose PSM said that the new laws will strengthen the agency’s compliance and intelligence capabilities to help DCEs implement systems and controls that can minimise the risk of criminals using them for money laundering, terrorism financing and cybercrime.

Nicole stated, “It’s recognised that this reform will help protect their business operations from money laundering and terrorist financing, while regulation will also help strengthen public and consumer confidence in the sector.”

Speaking of the launch, Leigh Travers, Managing Director of DigitalX stated, “We believe cryptocurrencies are under-researched by mainstream asset managers and there is an opportunity to leverage our expertise in Blockchain technology and crypto-asset investment to create value for our clients.”

A lawsuit has been slapped on JPMorgan Chase & Co in Manhattan federal court accusing it of charging extra fees while treating Bitcoin purchases as cash advances.

The lawsuit has been filed on the behalf of a proposed nationwide class. As per the lawsuit, Chase charged both extra fees and substantially higher interest rates on the cash advances than on the credit cards and refused to refund the charges when customers complained, reported Reuters.

In news from South Korea, out of 33 cryptocurrency exchanges 23 Cryptocurrency Exchanges have agreed to adopt self-regulation while 10 chose to opt out.

In a student loan survey report from Dover, Delaware, it was found that about one in five students with loans reported using student aid to buy Bitcoin or other cryptocurrencies, presumably in the hope that recent eye-popping increases in value could help pay off their debt. More than 21% said they’d used student loan money “to invest in cryptocurrencies like Bitcoin.”

Back to India, Inc42 reported how the local cryptocurrency community has filed an online petition on Change.org demand RBI to repeal its ban over banks pertaining to cryptocurrency related transactions. The petition has been endorsed by 39K people so far. The cryptocurrency exchanges in India that are largely self-regulated have already demanded the government to regulate Bitcoin and are agreed to pay taxes whatever the taxman imposes on them.

On the other hand, cryptocurrency traders in Poland have also launched an online petition demanding the abolition of all taxes related to the blockchain, including on Bitcoin.

While South Korea-based Youbit announced bankruptcy after the Bitcoin theft, India’s Coinsecure has assured its affected users that are purportedly 11K in number that they will be able to get their Bitcoin regardless of the outcome of the investigation. In Japan, cryptocurrencies are regulated. However, in South Korea and India, it’s not; yet, cryptocurrency exchanges in these countries have gone under huge cyber attacks. Certainly, that raises concerns pertaining to the reliability of Bitcoin exchanges.