While Indian legislators are in consultation for a law which could bring a blanket ban on virtual currencies, Indian tech firms have said that banning tech is not the solution

Indian crypto exchanges are attracting investments from global investors, as they witness a surge in users amid the pandemic 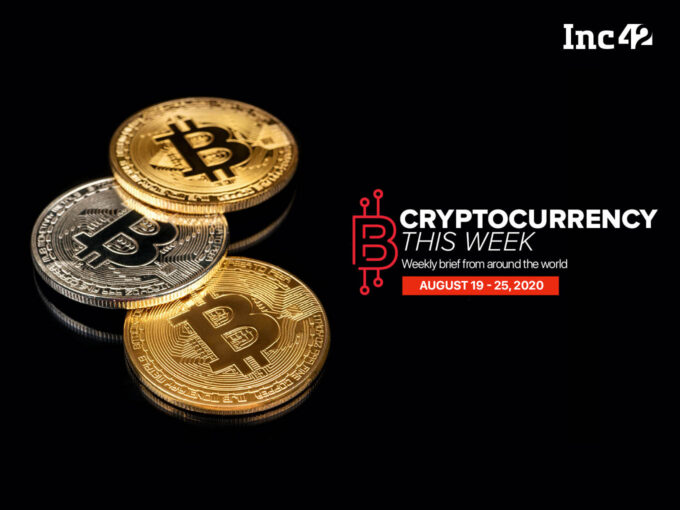 Since the SC order, there has been a spurt in cryptocurrency-related activities in India, with some crypto exchange platforms reporting a 400% spike in trading activity. According to UsefulTulips.org, the combined monthly trading volume between the Indian Rupee and Bitcoin has nearly doubled between March and July on two foreign crypto exchanges, LocalBitcoins of Finland and Paxful of the US. Their total volume in March was $8.14 Mn. By July the figure had reached $16.26 Mn.

In fact, Inc42’s Cryptocurrency Roundup from last week highlighted how Mumbai-based cryptocurrency exchange aggregator, CoinDCX, had seen a 62% month-on-month (MoM) growth in trading volume for its product Insta, since the SC order. CoinDCX’s Insta, launched on August 15, 2018, is a fiat-crypto exchange product that lets investors trade in INR.

Users can purchase 100+ cryptocurrencies at competitive prices with close to zero deposit and withdrawal fees. Also, the company said that coins on Insta are protected through CoinDCX’s best-in-class security measures. Moreover, other crypto exchange platforms like WazirX, Unocoin, Bitbns, Cashaa, Oropocket among others have also witnessed a surge in users and transactions after the Supreme Court verdict.

Global investors are also bullish about the same. CoinDCX attracted investments worth $5.5 Mn in two rounds, from a number of global investors including Bain Capital of the US, in March and May after the favourable court ruling. The world’s largest crypto exchange network, Binance of Malta, acquired WazirX last November, perhaps anticipating India’s ban on cryptocurrency trading would be lifted soon.

While Indian legislators are said to be conducting inter-ministerial consultations on a draft law that proposes a blanket ban on cryptocurrencies in India, the stance of Indian IT and tech firms could be a deterrent. In the immediate aftermath of the SC ruling quashing the banking ban on cryptocurrencies, the National Association of Software and Service Companies (NASSCOM) said that banning technology was not a solution. India’s biggest IT company firm Tata Consultancy Services (TCS), is also seen to be a firm backer of cryptocurrencies. Last month, the company launched a crypto trading platform called Quartz Smart Solution for banks and investments, in collaboration with blockchain startup Quartz, incubated by TCS.

However, with Indian lawmakers concerned about crypto’s links with terror financing, findings also backed by the Financial Action Task Force (FATF) — a global watchdog to curb money laundering — it remains to be seen if cryptocurrency will flourish in India, or whether the current spurt in growth is nothing but a false dawn. 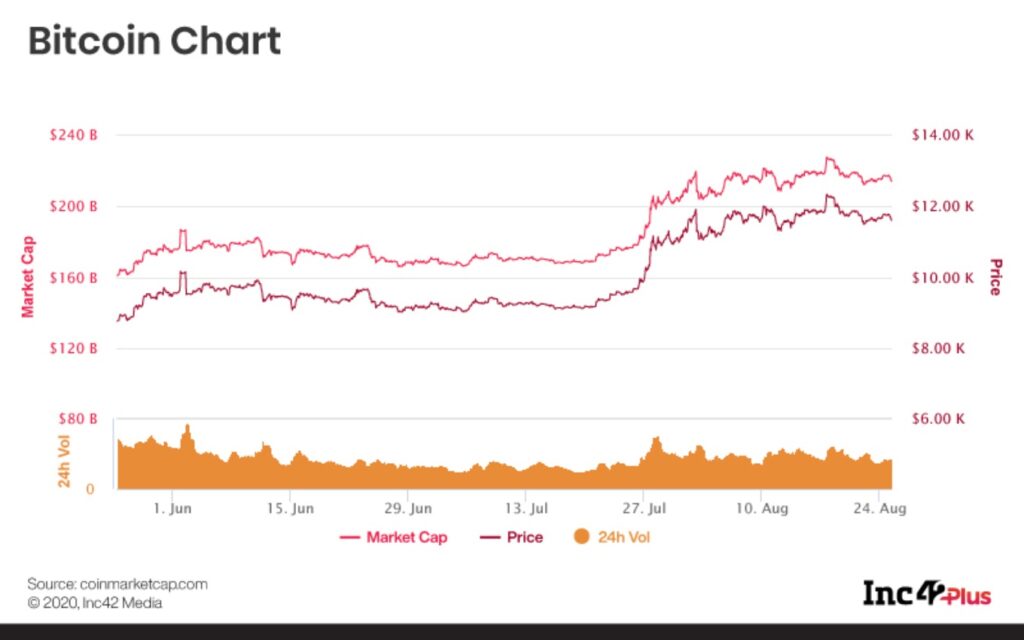 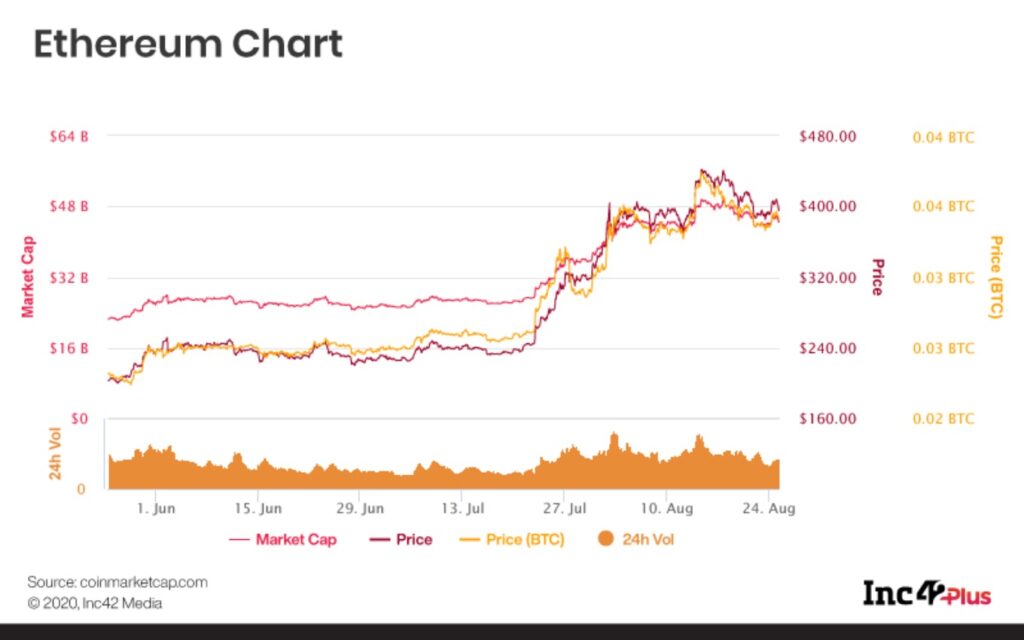 Cryptocurrency News Of The Week

The International Monetary Fund (IMF) tweeted a video on cryptocurrencies this week, explaining its use, benefits such as removing middlemen, lowering costs, and increasing transaction speed. It also warns of what it sees as risks, such as anonymity and volatility. At the time of writing, the video had garnered 689.5K views and had been retweeted 6,700 times. Following the release of the video, many people saw it as an indication of the IMF’s endorsement of cryptocurrencies, even as many governments all over the world are opposed to it. The video ends with, “If we can counter the risks, then this new technology or some variation of it can completely change the way we sell, buy, save, invest, and pay our bills. And who knows, this could be the next step in the evolution of money.”

Owing to escalating trade wars with the US this year, as well as other countries, and a devaluation of the yuan, China saw $50 billion worth of cryptocurrency move from China-based addresses to overseas addresses, a report by blockchain analytics firm Chainalysis has found. The report notes that the East Asia region, which includes China, Hong Kong, Macau, Japan, Mongolia, South Korea, and Taiwan, accounted for about 31% of all cryptocurrency transacted in the last 12 months. A bulk of these transactions were made from China, where while the government allows citizens to send only $50,000 out of the country every year, wealthier citizens have found ways to circumvent the ban such as investments in shell companies and real estate. With the government cracking down on those methods, cryptocurrency is seen as being used as an alternative.

The Bitcoin Network Now Consumes 7 Nuclear Plants Worth of Power

The Bitcoin mining process sees miners plugin high-voltage machines, that consume electricity as they try to solve complex computational math problems, which are so complex that they can’t be solved by human hands. The process is called bitcoin mining, where if the computer is able to solve the problem, more bitcoin is added to the blockchain network. Hashrate is used to measure the amount of computing power consumed by the blockchain network.

According to industry estimates, the gigawatts of electrical consumption powering industrial bitcoin mining today consumes as much as seven nuclear power plants.