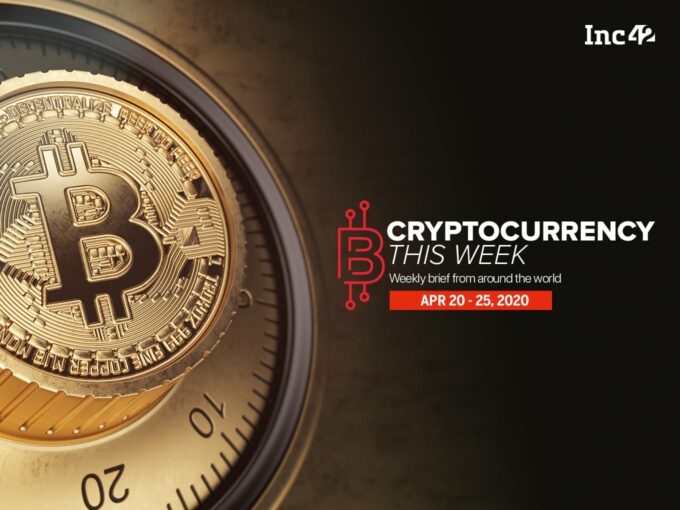 After a sudden drop starting from mid-March, the past few days have been fruitful for the cryptocurrency market. For instance, at the time of writing, the value of Bitcoin on April 21, 2020, stood at $6,840.29, cut to April 26, 2020, the crypto asset witnessed a 10% increase, where the value was around $7,604, with a market cap of $139 Bn. Many crypto experts suggested that the crypto asset may cross $8000 by the end of April.

Earlier last month, the value of Bitcoin after the Supreme Court verdict was above $8000, with a market cap of $161 Bn.

Furthermore, the total market capitalization is on the swing of hitting close to $216 Bn on Thursday (April 23, 2020). The trade volume, on the other hand, has remained stable with an increase of $4 Bn from $150 Bn, as reported by Coingape.

The recipients, as analysed by SophosLabs, said that they were asked to pay up to $800 in bitcoin into designated wallet addresses. To trace the flow of the money from these wallets, the researchers worked with CipherTrace, a cryptocurrency research and tracking platform.

China is all set to release its world’s first central-bank digital currency (CBDC) later this year. According to several media reports, the city of Suzhou, Xiong’An and Chengdu will be giving some of the digital currencies (digital yuan) to government employees, alongside digital currency research and development institutions, as well as pilot merchants.

Once launched, it could change how central banks manage both liquidity and physical cash in the country. However, in a press statement, the People’s Bank of China (PBoC) has confirmed that it is still under testing phase and will not affect the commercial operation of listed institutions, nor will it affect the Renminbi (RMB) issuance and circulation system, financial market and social economy.

Two cryptocurrency platforms, Uniswap (crypto exchange platform) and Lendf.me (crypto lending platforms) were recently attacked by hackers, where they stole $25 Mn worth crypto asset. It is said that the attackers exploited a reentrancy vulnerability in the smart contract to target both the platforms. imToken has suspended its imBTC (the tokenized bitcoin) contract to investigate the matter. It will resume services once the platforms have fixed the vulnerability.

Binance-backed Bundle recently launched a crypto payments app with a tight focus on Africa and extensive integration with local currencies and payment channels. The platform is said to support the Nigerian Naira along with Bitcoin, Etherium among other crypto assets. Apart from this, the Bundle wallet allows transactions to be processed with cards, banks and Mobile Money among others.

Taiwo Orilogbon, CTO of Bundle said that Africa has several characteristics that make it a prime location for the realisation of digital currencies, blockchain and its applications. “Currently, only 1.4 Mn people out of 1.2 Bn people in Africa use crypto today,” he added.

Korean travel unicorn Yanolja is planning to start a tokenized rewards programme which will enable its Yanolja tokens to be exchanged for cryptocurrency. For this, the company will be using blockchain-powered rewards platform MiL.k. In other words, Yanolja, which is a non-crypto rewards currency will be exchanged for Milk Coin — a cryptocurrency —  which can be traded on crypto exchanges.

For example, rewards earned from travelling via cab, flight and bus can be turned into a crypto asset, and later can be sold on crypto exchanges or redeemed at other Milk-Coin-supported entities.