Cryptocurrency This Week: Bitcoin Exchange Zebpay Shut down, And More

Cryptocurrency This Week: Bitcoin Exchange Zebpay Shut down, And More

Sheffield Clark, CEO of the world’s largest Bitcoin ATM network Coinbase averred that there should be some continuity in the way states regulate cryptocurrency 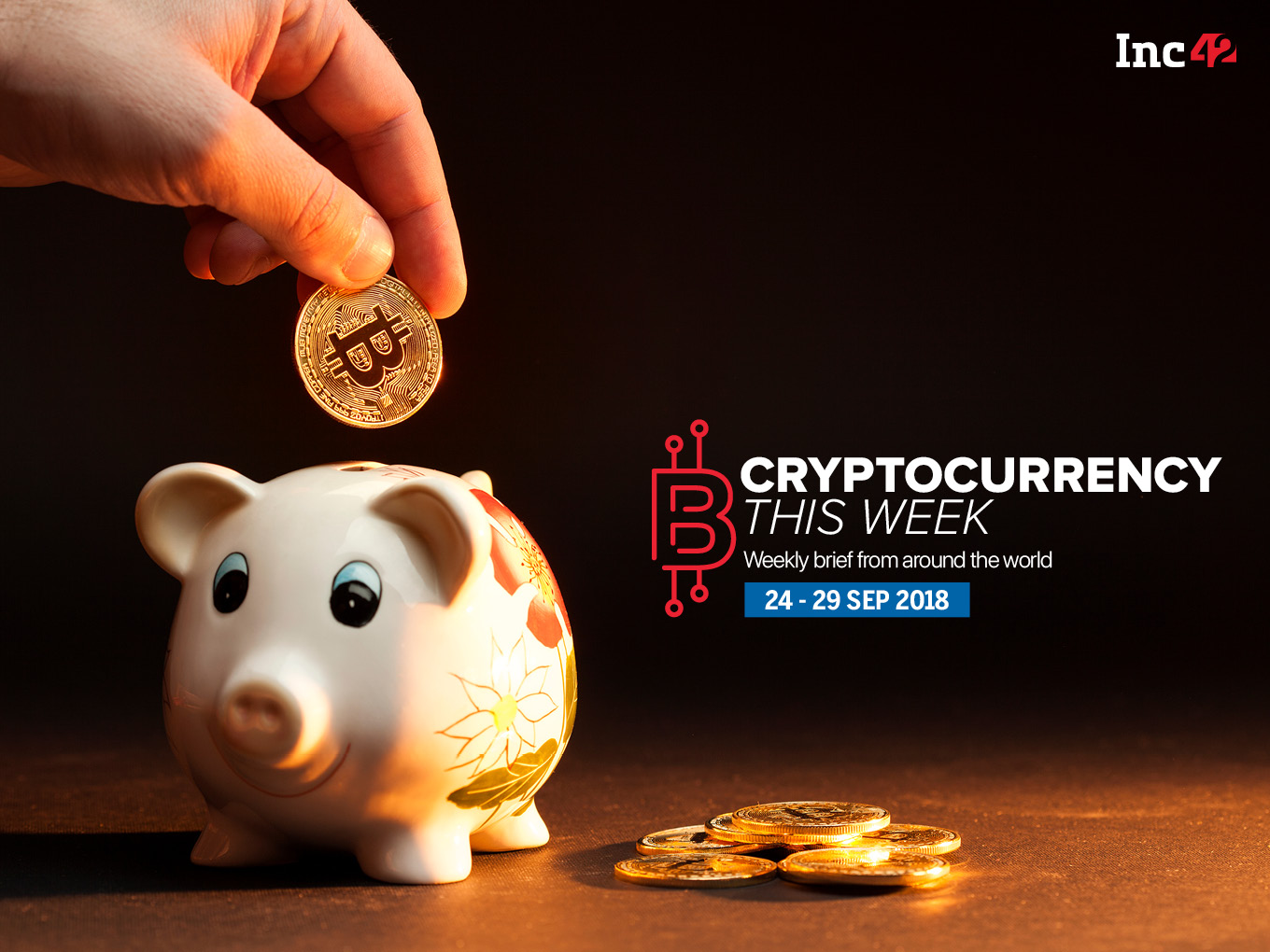 The Supreme Court is expected to hear the cryptocurrency case next week. Speaking of the case, Rahul Raj co-founder and CEO of Koinex told Inc42, “Depending on what the supreme court’s verdict is there will be some of the other kind of sentiment or movement in the regulatory framework, the regulators or the exchanges or the users will find themselves in situations with much more clarity on how this space is going to look like in the next few weeks or months.”

However, amid global cryptocurrency downturn, Bitcoin has been on the rise in Argentina. Like Venezuela, Argentina’s economy has been fast falling down and as a result, people have increasingly started investing in Bitcoin.

Meanwhile,  Sheffield Clark, CEO of the world’s largest Bitcoin ATM network Coinbase averred that there should be some continuity in the way states regulate cryptocurrency.  Out to the lack of enforcement with respect to the already existing regulation, which renders the whole regulatory mechanism useless.

Let’s take a look at the some of the top Bitcoin-related developments this week!

In a statement issued on its blog, Zebpay said, “At this point, we are unable to find a reasonable way to conduct the cryptocurrency exchange business. As a result, we are stopping our exchange activities. At 4 pm today (September 28, 2018), we will cancel all unexecuted crypto-to-crypto orders and credit your crypto coins/tokens back to your Zebpay wallet. No new orders will be accepted until further notice.”

However, it added: The Zebpay wallet will continue to work even after the exchange stops and one is free to deposit and withdraw coins/tokens into their wallet.

Raj commented, “We didn’t expect Zebpay will shut down the business in this way and with a short notice but at Koinex we continue to do business as usual.”

Google is apparently going to partially lift the cryptocurrency and ICOs related ads ban. The company is set to update its policies next month

According to a news website, Unhashed, the Google Ads policy on Financial products and services will be updated in October 2018 to allow regulated cryptocurrency exchanges to advertise in the United States and Japan.

Earlier in may this year, Google had brought a new restricted financial products policy restricting the advertisements of Contracts for Difference, rolling spot forex and financial spread betting and cryptocurrency-related product ads.

US-based Bitcoin exchange Coinbase is in the process to list more crypto assets, announced the company.

Coinbase is currently offering Bitcoin, Bitcoin Cash, Ethereum, Ethereum Classic, and Litecoin. In its blog, the company announced that it is currently working on compliance and regulatory issues which will further pave the way to enlist more assets.

Meanwhile, Mt. Gox Trustee has reportedly sold $230 Mn of Bitcoin and Bitcoin Cash since March 2018, revealed a report on Mt. Gox website. Mt. Gox was the unarguably the most popular Bitcoin exchange in the world prior to being hacked in 2014.

Stay tuned for the next week edition of Cryptocurrency This Week!