Cryptocurrency This Week: Binance Acquires WazirX, PayPal On Why It Exited From Libra And More

Cryptocurrency This Week: Binance Acquires WazirX, PayPal On Why It Exited From Libra And More 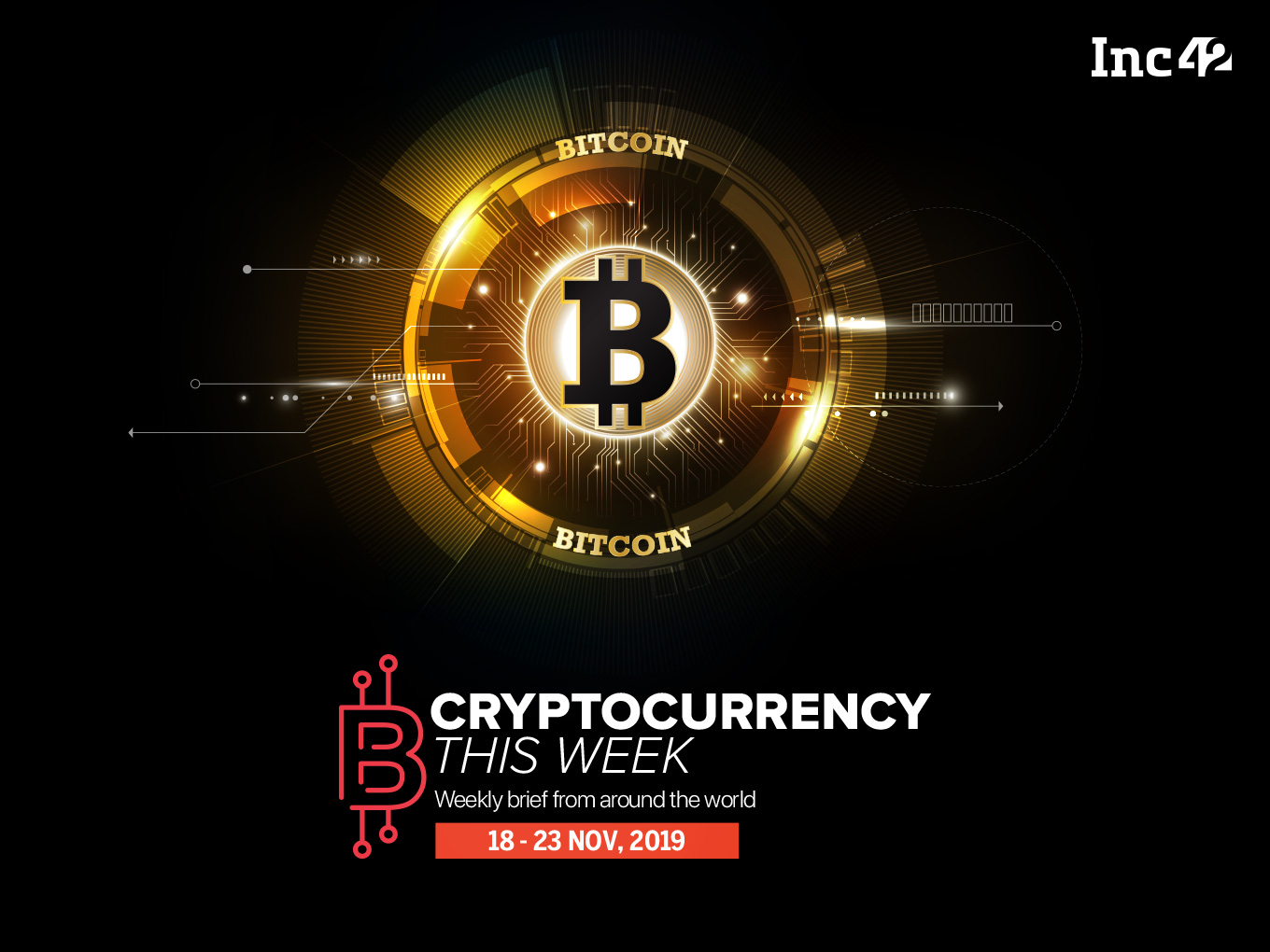 In spite of blockchain being one of the most secure and safe platforms available today, trading cryptocurrencies remains a concern with Vietnam-based cryptocurrency exchange VinDAX,  seventh major casualty this year. Earlier this month, the exchange was hacked losing around $500K.

Meanwhile, China continues to harden its stance on cryptocurrencies. Official Weibo accounts of Tron and Binance, which acquired WazirX, have been banned citing the violation of law and regulation.

Recently, after Xi Jinping, Chinese President had asked investors to invest in blockchain, the statement had a positive impact on Bitcoin and other cryptocurrencies which saw an immediate surge after the statement. However, Chinese government-backed media Xinhua had warned traders and investors that this must not be seen in favour of crypto.

Startup Of The Week: WazirX

There is a sound reason to choose WazirX as crypto startup of the week. WazirX has not only survived the adverse Indian crypto policies but is the first Indian exchange that has been acquired by a foreign exchange.

Global cryptocurrency exchange and blockchain ecosystem, Binance has announced its acquisition of Indian cryptocurrency startup WazirX. With the acquisition, Binance will now start offering the option for users to buy and sell crypto with Indian rupees (INR) on the Binance Fiat Gateway from November 25 onwards.

Shetty also told us he would continue leading the cryptocurrency exchange as well as the P2P transactions, globally.

Binance said its users will be able to directly place orders on the web platform or the Binance apps to purchase Tether (USDT) against INR. This integration will allow users to trade any digital asset available on Binance.com with the purchase of USDT from the WazirX digital asset marketplace.

Exchanges Vs RBI: The Supreme Court To Hear The Case On January 14

The clubbed cases of the Indian cryptocurrency exchanges vs RBI that was supposed to be heard on November 19, has yet again pushed to next new date.

‘The matter may now be taken up on January 14,’ said one of the lawyers representing the case.

Last year, a slew of cryptocurrency exchanges as well as IAMAI had filed a petition against RBI and Union of India after the RBI banned banks from extending any services to crypto entities.

Amit Bhardwaj And The GainBitcoin Case

Amit Bhardwaj case was also heard in the Supreme Court on November 19. The Enforcement Directorate on Nov 19, argued for the cancellation of bail that SC had granted Amit Bhardwaj on health backgrounds.

The Supreme Court in September had extended three months grace period to Amit Bhardwaj after the accused expressed their inability to deposit the money ordered by SC.

The Supreme Court has now directed to list the case on January 20, next year.

November 19 was also the hearing date at Pune District and Sessions Court, where cyber police’s senior inspector Jairam Paygude had filed a petition asking the court to bypass RBI’s notification in this particular case.

In a related development, Akash Sancheti’s parents Kantilal Sancheti and Hemlata Sancheti who are also accused in the matter have now filed a petition in Bombay High Court saying that they are nowhere associated with the scam. Akash has already been granted bail in the case.

Despite the fact that the Loksabha Bulletin has released only a tentative list and is subject to change, it has definitely brought some momentary relief to the cryptocurrency community of India who has welcomed the news and expectedly so.

Speaking on why Paypal chose to exit from Libra, PayPal CEO Dan Schulman has now stated that while PayPal always likes to explore new technologies particularly blockchain, there was much left to be done in the case of Libra than said.

In an interview with Fortune, Schulman stated, “When David Marcus [Facebook’s head of Libra] came to talk to us about Libra initially, he framed it in ways that were appealing to us about financial inclusion. We’re always exploring the next generation of technologies — like blockchain infrastructure to do things more efficiently. And you know, we’d like to learn more about it. All of us were interested in learning more.”

“As we learned more about [Libra] and saw the amount of things that were still left to do and the amount of things we still had to do on our own roadmap outside of Libra, we said, “You know, we think if we focus on our own roadmap, we’d be able to advance financial inclusion faster than if we put all these resources against Libra,” Schulman added.

On cryptocurrencies, he said, “It’s still very volatile, and therefore, we don’t have much demand for it by merchants because merchants operate on very small margins. And what they have to do is immediately turn it into fiat, and there’s a fee for turning it into fiat, so any advantage in cost is typically eaten up by that conversion fee. Until it becomes less volatile, it won’t be a currency that is widely accepted by merchants on the web — not the dark web, but the web.”

That doesn’t mean that I don’t think crypto is an interesting idea and that people are trading it quite a bit. It’s more commodity-like than it is cash-like right now. But you can think of use cases in different countries and different places where it can be more stable than the alternatives.”

The anonymous organisation Unknown Fund has announced that it intends to invest and donate $75 Mn in Bitcoin to startups which directly or indirectly support the idea of anonymity. Preference will be given to the following niches: protection of personal data, tools for anonymity, cryptocurrency and blockchain.

The organizers of the fund are ordinary, anonymous people from different countries who met on the 4chan English-language imageboard. In a press statement, the representatives said,

“We are you, we are your sons and daughters, brothers and sisters, friends and colleagues. Our ranks consist of representatives of many countries and nationalities, united by a virtual comradely spirit and the belief that we are fighting for the good of many, and not for the benefit of some. Anonymous is the voice of those who believe in truth, freedom and the right to self-expression.”

The Unknown Fund sees the protection of personal data as one of the main challenges for modern man. The use of data has already become a powerful tool for manipulating people. The effectiveness of this tool is both amazing and frightening.

Using as examples the ultra-targeted advertising used in Brexit campaigns and in the last presidential elections in the United States, one can see how easy it is to manipulate public opinion with enough personal data. However, the manipulation of people occurs not only in big politics, but also in our daily lives, believes the Unknown Fund investors.