Cryptocurrency This Week: Indian Govt. May Regulate Bitcoin This Fiscal Year-End And More

Cryptocurrency This Week: Indian Govt. May Regulate Bitcoin This Fiscal Year-End And More

Important Happenings From The World Of Cryptocurrency, Bitcoin, ICOs And More [ 27 January - 3 February] 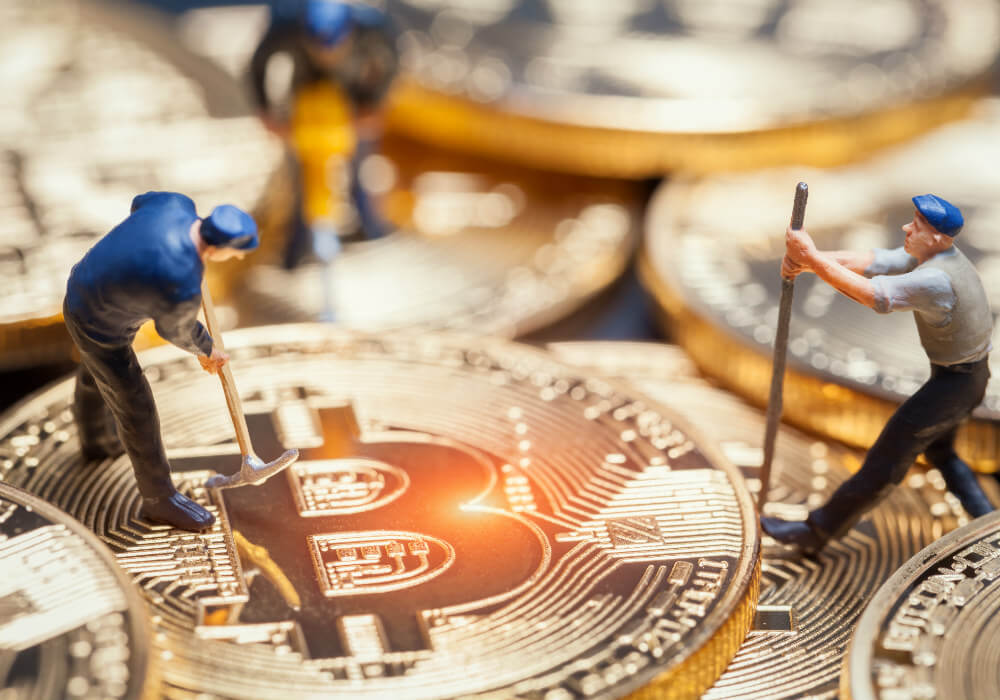 After having a monumental rise to $20K, Bitcoin’s honeymoon seems to be over. The dark knight is back to $9K. While some analysts term it further signs of ‘Bitcoin bubble’ getting burst some count it as the aftermath of Coincheck heist.

Whatever be the reason, Bitcoin market value has gone down by $80 Bn in the last one month.

Meanwhile, back in India, the Union Budget 2018 is being seen positively by the cryptocurrency community in the country. And, the government appears to be willing to regulate cryptocurrencies as crypto-asset, instead of currencies.

Indian Govt. To Take All Measures To Eliminate Cryptocurrency In Illegitimate Activities

In line with the previous moves, Finance Minister Arun Jaitley, while presenting the Union Budget 2018 today said that while the Indian government favours blockchain, it, however, will do every bit to stop Bitcoin and other cryptocurrencies trading in India in financing illegitimate activities.

Interestingly, Jaitley used the word ‘crypto-assets’ instead of ‘virtual currency’ which has been used by the RBI and the Indian government so far in their statements.

Despite the Indian government’s strict actions, many organisations and entrepreneurs are still looking forward to launching cryptocurrency exchanges in the country.

This can also be seen as a positive statement that if no black money is involved, the government might allow the cryptocurrency trade to continue in future.

Commenting over the Finance Minister’s statement, Blockchain and Cryptocurrency Committee of IAMAI stated, “This has been the position taken by almost all the governments around the world, and we regard this statement quite neutrally. It is our understanding that only currency notes and coins are legal tender. That doesn’t make any comment on the ‘illegality’ of other assets. It must be emphasized that gold, stocks, bonds, and other such assets are also not ‘legal tender’. To extrapolate that to mean that such assets are ‘illegal’ is irresponsible.”

It further said, “We understand the Government’s position in wanting to eliminate the use of crypto-assets as part of the payment system. Since we are committed to supporting every regulation that the government brings in, we will work with the Government to help it achieve its stated objective.”

Indian Govt. May Regulate Bitcoin By This Fiscal Year-End

The Indian Government will come out with a framework to regulate cryptocurrencies by the end of this financial year.

Subhash Chandra Garg, Secretary, Department of Economic Affairs, has recently stated, “We hope that within this year, the committee would finalise its recommendations and then it would require legal changes, regulatory assignments, but certainly there will be regulations by the end of this financial year.”

Amid more and more new crypto apps that offer JioCoin becoming available on Google Play, telecom operator Reliance Jio has clarified that the company has not launched any official JioCoin App.

On January 12, this year, Inc42 had reported that India’s fourth-largesttelecom giant Reliance Jio, a wholly-owned subsidiary of Mukesh Ambani led Reliance Group, might launch its own cryptocurrency dubbed as JioCoin.

Since then, a number of apps on Google Play have mushroomed marketing in the name of JioCoin.

In a statement, Reliance Jio has stated that there are no such apps (JioCoin) offered by the company or its affiliates/associates. Any such apps using the JioCoin name are fake and people are advised to refrain from dealing with any of them.

Recently, a number of companies such as Burger King, Kodak, Telegram, and Bank of England have either launched or have planned to launch their own cryptocurrencies.

Nischal Shetty, co-founder of Crowdfire, a social media management app for Twitter and Instagram, has announced plans to launch a new Bitcoin and cryptocurrency exchange WazirX. The platform will be launched in March.

As per a Medium post by Nischal, WazirX will be built as India’s most trusted bitcoin and cryptocurrency exchange.

On how he wants to make WazirX the most trusted exchange, Nischal told Inc42, “Transparency! I believe transparency brings in trust. We intend to be transparent about how we build the product, why something’s not working right, what coins to list, what features to build next etc. We want to be vocal about everything we do and involve our community to help us decide the way forward. For far too long, exchanges have been opaque, black boxes leaving crypto traders in the dark, not hearing them out. It’s time to change all that and bring in mass adoption of crypto in India!”

While cryptocurrency traders are in shock after Coincheck fiasco, unlike Mt. Gox, the Japanese exchange has stated that the company will refund 90% of the stolen coins using its own internal refunds.

The Bitcoin crime is not limited to cybercrime only, in Oxfordshire, UK, Bitcoin traders Danny Aston and Amy Jay were robbed at gunpoint earlier this week, reported The Daily Beast.

UK’s Financial watchdog Financial Conduct Authority has further warned the cryptocurrency traders that Bitcoin and other investments are being used to lure people into scams, according to The Independent.

As per the report, the FCA has said that a number of fraudsters are nowadays approaching people through various means promising high returns in cryptocurrencies’ trading. These merchandise/exchanges/people also entice people to bring more users; but, once the investments come, fraudsters do various tricks to steal people’s hard-earned money.

Back in India, the Indian government has now constituted another committee seeking regulatory framework guidelines over Bitcoin and other cryptocurrencies trading in India. Interestingly, the step has come at a time when the government has already likened Bitcoin or cryptocurrency to Ponzi schemes.  A change in stance?

Stay tuned to Inc42 for more news on cryptocurrencies, Bitcoin, ICOs and more!