Cryptocurrency This Week: IT Department To Send Notices To Bitcoin Traders, And More

Cryptocurrency This Week: IT Department To Send Notices To Bitcoin Traders, And More

Important Happenings From The World Of Cryptocurrency, Bitcoin, ICOs And More [ 17 December - 23 December] 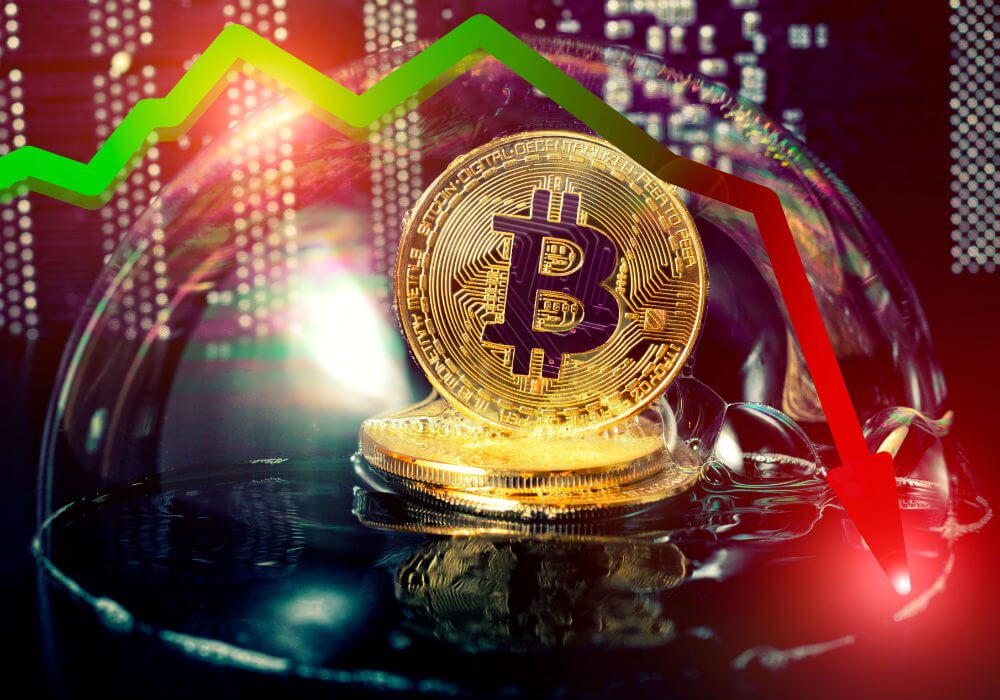 In Bitcoin this week, the Bitcoin enthusiasts are stunned over the increasing volatility that the cryptocurrency has shown this week. If on December 17, Bitcoin hit the peak price at $19,700, just two days later, the price plunged to $10,400. 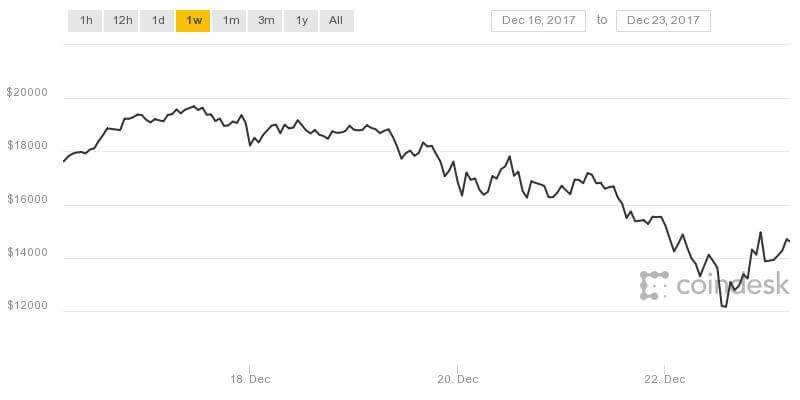 The price fall was so ‘unusual’ and a big disappointment for Bitcoin enthusiasts that Emil Oldenburg, CTO and co-founder of Bitcoin(.com), has sold all of his stock and purchased Bitcoin Cash. Perhaps, one of biggest victories of Bitcoin Cash community against Bitcoin!

Back in India, the Bitcoin picture is still unclear. While SEBI has made a remark over the Bitcoin regulation, the IT department is set to issue notices to over 500K Bitcoin traders across the country.

Bitcoin, since its inception, has pushed traders, economists, investors, developers and other players into an infinity war where people are still unclear about who will win. While the enthusiasts continue to promote it as a Hulk among all the cryptocurrencies, critics write it down as some ‘Thanos’ that will be ultimately ripped apart by the Avengers.

The week was in turmoil. What started with Mt Gox, which had lost 850K Bitcoins due to ‘hacking’, has become a trend now. On December 18, one of the South Korean cryptocurrency exchanges Youbit finally announced its shutdown due to hacking. Meanwhile, the Monetary Agency of Singapore has followed in the RBI’s footsteps, warning cryptocurrency users about the risk involved.

IT Department To Send Notices To 500K Bitcoin Users In India

Collecting over 2 Mn Bitcoin traders’ details from exchanges, the IT department in India is set to issue notices to around 400K-500K HNIs (high net worth individuals) for trading Bitcoins in significant numbers without paying any tax over the gains.

After Bitcoin traders, the IT department is now closely watching the ICOs developments in the country. Speaking to Inc42, a Direct Tax lawyer at the Supreme Court of India on anonymity said, “The IT department is currently suspecting most of the companies offering ICOs as shell companies. This is precisely because the valuation and investments made by these companies are highly debatable. The investments come under Section 56 (II), however, such companies or investors investing in terms of cryptocurrencies are not paying their taxes, as the valuation of many of these companies is not done by independent chartered accountants.”

The Bitcoin boom and the recent ‘bubble burst’ has finally succeeded to get the Securities and Exchange Board of India’s due attention. SEBI Chairman Ajay Tyagi has said that Bitcoins, and cryptocurrencies in general, cannot be ignored. Observing that cryptocurrencies have not posed any systemic risk to the economy, Tyagi stated that a government panel is currently looking into the much-debated topic of cryptocurrency regulation.

During a recent financial markets summit organised by the Confederation of Indian Industry (CII), Tyagi said, “On the issue of Bitcoins, the government is looking into it in consultation with the RBI and Sebi. The panel, also consisting of finance and information technology ministries, is looking into what to do about it.”

According to the Chairman of the market regulator, however, blockchain should not be lumped with cryptocurrency, which tends to be unstable with some even terming its increasing popularity as a “bubble”.

Andhra Pradesh-based Bitcoin India, a multi-cryptocurrency exchange and Bitcoin mining platform has reportedly locked out the accounts of some of its cryptocurrency traders. The traders were unable to access their accounts and money for more than a month.

Soon, after the news broke in the media, Bitcoin India’s MD SRK Reddy conducted an AMA session on Facebook responding to users’ queries. The company, in its press release, has requested its traders to beware of the fake news regarding ‘Bitcoin India lockdown.’

Addressing the media, the statement read, “Dear Channel/News broadcasters, before you repeatedly publishing FALSE news for the purpose of your channel TRP ratings, it’s minimum common sense to check whether the site that you are talking about is online or not, not just to blindly to publish fake news to fool the people.”

On the account-related issues, the company statement has stated that there were some technical issues that have been resolved, “We are glad to inform that we’ve successfully restored balances of the users whose accounts were showing zero balances after restoration (which are the accounts’ login got disabled for suspicious activities).”

South Korean cryptocurrency exchange has finally decided to shut down its operations completely, amid 17% loss in assets due to hacking allegedly by North Korea. The exchange in a statement posted on its website said, “Hackers stole about 17% of YouBit’s cryptocurrency in the attack, which happened at 4:35 AM. To minimize the damages to our customers, we will allow them to withdraw about 75% of their balance.”

South Korea, which is the third largest market for cryptocurrency trading in the world, handles 20% of the global transactions. To counter the increasing crimes, the South Korean government has established a new task force to regulate Bitcoin and other cryptocurrencies trading.

In spite of all the measures marked by cryptocurrency exchanges, there have been innumerable cases of exchange hacking since the Mt Gox fall. Recently, a Slovenia-based Bitcoin mining site NiceHash reported that almost 4000 Bitcoins worth $70 Mn have been stolen from its site. The website, since then, has shut down its operations and is currently investigating how the Bitcoins were stolen.

Founded by an ex-Goldman Sach’s employee Dan Morehead in 2013, the Pantera Bitcoin Fund recently released its returns in a letter sent to investors. The returns are simply eye-popping — 25,004%. According to the New York Times, the top performing hedge fund in the world last year returned 148%.

The Monetary Authority of Singapore (MAS) has released an eight-pointer notice cautioning all cryptocurrency users about the high-level risk involved in the trading. MAS has advised the public to act with extreme caution and understand the significant risks they incur if they choose to invest in cryptocurrencies. The authority has also clarified that cryptocurrencies must not be perceived as a legal tender since they are not issued by the government.

Amid 30% price plunge, Emil Oldenburg,CTO and co-founder of Bitcoin(.com) has sold all his stock and decided to go for Bitcoin Cash. Speaking to Swedish News daily Breakit, Emil said, “It is an extremely high risk. I’ve actually sold all my bitcoins recently and switched to Bitcoin cash.”

Bitcoin (.com) currently employs 60 people, and all the employees get their salaries in Bitcoins. While Emil has not revealed the number of Bitcoins he owned, he stated, “It costs a lot to transfer bitcoins to and from the stock exchanges. When I sold my BTC I had to pay 50 dollars and wait 12 hours for the transaction to go through because of this. It’s completely unreasonable. It’s a group of fanatic Bitcoin Talibans who themselves do not use Bitcoin every day to want it like this. They see Bitcoin-like digital gold and a technical experiment, not something you should actually use. It will never be a currency used in everyday life or for people who run companies.”

The Bitcoin fever might have slumped this week, but Bitcoin Cash, Ethereum, Ripple and other leading cryptocurrencies’ prices continue to surge. Jonathan Berr on CBS News averred that the fluctuation was driven by psychology and not by basic economics.

In other news, ironically, one of the world’s most iconic environmental organisations Greenpeace continues to accept Bitcoins, even though environmental activists term Bitcoin as a red currency that burns a lot of fossil fuel. It should be noted that Bitcoin mining costs electricity more than the consumption of power in 159 countries across the world.

Stay tuned to Inc42 for more news on cryptocurrency and ICOs!