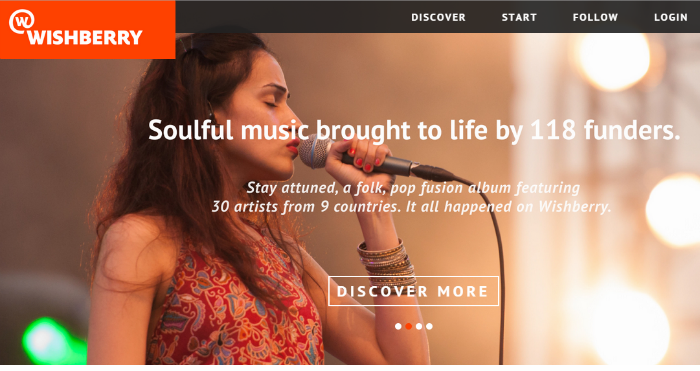 Out of this INR 4 Cr. funding, the startup has received a commitment of INR 1 Cr. from Navyug Mohnot, Deepak Goel, Dinesh Agarwal, Sunil Kalra and others during TIE THE KNOT, the live funding event organized by TiE Delhi at TiEcon 2014.

Anshulika Dubey, Co-founder, Wishberry said, “Wishberry is very crucial for creative projects as they need alternate funding routes. So, we looked for investors from diverse background.”

According to her, the company will use the funds to expand technology and marketing team. Besides, they will also invest in analytics on the psychology of giving in India. What emotional connect should be established to increase it, she added.

On the other hand, investors are also excited about this project. Musician Shankar Mahadevan said, “I am excited about finding the next generation of fantastic musicians and creating purposeful, inspiring music.”