Under its Accelerated Wealth Program, team members who have vested options as of October 31, 2021, will be eligible to participate and sell a portion of their vested shares in the buyback

On numerous occasions, CRED founder Shah has reiterated that sharing the wealth among employees will help startups in the long run — majorly hiring top talent 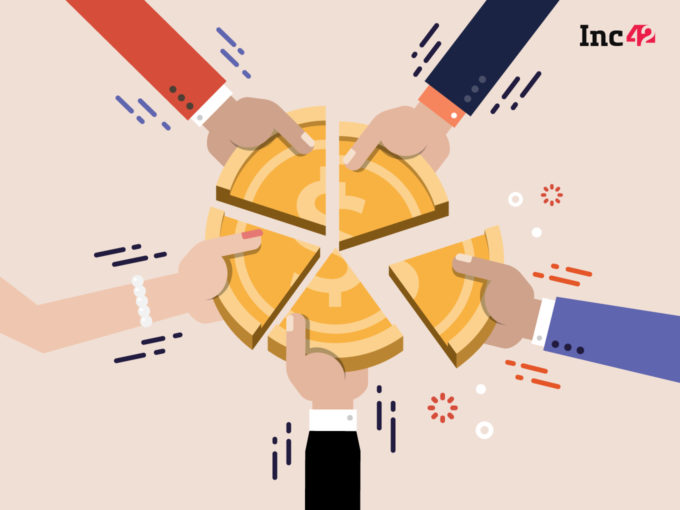 Member-only fintech and ecommerce platform CRED, has announced that its cumulative Employee Stock Option Programme (ESOP) buyback for the year will be up to INR 100 Cr.

Under its Accelerated Wealth Program, introduced in August 2021, it aims to reward its employees and help build wealth. According to the company’s newsletter, team members who have vested options as of October 31, 2021, will be eligible to participate and sell a portion of their vested shares in the buyback.

“Our growth over the past three years has been possible because of the collective conviction and contribution of the team. Rewarding the commitment of our team members involves providing them ample opportunities to create wealth — helping them realise financial goals and invest in their future,” the newsletter read.

On numerous occasions, CRED founder Shah has reiterated that sharing the wealth among employees will help all kinds of startups (early to late stage) in the long run — majorly hiring top talent. 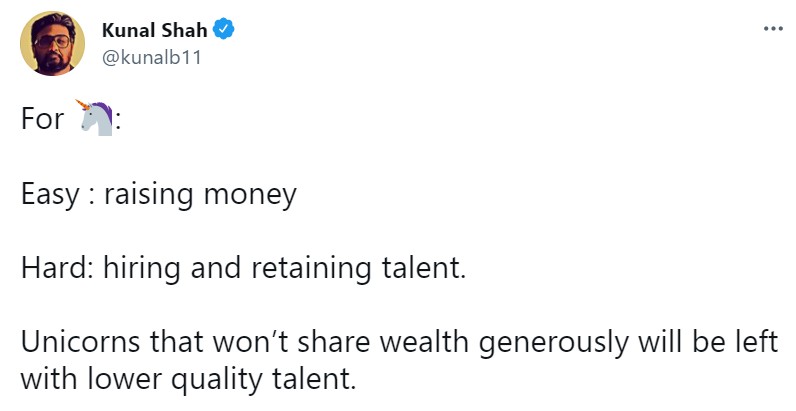 True to his ideology, CRED has been avidly allotting ESOPs, as well as providing buyback options. In January 2021, it had completed an ESOP buyback worth INR 9 Cr ($1.2 Mn) post its $81 Mn Series C fundraise. At that point, it had allocated 10% of the fundraise for ESOPs, citing its commitment to enable wealth-creation opportunities for the team.

Post its Series D round, CRED offered another ESOP buyback opportunity, with a cumulative value of $5 Mn.

ESOPs are becoming a popular tool among startups looking to hire and retain the best talent. Recently, social commerce platform Meesho announced an ESOP program worth $5.5 Mn. Before that, IPO-bound ecommerce platform Snapdeal increased its ESOP pool by 151% from 1.98 Lakh to 5 Lakh options.

Earlier this year, another IPO-bound unicorn, Ola expanded its ESOP pool to INR 3,000 Cr. It also allocated an additional INR 400 Cr worth of stocks to reward its “high-impact” employees. Other startups that have introduced ESOP buyback programmes this year include Razorpay, Zetwerk, Browserstack, Pharmeasy among others.

Founded in 2018 by Shah, CRED offers premium credit card users rewards and benefits for paying credit card bills. Some of its products also include ancillary services built around its primary ecosystem of credit card-centric services.

In early 2020, it had launched Rent Pay, a service enabling users to pay their monthly rent through credit card. Later, it forayed into ecommerce with CRED Store, where consumers could buy products from Indian and international D2C brands and FMCG companies.

It also launched its digital payment that would convert CRED reward coins across ecommerce sites to shop and unlock discounts. Recently, it also ventured into peer-to-peer (P2P) lending with a community-driven product — CRED Mint. The startup stated that it would enable members to earn interest on idle money by lending to other high-trust members.

The fintech unicorn had previously projected a 208X growth in its operating revenues in FY21 to INR 108 Cr, but it is yet to file profit and loss statements for the year ended March 2021.

In FY20, CRED posted operating revenue of INR 52 Lakhs. The company made more revenue from interest on fixed deposits and current investments than actual revenue from operations. Its total expenses stood at INR 378.39 Cr, an increase of 492% from FY19 when it recorded expenses worth INR 63.90 Cr.