The government has announced lockdown of 21 days across the country 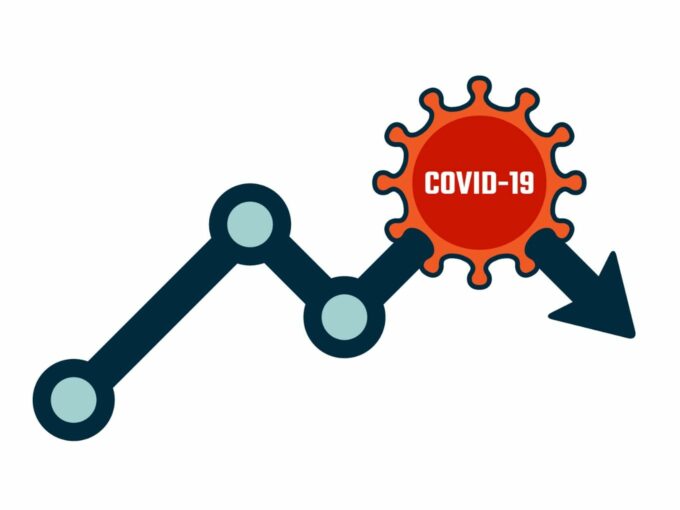 India is under lockdown and some amount of panic has hit consumers as they throng the markets to prepare for the 21 days ahead. Beyond this panic, the big question for startups is keeping business running with all offices having to down their shutters temporarily. While many had already decided to continue with a remote team last week, the question now is whether some of these startups have their runway secured as the economic impact of the lockdown and the coronavirus pandemic is expected to last over next few quarters.

With allowing work from home for employees, startups are ensuring the business keeps running as smoothly as possible given the circumstances. But the tougher part is to securing a runway till things tide over. Given the circumstances, we can already see a declined in funding deals.

DataLabs by Inc42 in its Business In The Times Of Coronavirus: India And The World report noted that the fall in funding deals has become more evident since February and has shown a downward trend in the last few weeks. The volume of funding deals in the first two months of 2020 was much higher compared to the same period a year ago.

In January-February 2020, the total number of deals stood at 154, up 29% compared to 119 a year ago. Despite this good start, factors such as pandemic-related travel restrictions, lack of in-person meetings and general panic in the market have impacted the frequency of deals. 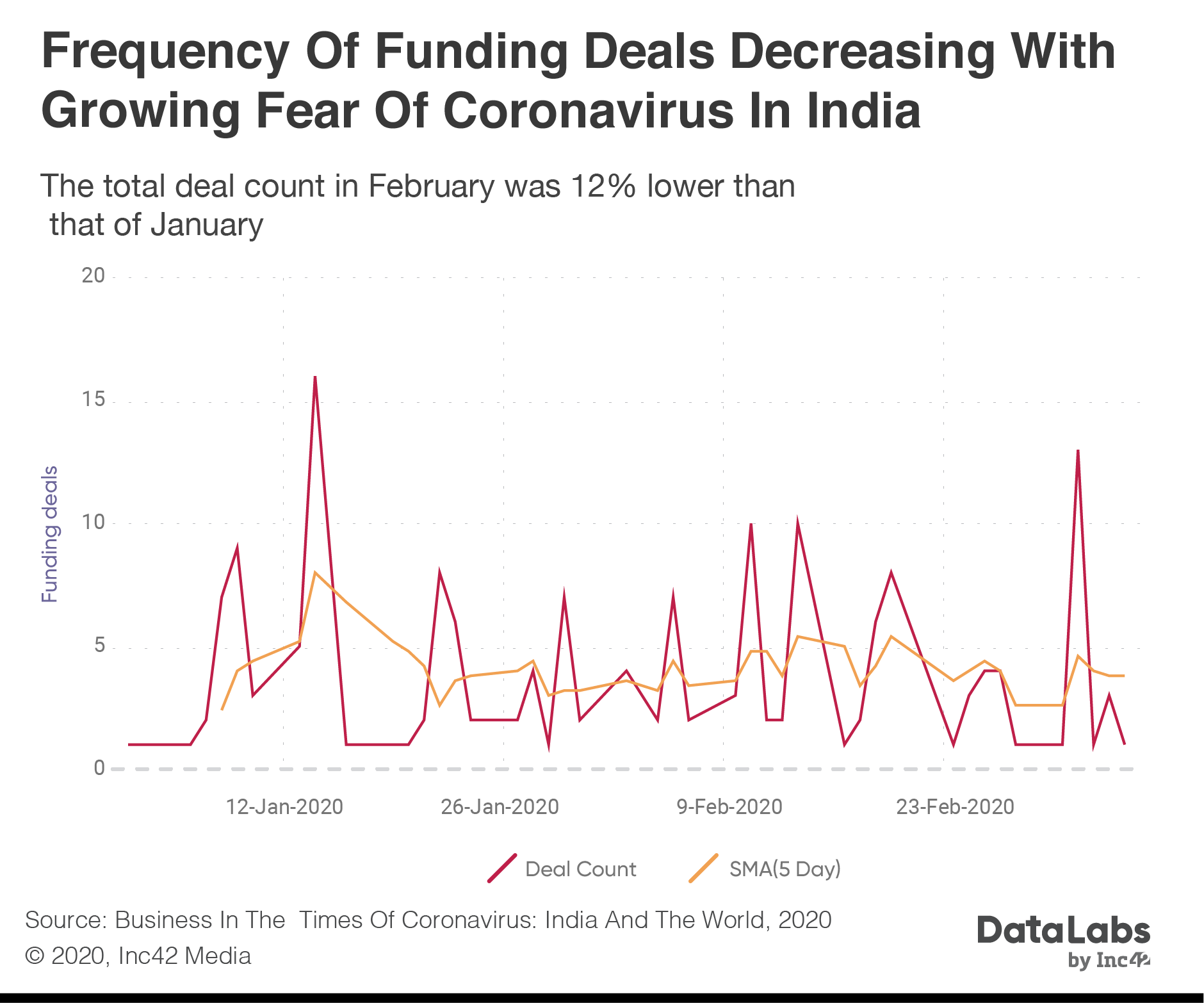 Among the primary stages of startup funding — seed, growth, late and bridge — the most impacted have been growth (Series A and B) and late (Series C and above) stages. Given that high-value deals are largely dependent on physical meetings, growth-stage startups have not been able to close out on existing talks or begin new ones.

Some of India’s leading venture capitalists also believe that while Series A and above startups are expected to be hit the most, early-stage startups which usually depend on angels and smaller funds may not face many troubles. VCs also emphasised that sustainable businesses won’t face issues in raising funding, but those with high cash-burn may not be propped up any longer by investors.

Venture Catalysts cofounder and president Dr Apoorv Ranjan Sharma estimates that the market situation and the impact of Covid-19 could last for the rest of the year. “We do not expect any big-ticket announcements for at least 6-12 months as small and large startups, depending on the sectors they are present in, are expected to cut down on their expenses massively to stay afloat,” he told Inc42.

In a similar vein, Siddarth Pai, founding partner, 3one4 Capital said that he doesn’t see much impact on early-stage startup funding as the team and product development need not be fleshed out or could still have gaps, as long as the idea or vision or market-fit is right. The real problem, Pai said, would be for startups that have raised Series A and above rounds, since here investors would need to probe the team fairly closely. Besides, beyond Series B, the funding rounds involve multiple face-to-face meetings and due diligence on both investors and business side. So these will definitely be hit, Pai reckoned.

“There are already reports of some of the big investors putting on hold their investment plans for the time being. Big rounds of investment take time to fructify and cannot be closed without meeting the cofounders in person,” Sharma added.

Pai said that it’s going to be important for Indian investors and entrepreneurs to start scouting for different sources of capital in the domestic and local markets for continuity since foreign capital will be a challenge due to the pandemic.

On the other hand, Lightbox partner Prashant Mehta believes that VCs and PEs may take a little breather to analyse the impact of coronavirus, which would extend turnaround time. But he’s certain that companies with strong business principles, unit economics and growth will be able to raise capital from domestic investors, while those who chase growth for valuation and funding, may face troubles.

India’s well-funded startups should have a decent runway for well over a year. However, many consumer-facing businesses have had to pay through their nose to acquire and retain users through advertising and discounts. These startups might have a tough time sustaining themselves in this lean period.

“Any startup that has less than 6 months of runway would have difficulties as the VCs would start asking for results. However, given the current situation, which was not anticipated at all, we expect that the VCs would show some patience while dealing with their portfolio companies,” VCats’ Sharma said.