BJP and Mike Bloomberg are Facebook’s biggest political advertisers in India and US, respectively 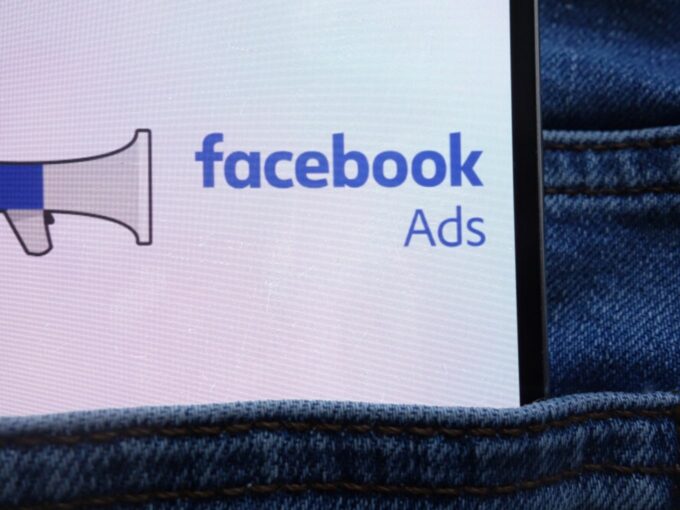 After weathering barbs for its willingness to show all types of political advertising to its billions of users across the World Wide Web, Facebook, which has been accused of spreading political misinformation online, has now come up with its own quirky solution: leave it for users to “turn off” political ads.

For now, the feature which has been made available on Instagram too, will be available to users in the US, which is going to polls to elect its President in November. However, the option will be made available in other countries only later this year.

Naomi Gleit, VP of product management and social impact at Facebook, said that the feature will only be available in countries where Facebook has enforcement on political and social ads.

In India, Facebook started enforcement of its advertising transparency policy on February 21, 2019. Under this, it added “paid for by” and “published by” labels as well to bring in transparency in political ads.

The company, in a blog post, highlighted that users will be able to turn off ads about political, social and electoral issues from political candidates, super PACs and other organisations who have a political disclaimer on them. Besides this, Facebook has also expanded its “paid for by” label to shares and has included US House and Senate political ads to the Ad Library.

Last November, microblogging platform Twitter banned political ads on its website globally. This included any content that has reference to the candidate, political party, elected or appointed government official, elections, referendum and judicial outcomes, among others.

Zuckerberg had then said that he doesn’t agree that private companies had the right to censor politicians or the news. “Although I’ve considered whether we should not carry these ads in the past, and I’ll continue to do so, on balance so far I’ve thought we should continue,” the 36-year-old cofounder of Facebook said.

During the conference call with financial analysts to discuss Facebook’s third-quarter earnings, Zuckerberg highlighted that political ads will make less than 0.5% of the company’s revenue next year. Considering Facebook earned $66 Bn in 12 months ending Q3 2019, politicians ads may add over $330 Mn to $400 Mn by next year.

According to the Facebook Ad Library report India, the Bharatiya Janata Party (BJP) leads overall spending with 2,667 ads amounting to INR 4.50 Cr between February 2019 to June 15, 2020. It’s followed by Congress with 3,700 ads costing INR 1.83 Cr during the same period. Overall, Facebook has earned INR 52 Cr through 368K political ads on its platform in India since February 2019. In the US, Facebook had earned $1.422 Bn through 8 Mn ads. These include ads about social issues, elections, or politics as well.

American businessman Mike Bloomberg has spent $63.3 Mn in 181K ads in the run-up to the Presidential elections between May 2018 to June 15, 2020. He dropped out of the presidential race in March 2020. He is followed by Joe Biden with $19 Mn spendings across 15K ads. Other presidential candidates Tom Steyer comes next with $21 Mn ad spends across 9K ads. 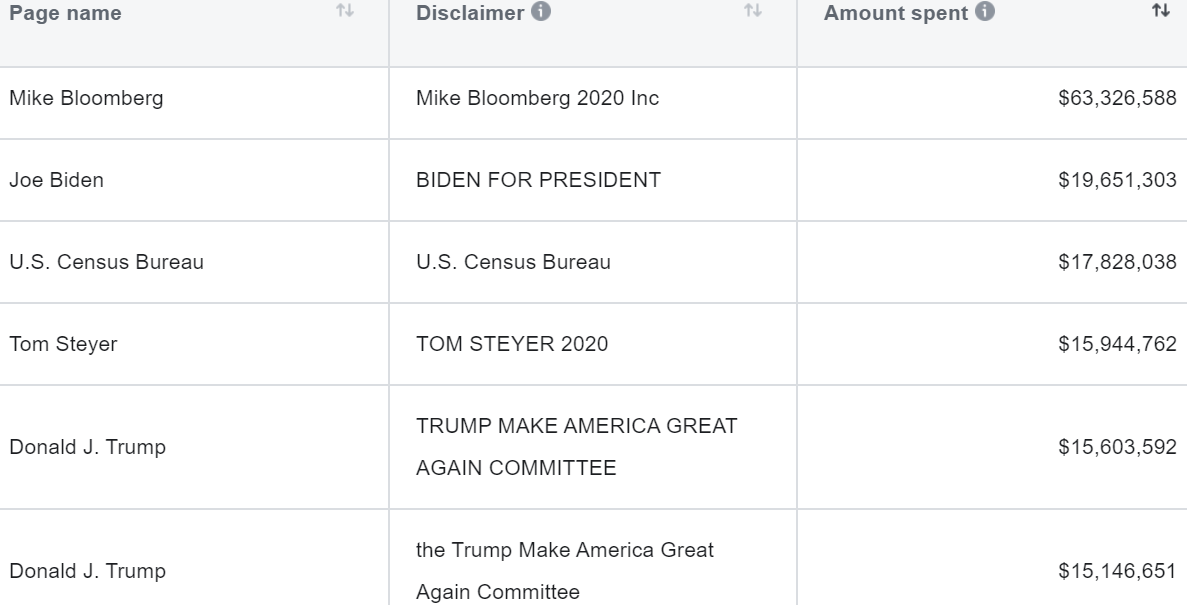