Barely two months after fashion e-tailor Myntra made headlines by announcing to go app-only, parent company Flipkart looks set to follow the same route. In response to a report cited in the TOI which stated that company’s chief product officer Punit Soni addressed a town hall meeting last week and announced Flipkart’s plans to operate only as a mobile app from September, the ecommerce giant hasn’t ruled out the chances.

A company spokesperson stated, “India is gradually transitioning from a mobile first to a mobile only country. At Flipkart, we have been following a mobile first approach and 70-75% of our total traffic is already coming from our mobile app. We are constantly experimenting with various aspects of our service to create the best shopping experience for our users on our app. Meanwhile, we continue to offer both desktop as well as mobile option for our customers.” 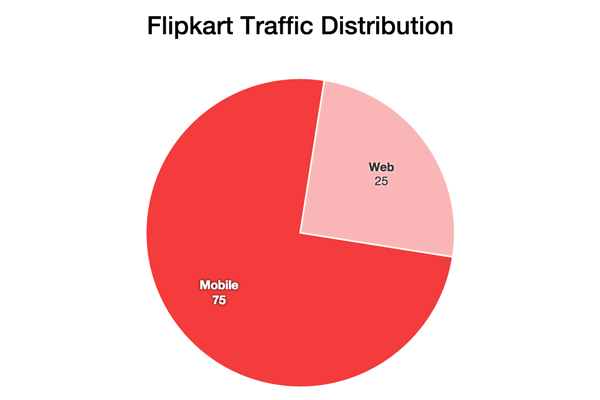 The announcement is not much of a surprise given its unit’s Myntra’s decision to go the app-only way two months ago. Though the move had received mixed reactions, Myntra was convinced that mobile only was the way forward for the future of ecommerce in India.

Mukesh Bansal, CEO of Myntra and head of commerce for Flipkart, while announcing the move, had stated, “Fashion is a personal experience. We believe that only mobile can truly deliver this experience as it captures the user’s lifestyle and context in a manner that no other medium does. Think of all the hardware and software features that one can leverage, like the camera, contacts, location etc. to understand the user’s context and deliver the experience that is deeply personalized.”

At the time of shutting down its desktop site, Myntra had stated that 95% of internet traffic comes through mobile and 70% sales are generated through smartphones. Initially, the fashion unit lost about 10% of its sales when it switched to the app model. However in the succeeding months, Myntra says more than 9 Mn users have downloaded the app so far. In the next three to four months, it is aiming for another 5 Mn app downloads. 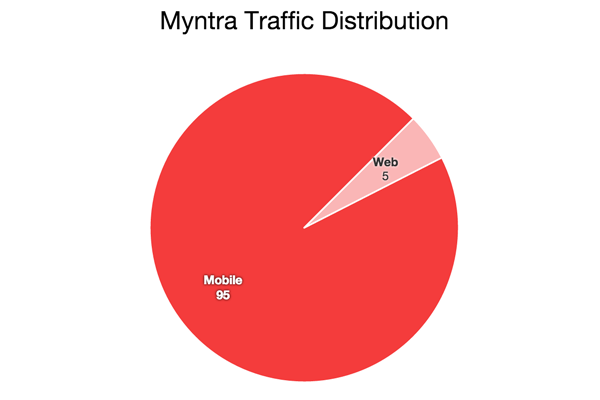 Hence it is not wrong to say that Myntra’s decision kind of paved the way for Flipkart to follow suit. Both the players had shut down their mobile sites at that time. In April this year, Flipkart had hinted at such a move in within a year itself.

Michael Adnani, vice-president, retail and head of brand alliances, Flipkart, had stated, “Last year, we had more on the app, but still did our web and desktop. In the next year or so, we’re going to be only mobile. A year ago, 6% of our traffic was coming from mobile. In less than 18 months, that traffic is 10-fold. That shows the significance of what a mobile phone is doing for the consumers and consequently doing for us.”

After Flipkart had already shut down its mobile website, users had to compulsorily download the app to browse through the ecommerce site on their smartphones. The company garners 10Mn daily visits from around 45Mn registered users in total and does about 8Mn shipments a month with two-thirds of its online traffic coming from users in small cities and towns.

The reasons for going the app-only way for both Flipkart and Myntra are quite clear. Both of them are banking on the growing popularity of mobile ecommerce as smartphone penetration increases in India. Smartphone shipments have increased eight-fold in just three years with 80Mn last year, from 10Mn in 2011. Smartphones will lead the way to access the untapped rural areas where most of the users will access the internet for the first time through their phones.

Most of the growth is expected to be propelled via tier 2 and tier 3 cities which do not have as much access to desktop computers as to mobile phones and the mobile internet. Hence Flipkart’s app-only direction assumes larger significance in these places where most people don’t own desktop computers and have limited access to broadband. A report by Morgan Stanley also indicates that Indian online shopper penetration will increase from nine percent in 2013 to 36 percent in 2020, and will be primarily led by mobile users. 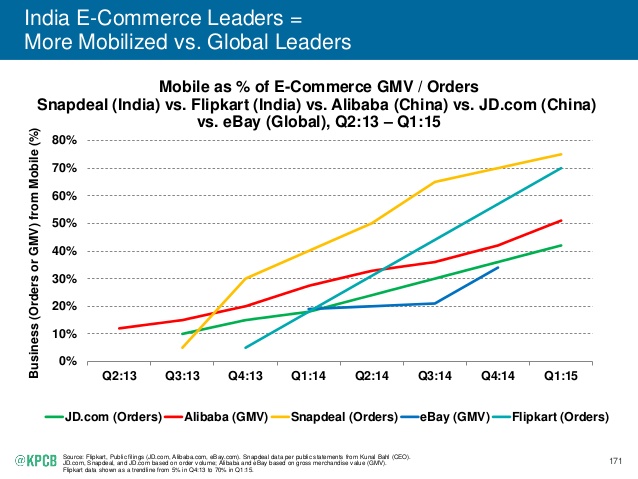 Coupled with that is the fact India is now the third-largest Internet market in the world with more than 243 Mn users, behind China and the US in that order. Boston Consulting Group expects more than 580 Mn people in India to use the Internet by 2018, with about 70-80% of them accessing the web on mobile phones.

Hence it’s a no brainer that with the rise of affordable smartphones in the country, the traffic through mobile is bound to increase further, boosting ecommerce, and thereby reaffirming Flipkart’s app-only strategy. A joint study by Assocham and Deloitte states that global ecommerce sales made through mobile devices are expected to cross $638Bn by 2018.

Another major reason for the two ecommerce players to push their apps is the fact that it is only through their apps that they can give a highly personalized experience to their shoppers. Apps enable companies to advertise and target to customers more accurately than websites, collect more detailed user data and potentially augment customer loyalty. The app also allows e-tailers to create personalized shopping experiences for consumers by understanding their location, preferences and buying habits, something that’s not possible to do to the same extent on the web.

With the app, customers can stay logged in to Flipkart at all times. This helps them save time and get smoother and faster checkouts. The app is also designed to work relatively well even in low bandwidth conditions compared to the mobile site. To encourage more users, over the past few months, Flipkart and Myntra both launched initiatives to shift shoppers toward their apps, such as app-only discounts and offers.

Of course reading between the lines, it is clear that monitoring user behaviour is easier on an app than a browser, and is also a major motivation behind the move to force users to download the app. Push notifications, location intelligence all come into play with the app. Most people may not even be aware of the tracking permissions they give apps. Though there is an initial backlash against forcing users to download the app, however  compared to the aforementioned advantages, Flipkart and Myntra are sure that that the downsides will be marginal.

Also, given the huge number of users who have gotten used to shopping at Flipkart, shutting its desktop website so as not deploy too many of its resources on a medium which is fast being outdone by others, seems a saner way to go about business.

For most start-ups, shutting off mobile or desktop websites is not a feasible option, because their apps are struggling for attention on app stores as well as competing for space on a user’s phone. But the huge number of users at Flipkart and Myntra give the two players a reason to think that majority of those who have been visiting the websites will simply switch over to the app.

Of course for many Indians, it might seem like an abrupt shift rather than a gradual one as not every internet shopper is absolutely convinced to completely forsake shopping from their desktops and switch over to apps.

Directing the entire user traffic on the mobile app could have its disadvantages in the short term resulting in loss of users initially to other ecommerce sites such as Amazon and Snapdeal. In a market as competitive as India, it is far from clear whether Flipkart can afford to lose any kind of sales, however marginal, to rivals by abandoning the desktop user. However, given the changing trends of ecommerce in India, it looks to be pretty sure footedly heading in the right direction.