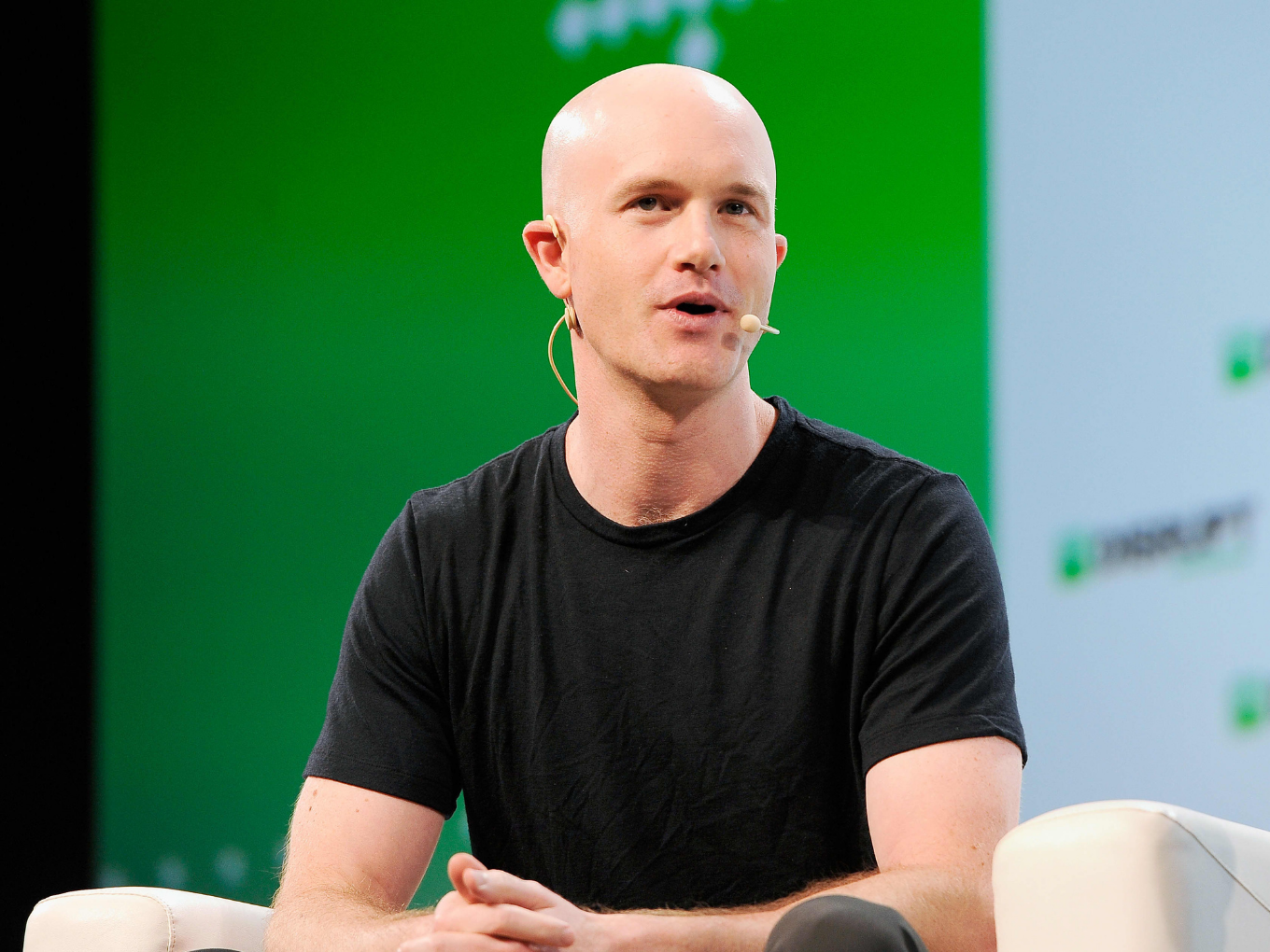 Brian Armstrong has asked in a tweet if the “shadow ban” by RBI, NCPI is violating an earlier Supreme Court ruling

In 2020, the Supreme Court of India struck down RBI’s banking ban on crypto

Amid the ongoing controversy around restrictions on crypto trading in regard to payment methods, Coinbase cofounder and CEO Brian Armstrong has has asked if the “shadow ban” by the Reserve Bank of India (RBI) and the National Payments Corporation of India (NPCI) is violating an earlier Supreme Court ruling. 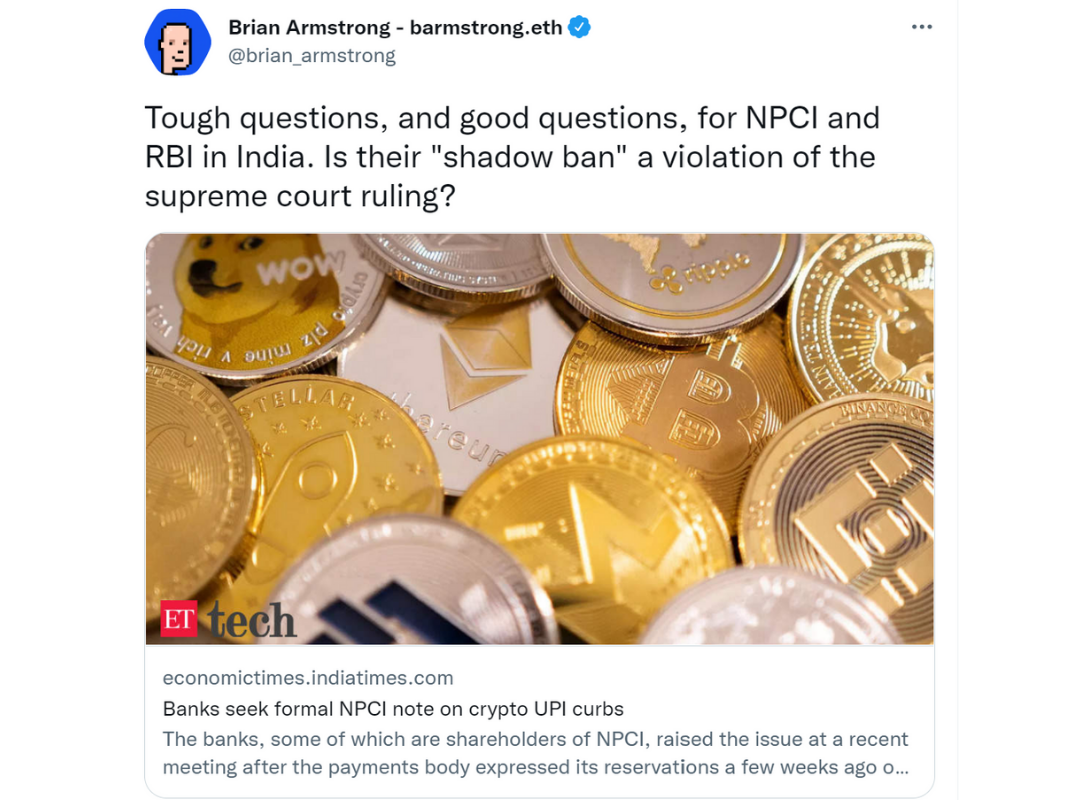 In 2020, the Supreme Court of India struck down the Reserve Bank of India’s (RBI) banking ban on Bitcoin and other cryptocurrencies.The apex court ruled that the RBI circular dated April 6, 2018, which virtually banned cryptocurrency trading in India, is illegal.

The RBI directed that all entities regulated by the bank to not deal in virtual currencies or provide services to businesses or individuals facilitating exchanging or trading of cryptos.

After the judgment was passed, crypto industry heaved a sigh of relief. The last one and a half year, especially the entire 2021 saw an unprecedented growth of crypto in India. Despite regulatory uncertainty, the Indian crypto industry mined two unicorns – CoinDCX, CoinSwitch Kuber.

At a moment when the industry was expecting to go more mainstream in 2022, the regulatory hurdles once again struck the industry. With a new tax rule that mandates a tax rate as high as 30% for profits from crypto transactions, the leading crypto exchanges were struggling with a decline in trading volume.

Worsening the situation, the payment mechanism issue hit the industry, leading to much lower trading volume. Considerably, the Unified Payment Interface (UPI) fiasco started after a Coinbase announced that the exchange would support UPI payments.

Soon after Coinbase’s announcement, NPCI issued a statement on the issue saying, “With reference to some media reports around the purchase of  cryptocurrencies using UPI, National Payments Corporation of India (NPCI) would like to clarify that we are not aware of any crypto exchange using UPI.”

As the statement came out, all major crypto exchanges in India also disabled INR deposits via UPI. In addition, major Indian banks also stopped all netbanking options for crypto transactions.

However, since then the situation has not improved as there has been no official statements either from RBI or NPCI on the issue. Recently, the leading banks reportedly asked for a formal directive from NPCI on the curbs on using the UPI payment method for buying and selling virtual digital assets. It is unlikely that NPCI would issue any such circular soon.

During the April 7-14 period, the trading volumes of the exchanges declined by nearly 60% on an average as compared to the pre-tax days.

Although the Indian government introduced the new tax rules for crypto in the February budget session, the government has not made its position clear on the legality of crypto in India as the industry is still awaiting the crypto-token regulation bill.

Meanwhile, Finance Minister Nirmala Sitharaman said on Thursday that India will not rush into any decision over cryptocurrencies and other virtual digital assets, but will take an informed decision.