Codemojo To Unveil Global Reward Points Network Based On Blockchain; To Issue ALLOY Tokens In Pre-ICO Next Month

Codemojo To Unveil Global Reward Points Network Based On Blockchain; To Issue ALLOY Tokens In Pre-ICO Next Month

Customer engagement platform Codemojo is unveiling a borderless, easy to use, global rewards network to mobilise $360 Bn worth rewards points that go unredeemed each year. Based on Blockchain and Ethereum, the platform will consist of a global rewards catalog connecting brands, publishers and consumers, enabling users of partnered brands and publishers to link, combine and convert all their reward points to a local fiat equivalent. This in turn, can be redeemed against listed products and services from other partnering brands. ALLOY Tokens will be the anchor currency for the entire ecosystem or the medium of exchange in conducting any transaction on the Global Rewards Network.

The startup’s pre ICO for ALLOY Tokens will commence on 15th October while the main ICO will be on 25th November this year.

Co-founder Vijaykrishna Ramanathan told Inc42, “The overall thought process is that we all sign up for reward points at one point or the other. But a lot of points remain unredeemed. So this is a non-profitable asset to you as well as to the brand because it is a liability in their books. We are in the customer engagement space from 2015 onwards. What we realise is that everyone starts with a big vision but it becomes a hassle to manage this program. But Shopper’s Stop has been doing it for 10 years and has done it very well. Similarly, Jet Airways have formed a separate company Jet Privilege and done it well. So our proposition is how to enable new brands to give value to their customers and it should be a value addition for them too.”

Secondly he added that the major thing in this rewards ecosystem is that everything is geography specific. Thus auditing and tracking becomes a problem for businesses to allow cross border redemptions. It is this problem which Codemojo wanted to address.

Simply put, the borderless, global rewards network will allow a user to redeem a cup of coffee at a New York City Starbucks if one wishes to just by participating in the network.

Founded by Shoaib Mohammed and Vijaykrishna Ramanathan in 2014, Codemojo pivoted from their earlier model of D-Rewards – a customer engagement platform that uses gamification, reward and loyalty points to bring consumers, publishers and brands together. In September 2016, it had raised an undisclosed investment from CIO Angel Network in a round led by Sanjay Mehta and Manoj Chandiramani.

Codemojo already has an existing rewards network and partnerships in place with some 6 Mn active users. Hence the founders thought to upgrade the existing system to make it a cross border redemption catalogue. This would ease things for the user as well as the brand as now idle points become truly fungible.

Thus the startup toyed with the idea to mobilise the unredeemed reward points among brands, consumers, and publishers (such as Times Points – Times Network Loyalty Program) in a simple platform backed by Blockchain, abetted by its own cryptocurrency ALLOY. Based on the Real-time Points Adoption & Conversion (REPAC) technology powered by Blockchain, the platform will enable local Fiat transactions between parties making it frictionless for all businesses, thus making possible cross border redemption of reward points in a simple mobile app integration. As per the startup’s claims, 48 Tn reward points are sleeping or unutilised on member accounts at a perceived value of $360 Bn. 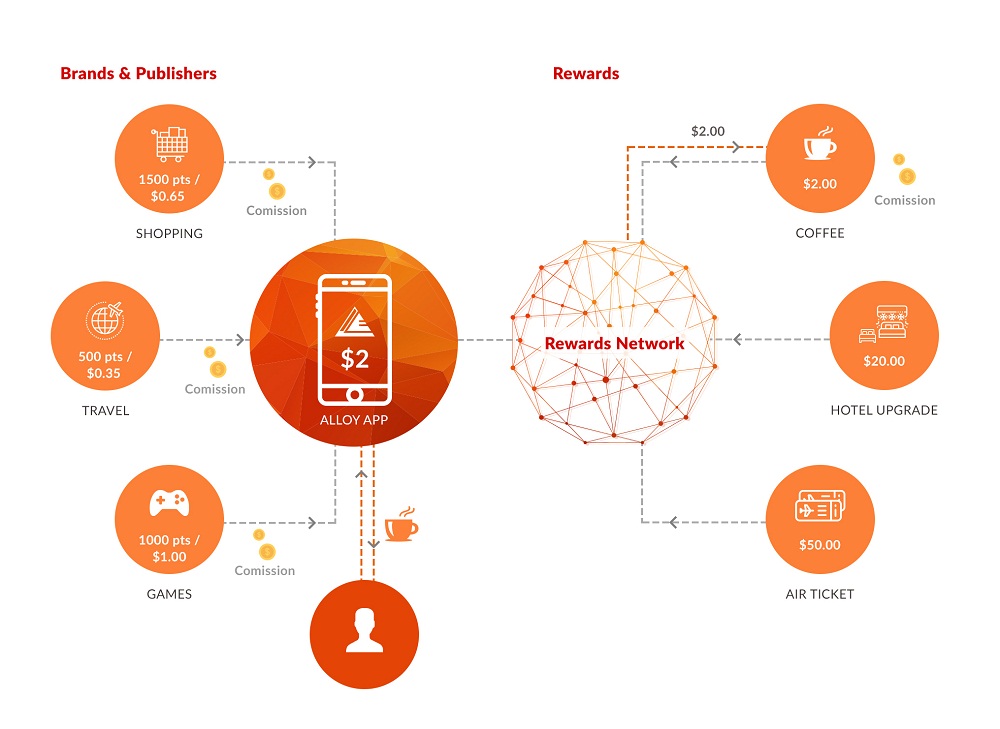 Users can simply download the ALLOY app, link their rewards account to it, and will see a list of brands that CodeMojo partners with. Once a user links his account, he will see the cumulative value of the rewards points he has. One can redeem those points now in any country after choosing a partner in the rewards network and redeeming through a simple QR code. So consumers don’t need to know the ABC of Blockchain to use the app. In this direction, Codemojo has already identified 700 international partner brands that are part of different coalition programs to list on the network.

Vijay reveals, “The Blockchain we are building is on top of Ethereum and it has smart contract features. Smart contract makes it easy for you to sign up and set up a contract on the go. Thus it enables to create a large decentralised network and that’s why we chose Blockchain as a building point.”

Currently, ALLOY has been pegged to Ethereum, with one Ethereum pegged to 575 Alloys. Hence at the current market price of Ethereum, the pre ICO will range upto $3 Mn and in the main ICO, Codemojo hopes to raise upto 86,956 ETH or $23 Mn. The alpha version of the ALLOY app will be ready after the ICO with the rollout planned in the beginning of first quarter of 2018. 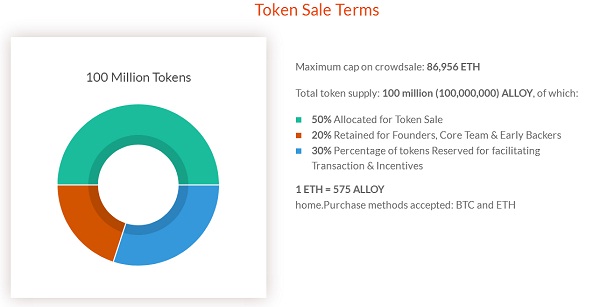 By the 2nd quarter of FY 2018, Codemojo plans further expansion of ALLOY to US, Japan, Brazil, Korea and other countries and development. With this global rewards network program, Codemojo is hoping to solve the problem of unredeemed reward points using the latest technology on the block viz Blockchain. While the proposition has immense potential to unlock value for both users and brands, it will be interesting to see how successful it is in convincing users and brands alike about the possibility of redeeming points globally through a simple mobile app.