With this, total funding raised by Vedantu has crossed $200 Mn 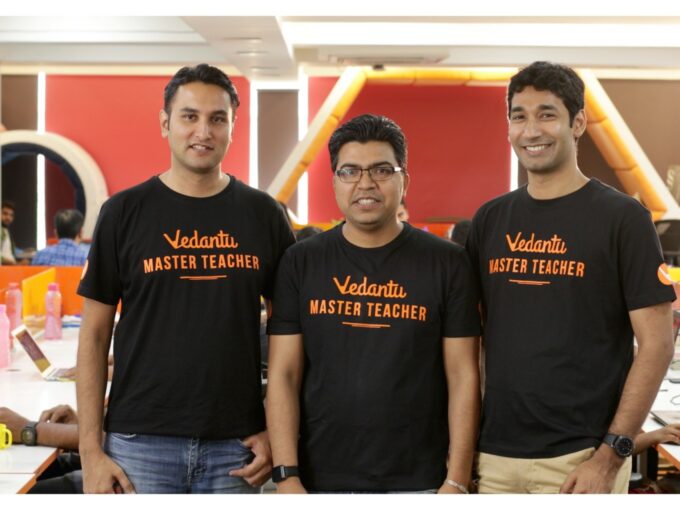 The company claimed that with this round, the company has been valued at $600 Mn. Till date, the company has raised over $200 Mn from investors like Legend Capital, GGV Capital, Omidyar among others. The Rainmaker Group acted as the exclusive financial advisor to Vedantu on their fundraising.

Vamsi Krishna, CEO, and cofounder, Vedantu said that the company will add new categories and invest in content and technology towards live teaching-learning experience.

Founded in 2014 by Vamsi Krishna, Anand Prakash, and Pulkit Jain, Vedantu is an interactive online tutoring platform that enables teachers to provide tuitions to school students over the internet. The edtech startup uses a proprietary real-time virtual learning environment named WAVE. The startup says that WAVE has come up with more than 70 parameters that facilitate the whole learning process.

Vedantu said it has recorded a growth of 220% during lockdown with more than 2 Mn students attending live classes and teachers delivering 8 Mn+ hours of LIVE classes. During the pandemic, Vedantu has entered the early learner segment with the launch of its coding program for 6-12 years called Vedantu SuperKids.  The company has plans of launching more programs in this category.

Vedantu had earlier highlighted that it usually adds over 50K paid users on its platform annually. However, the company has added 100K new users within 10 days of April, since lockdown happened. Besides this, Vedantu is also noting a 42% user stickiness on the platform, compared to 54% of paid users. The company also noted that there has been a high session attendance of 70% from the free users.

In the previous funding, Vedantu had specified that the company will expand into new categories such as tutoring for students studying in kindergarten to fifth grade. “We are gearing to invest in the brand and entering very strongly in new categories of age group 4-10 years beyond current customer segments,” Krishna had said earlier.

Rahul Kishore, Managing Director, Coatue said, “Online learning adoption in India is at an all-time high setting a new benchmark for the rest of the world. As we continue to focus on driving high-growth ventures, our investment in Vedantu marks our entry into the Indian edtech market.”

Moreover, in the recent situation, most of the edtech platforms like Vedantu, BYJU’S, and Unacademy, among others have witnessed a massive surge in new users by offering their products for free. According to DataLabs By Inc42, the Indian online learning market is expected to be worth $1.96 Bn by 2021. According to the report, before Covid-19 lockdown, seven out of 10 top edtech players were focussed on school-level online learning. Vedantu, LearnCBSE, BYJU’S, Toppr, Tiwari Academy, Meritnation and Gradeup collectively captured 51.25% of the traffic share.

According to DataLabs’ ‘The Future Of India’s $2 Bn Edtech Opportunity Report 2020’, capital inflows into the test preparation and online certification segments are comparatively higher. Together, these two make up for 88% of the total funding in edtech startups.
facebooktwitterwhatsapp