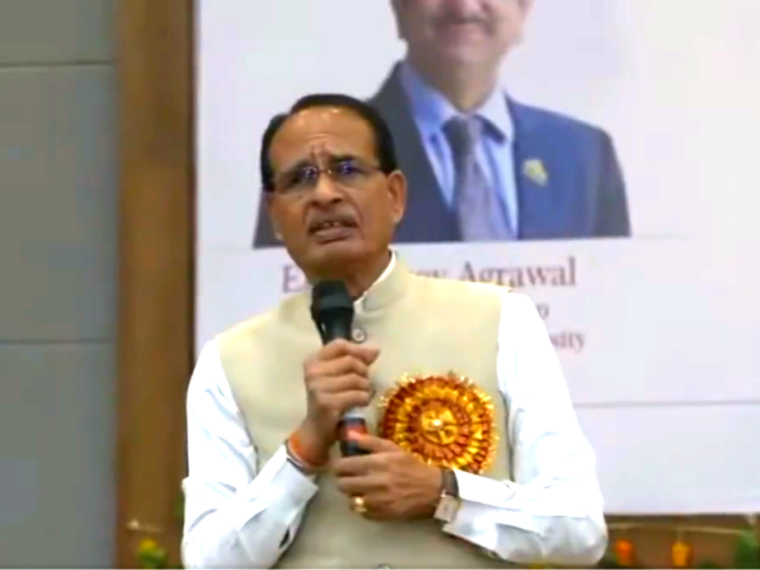 Chouhan stated that by establishing their own startups, youth will be able to create employment for themselves as well as for others

To help students get employment following their graduation, the Madhya Pradesh Government has invited big companies such as TCS and Infosys to set up their campuses in the state

Madhya Pradesh CM Shivraj Singh Chouhan has asked the youth to set up their own startups rather than making efforts to get employment while speaking in an event recently.

Chouhan informed that the state government will guide and support the youth in this endeavour.

In an event, Chouhan addressed the youth saying that new industries are currently established in Madhya Pradesh. There are immense employment opportunities for them and they should move towards setting up their own enterprises by implementing new ideas.

The minister stated that by establishing their own startups, youth will be able to create employment for themselves as well as for others. This move will also be helpful in establishing Atmanirbhar Madhya Pradesh.

The minister also talked about Mukhya Mantri Udyam Kranti Yojana which offers loans up to INR 50 Lakh to self-employed youth in the state. Under the programme, a provision of a 3% subsidy will be offered for seven years on interest. Furthermore, the state government would provide guidance to youth for self-employment and land would also be provided, if required.

These announcements come after PM Narendra Modi launched Madhya Pradesh Startup Policy and a new startup portal in the state’s Startup Conclave, a week ago.

The Madhya Pradesh startup policy offers concession on stamp duty for business registration besides discounts, and financial assistance along with program planning, lease rental, and patents to startups as well as incubators. Under this initiative, selected startups and innovators would be given worth INR 1 Cr special incentives.

The minister further said the state’s startup policy would give additional support to women-led entrepreneurs. It would also create special programs for school and college students to boost innovation among them.

Notably, there are more than 800 women-led startups out of 1,700 startups registered in the state.

Centre And States’ Initiatives For Startups

To boost Delhi’s startup ecosystem, CM Arvind Kejriwal virtually announced the Delhi Startup Policy this month. The policy would create a task force of 20 people to oversee startups’ growth in Delhi. The policy would back early-stage startups and offer free trademark as well as patent registration services to startups.

Earlier, the Tamil Nadu government also stepped up its startup policy to help entrepreneurs by building a streamlined database and infusing more than INR 230 Cr in the state’s business ecosystem. The state government was looking to increase the count of startups to 10K by 2026.

While state governments have been vocal on shoring up their startup ecosystem, the Indian government worked upon building a 5G Test Bed for startups. On May 17th, PM Narendra Modi virtually launched the 5G test bed at a recent event.

On the launch, the PM said startups can now test out their 5G-enabled products and services in India. He further added that 5G technology would contribute $450 Bn in the next 15 years.

Addressing the event, the minister of communications Ashwini Vaishnaw said that the 5G stack is in advanced stages and would be ready by the end of 2022 while a 4G stack has been completed by a team of scientists and engineers.